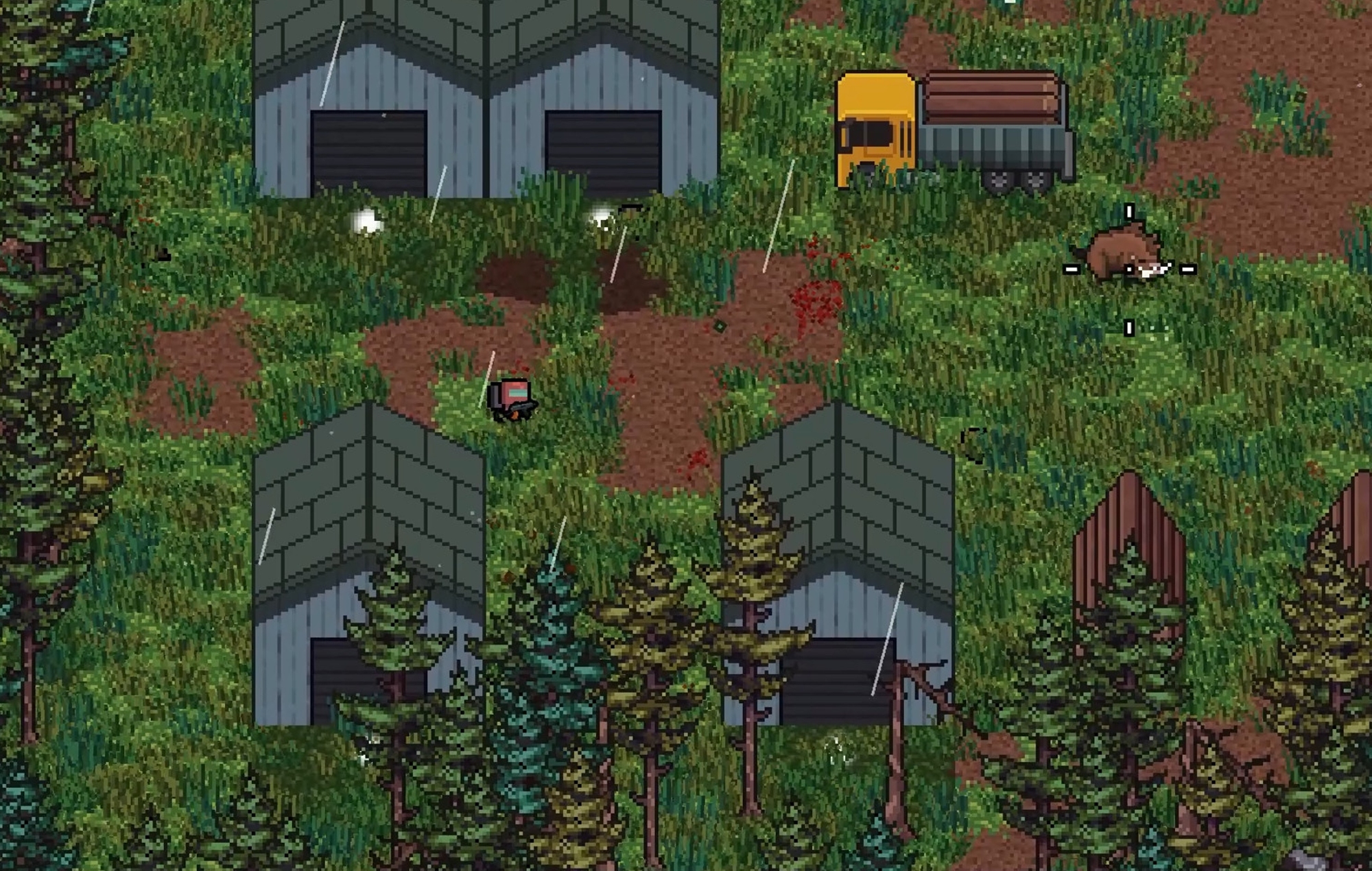 It’s hard, at first, to take 2D extraction-shooter Zero Sievert seriously. You hop off your cutesy train with your cutesy gun to get some cutesy loot for your adorable little mountain base. Then you get pinned in a house and flanked by the ruthless, pixel-cute, bandits.

Behind the charming aesthetic, Zero Sievert is hard as nails. While many games are currently trying to corner the loot and scoot gameplay that made Escape From Tarkov a smash hit, Zero Sievert is one of the few that manages to bring that tense mix of fear and elation to the table. It’s clear to see Tarkov’s influence everywhere: the weapons are similar and you’re trudging around the middle of the Russian wilderness, after all.

Talking to Cabo Studio’s Luca Carbonera, the similarities are by design.

Carbonera says that Escape From Tarkov was a “huge success” and describes the extraction shooter genre that it spawned as “a breath of fresh air to the world of video games.”, and said that while he originally started development trying to make a 2D version of Stalker, a game Tarkov also lists as an inspiration, he started adding more Tarkov-inspired mechanics.

“Tarkov offers a very hardcore experience that not all gamers are ready for,” says Carbonera. “It needs a really large initial time investment to grasp the basics of the game, and until then you cannot fully enjoy everything it has to offer.”

Enter Zero Sievert, which Carbonera hopes will deliver “a more immediate, approachable, and less hardcore version of Tarkov that manages to offer that same thrill of getting in, getting loot, and getting out.”

The game’s 2D perspective offers a lot of new challenges, in terms of play but also development. Instead of a typical first-person shooter perspective which makes it easy to obscure details the player can’t directly see, here Carbonera implements a fog of war. “This fog of war gives a tactical sense that is not present in most 2D shooters,” he explains.

However, despite all of the changes, the real challenge in Zero Sievert was making the AI work. “I’ve always placed a lot of importance on the AI, at the moment it can perform actions such as taking cover, outflanking the player, chasing the player based on the weapon they’re holding. These are very simple actions but they help a lot to make fights more dynamic and interesting.” adds Carbonera. “AI is complicated and complex, so it takes time to revisit it and make the appropriate changes.”

However, the biggest challenge is keeping players entertained once they have completed the journey from zero to hero. In Escape From Tarkov, a lot of the end-game experience involves throwing down with other players – yet Zero Sievert is a single-player game.

“If you look at Tarkov, most of the community plays until they finish all of the traders levels and complete the main quests,” admits Carbonera. “After that they’ll abandon the game until the next wipe.”

“Once the player has acquired the best equipment the game becomes easier and you no longer get the sense of progression that pushes you to keep playing.”

“Right now, the progression in Zero Sievert is quite fast. There are already mechanics that will be added to lengthen it a bit. Here though, I have to be very careful, it is not enough just to lengthen the progression and make it slower, it would make the game more boring and grindy.”

Carbonera says that his “ideal goal” is to give players a sense of progression through equipment that then leads into other long-term progress options such as upgrading their base, harder questlines or even relationships with other factions. Laughing, Carbonera admits it’s a “difficult task to accomplish correctly”, but says he’ll be working with the community and listening to feedback.

It’s not so bad for a game that started out as a hobby project with no expectations, which Carbonera admits was “not going very well” until a video by YouTuber SplatterCatGaming caused the campaign to reach its goal in 24 hours.

“In that month following the Kickstarter campaign I thought I was just very lucky but when several publishers started contacting me I realised that apart from being lucky I also had a potentially good game,” says Carbonera.

I have one final mystery. What’s the deal with the game’s name?

“I don’t remember exactly when I got the idea for the name,” laughs Carbonera. “The bunker is the main hub of the game, the player spends a lot of time there, so it must be a radiation-free zone. Sieverts measure radiation exposure and hence the name Zero Sievert. It’s very simple but it stuck and ultimately I’m glad as I like it a lot.”

A demo for Zero Sievert is currently available to play on PC.

‘Control 2’ is in development, but release will “take a while”