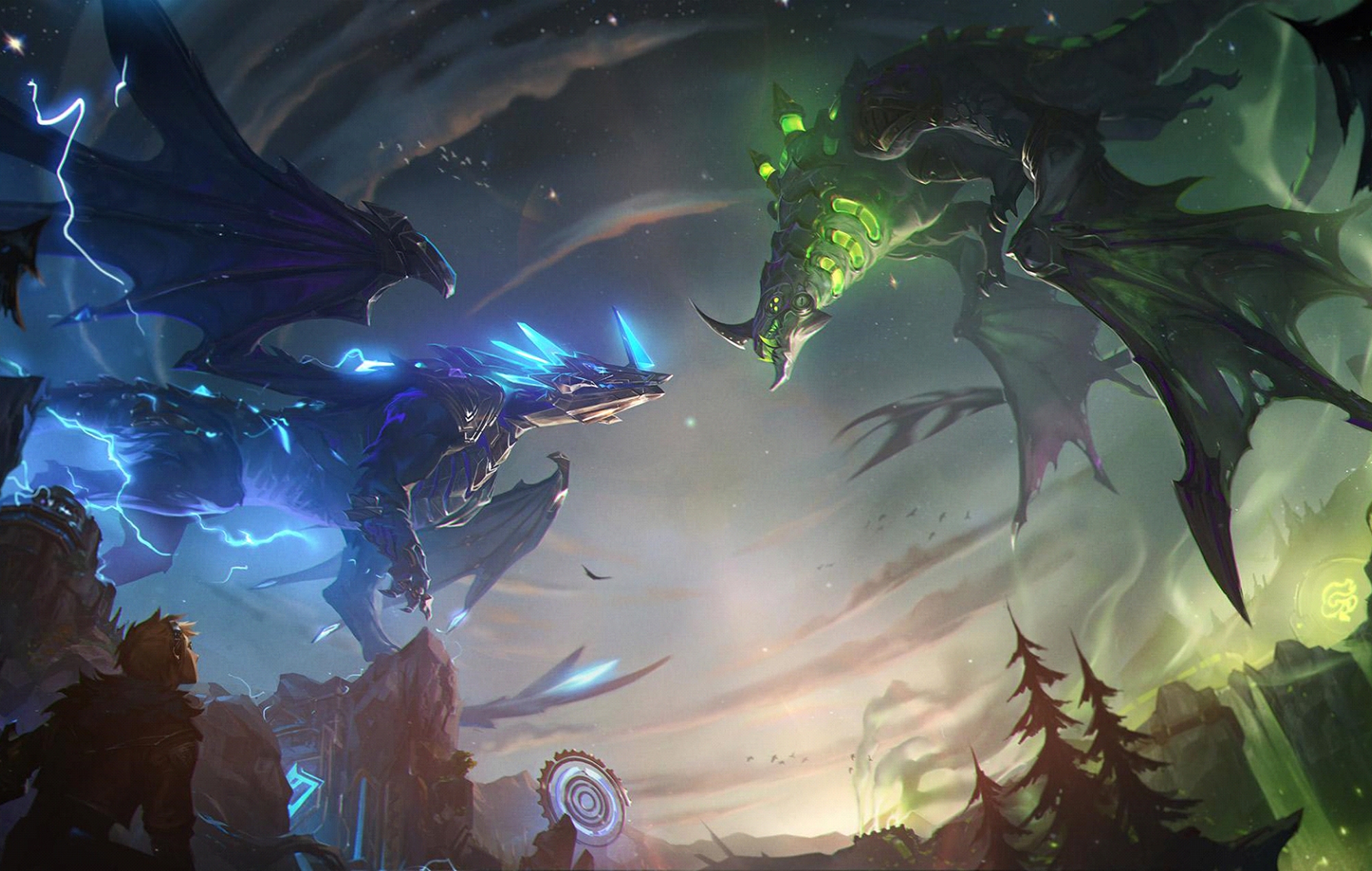 The League Of Legends pre-season changes have been revealed, detailing the return of Chemtech Drake and a host of jungle changes – including the addition of pets.

For this year’s pre-season, developer Riot Games has focused on making big changes to the jungle role.

That includes the return of Chemtech Drake, an elemental Drake that was removed from League Of Legends in January after Riot acknowledged that it was “too frustrating to play with.”

However, much of the unpopular Drake’s features – including the vision-obscuring fod – have been swapped for new abilities. Chemtech Drake’s buff will now grant tenacity and stronger heals and shields, while earning Chemtech Soul will give champions on your team bonus damage if they’re below a certain amount of health.

Additionally, the Chemtech Drake’s environmental effects have been changed. In active matches, Blast Cones will send champions twice as far, Honey Fruits will stop slowing champions and grant a shield, and Scryer’s Bloom will grant movement speed for anyone running toward revealed enemy champions.

The return of Chemtech Drake comes alongside some major changes to jungling that Riot touched on in August. The biggest of which is the addition of pets, which will be companions for junglers to raise in return for powerful buffs.

“These pets will acquire ‘treats’ through monster kills and slowly over time as the game progresses which will help them evolve,” explains Riot. “Once evolved, pets will give their owners Avatar buffs which empower them with different abilities.”

There are three different pets being added, with each supporting a distinct playstyle. The Noxian Embercat will provide its owner with slows and bonus damage, while the Ixtali Ixamander offers shielding with slow resist and tenacity – perfect for tankier junglers. Finally, the Ionian Cloudleaper gives bonus movement speed to players who are looking to have more of an impact across the map.

Beyond pets, jungling is also going to be made easier for new players to learn. This includes recommended jungle pathing, a leashing range indicator, and more detailed pings to communicate with teammates. Teams will also be able to vote on whether to take or leave an objective.

Elsewhere, top laners will be given some experience adjustments to help them “scale faster and hit those key item and level breakpoints faster relative to mid and bot,” and several new Mythic items have been added to the game.

In other League Of Legends news, Riot Games recently shared ‘STAR WALKIN” – this year’s Worlds anthem, which was created with Lil Nas X.

Joined also by Abby, Big Bird, Cookie Monster, and more, the country star performed a song about the

Bjork Bows at No. 2 on Top Dance/Electronic Albums Chart With ‘Fossora’

Plus, moves for Shygirl, Farruko and MK & BURNS.