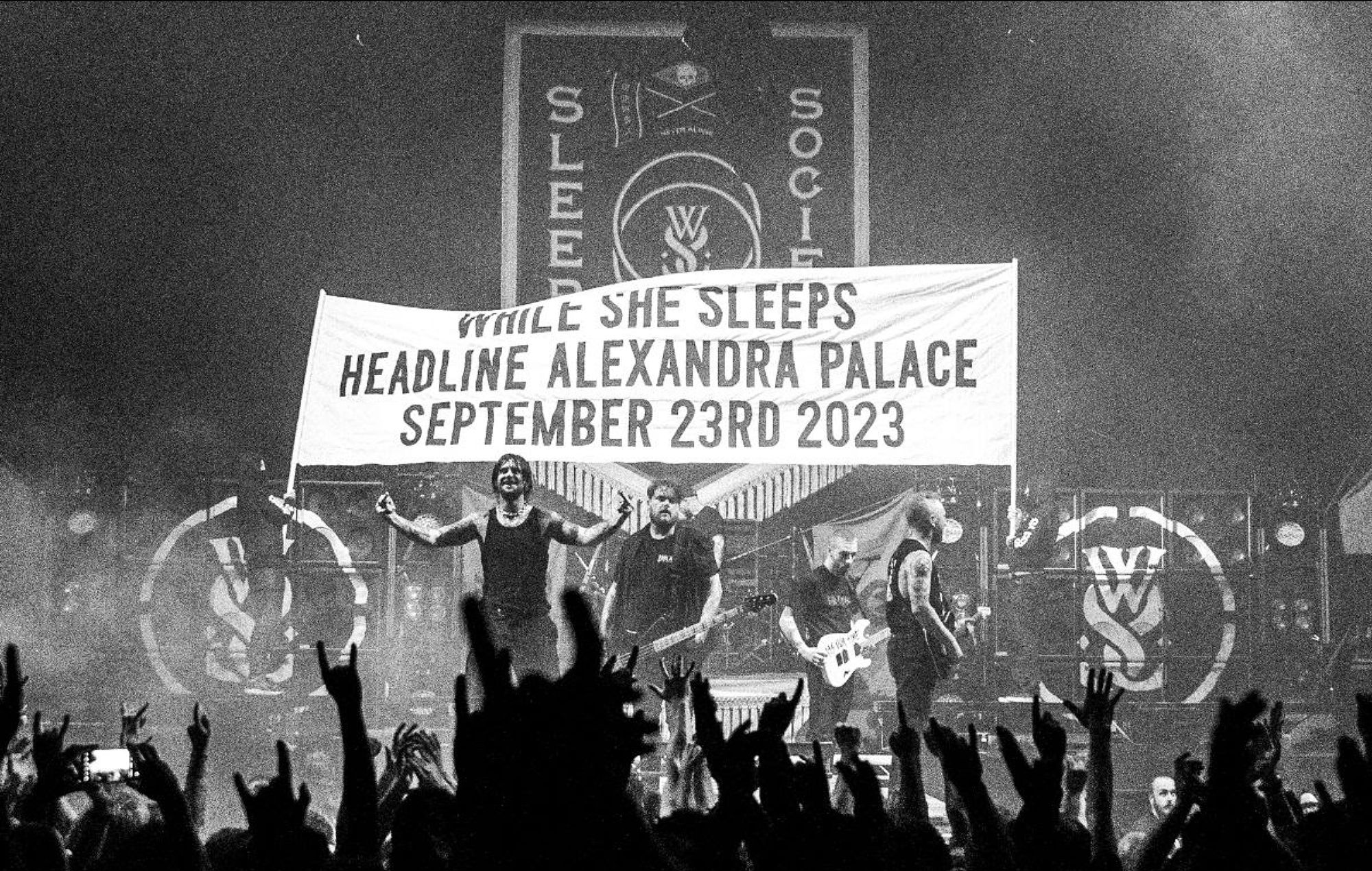 While She Sleeps have announced a headline show at London’s Alexandra Palace next year.

The Sheffield band revealed the news to fans at the same venue on Friday (September 30) where they were supporting Parkway Drive.

During their set, they unfurled a homemade banner at the end of their set to share that they’ll be headlining the palace on September 23, 2023. Tickets for the show go on sale this Friday (October 7) from here.

“We’re gunna be a bunch of fucking punx in a palace, haha,” While She Sleeps said of the gig, adding: “This show will be the embodiment of our entire life’s work.

“Prepare for the biggest Sleeps show imaginable. It’s time for us to take that leap and we’ve never been more ready. For us, headlining our first arena-sized venue is proof that if we can do this, YOU the people have the potential to do anything. We’re here to make our stamp on history, not wait around for permission.”

Earlier this year, the band released a special expanded edition of their latest album ‘Sleeps Society’ (2021), which includes new track ‘Eye To Eye’.

While She Sleeps chose a non-chart-eligible retailer local to them to promote the album, which racked up first week numbers that would have landed them in the Official Charts Top 10.

The metalcore band, who released their fifth album on April 16 last year, independently distributed it in order to provide work to their touring crew in the absence of live music this year.

As a result, ‘Sleeps Society’ was not “eligible” to make The Official Charts. However, the band did the sums and, if sales were in fact being counted as normal, they would have been sitting at Number Four in the midweek charts at the time.

The post While She Sleeps to play headline show at London’s Alexandra Palace appeared first on NME.

Mark Hoppus is writing a book about his life, Blink-182 and cancer journey