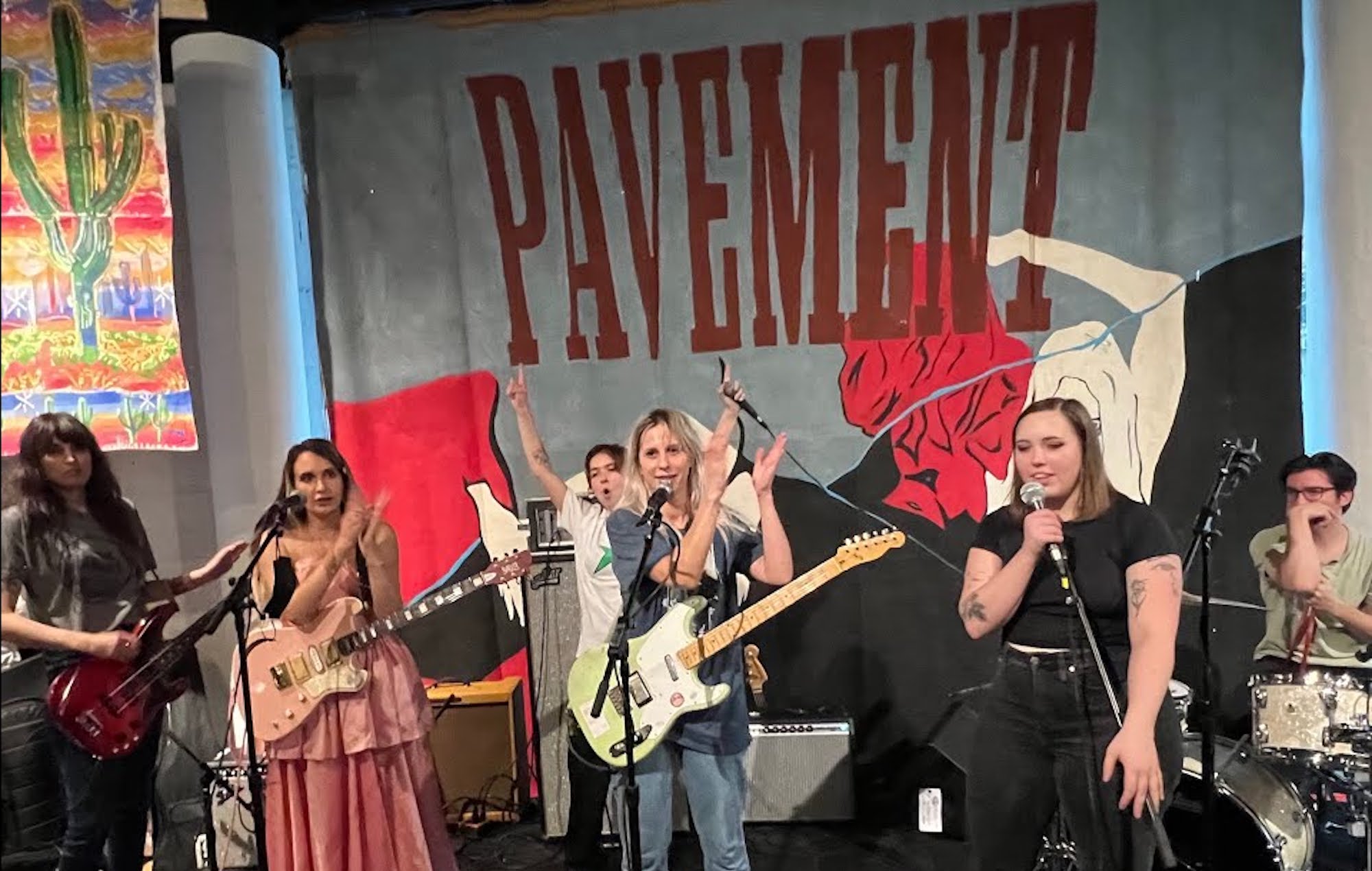 Snail Mail, Soccer Mommy, Bully and Sad13 joined forces this weekend for an all-star cover of Pavement‘s ‘Grounded’ – check out footage below.

The four artists had all been attending a ribbon-cutting event for the new pop-up Pavement Museum in New York City, which was opened last week to mark the start of the reunited band’s residency at the city’s Kings Theatre.

Pavements 1933-2022: A Pavement Museum promises “artifacts and archival material spanning the band’s 30+ year history,” as well as “previously unseen imagery, artwork and ephemera, commendations and commemorations, alongside rumored relics of the band’s real and imagined history (as well as exclusive merchandise and classic museum souvenirs).”

Watch the four indie singer-songwriters take on ‘Grounded’ below.

Pavement – Stephen Malkmus, Scott “Spiral Stairs” Kannberg, Mark Ibold, Bob Nastanovich and Steve West – first revealed their intention to reunite once again back in 2019, though their comeback shows have been delayed by the coronavirus pandemic.

The band played their first gig in 12 years in Los Angeles back in May, before kicking off their latest reunion tour proper by headlining Primavera Sound Barcelona and Porto in June 2022.

After their current US tour, the band will embark on a UK and European tour later this month. Beginning in Leeds on October 17, 2022, Pavement’s UK tour will take in stops in Glasgow, Edinburgh and Manchester before four dates at London’s Roundhouse from October 22-25.

You can check out Pavement’s 2022 UK and European tour schedule below, with UK tickets on sale here.