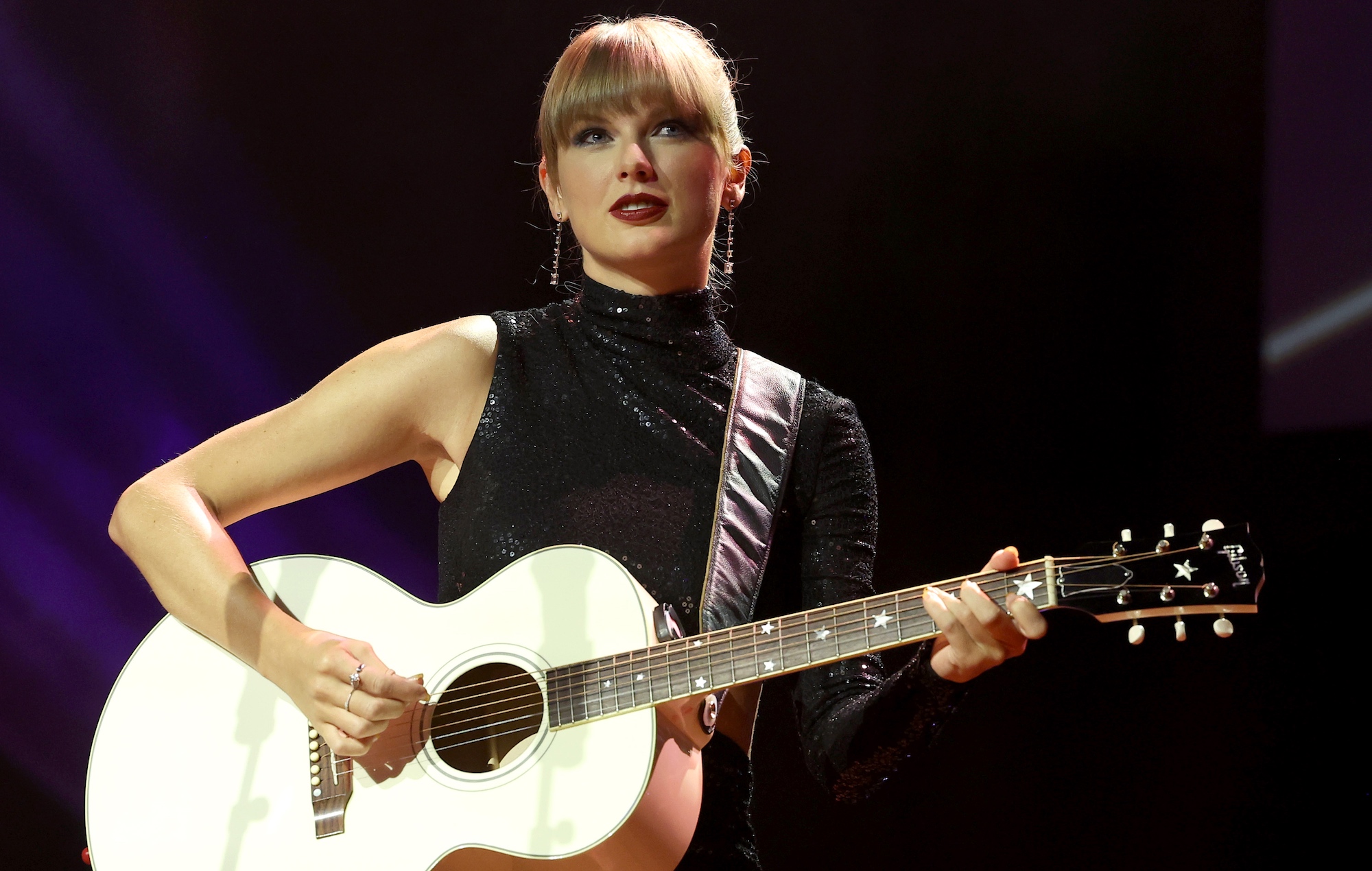 Taylor Swift has revealed more lyrics from ‘Midnights’ on a series of billboards around the globe – check out the posts below.

The singer-songwriter is set to release her 10th studio album tomorrow (October 21). It’ll feature the single ‘Anti-Hero’ as well as a collaborative song with Lana Del Rey called ‘Snow On The Beach’.

At midnight on Monday (October 17), Swift began a week-long run of lyric reveals in partnership with Spotify. The line “I should not be left to my own devices…” appeared on a huge screen in Times Square, New York City.

Another lyric then popped up in London, reading: “I polish up real nice.”

In São Paulo, Brazil, a billboard displayed the following line: “Just like clockwork, the dominoes cascaded in a line.” An advert in Swift’s hometown of Nashville, Tennessee revealed the lyrics: “Did you ever have someone kiss you in a crowded room?”

A screen in Mexico City then shared the words: “Breathe in, breathe through, breathe deep, breathe out.” Check out the posts below.

Another lyric goes up in lights, like diamonds in the sky #TSmidnighTS https://t.co/3gJ6Hslpm6 pic.twitter.com/NOsPN6bk3w

Now I’m standing alone in a crowded room… in Nashville

We can't breathe without you, Mexico City

Additionally, the Spotify mobile pre-save page for ‘Midnights’ contains clips that see Swift talk through “five things that kept me up at night” and helped inspire her imminent new record.

The first thing, Taylor said, was “self-loathing”. Swift explained in a later video: “The second thing that kept me up at night: fantasising about revenge.” She told fans that the other three things were “wondering what might have been”, “falling in love” and “falling apart”.

See those videos below.

| Taylor Swift is sharing 5 things that inspired #TSmidnighTS for @Spotify

1. Self loathing
2. Fantasizing about revenge pic.twitter.com/8nfvpx2ahY

| Taylor Swift is sharing 5 things that inspired #TSmidnighTS for @Spotify

1. Self loathing
2. Fantasizing about revenge
3. Wondering what might have been
4. Falling in love pic.twitter.com/pd6gxipOLz

| @taylorswift13 will be sharing 5 things that inspired Midnights

1. Self loathing
2. Fantasizing about revenge
3. Wondering what might have been
4. Falling in love
5. Falling apart pic.twitter.com/6bPqCzYElX

Last month, Swift confirmed that her longtime collaborator Jack Antonoff had worked on ‘Midnights’. The singer has since shared the 13-song tracklist for the album, which follows on from 2020’s ‘Folklore’ and ‘Evermore’.

Following the LP’s release, Swift will appear as a guest on Monday’s episode of The Tonight Show Starring Jimmy Fallon (October 24) before dropping by The Graham Norton Show next Friday (October 28).

Meanwhile, a post on Swift’s official website has confirmed that the star is due to announce an upcoming live tour.

Fans who pre-order ‘Midnights’ from her official UK store will receive a pre-sale code to access “forthcoming and yet to be announced Taylor Swift show dates”, the site states.

Swift has teased that a “special very chaotic surprise” is also coming this Friday.

Recently, Swift declared the track ‘Anti-Hero’ to be “one of my favourite songs I’ve ever written”, and noted of its significance: “I really don’t think I’ve delved this far into my insecurities in this detail before.”

Want to Watch Harry Styles in ‘My Policeman’? Here’s How to Stream the LGBTQ+ Drama for Free