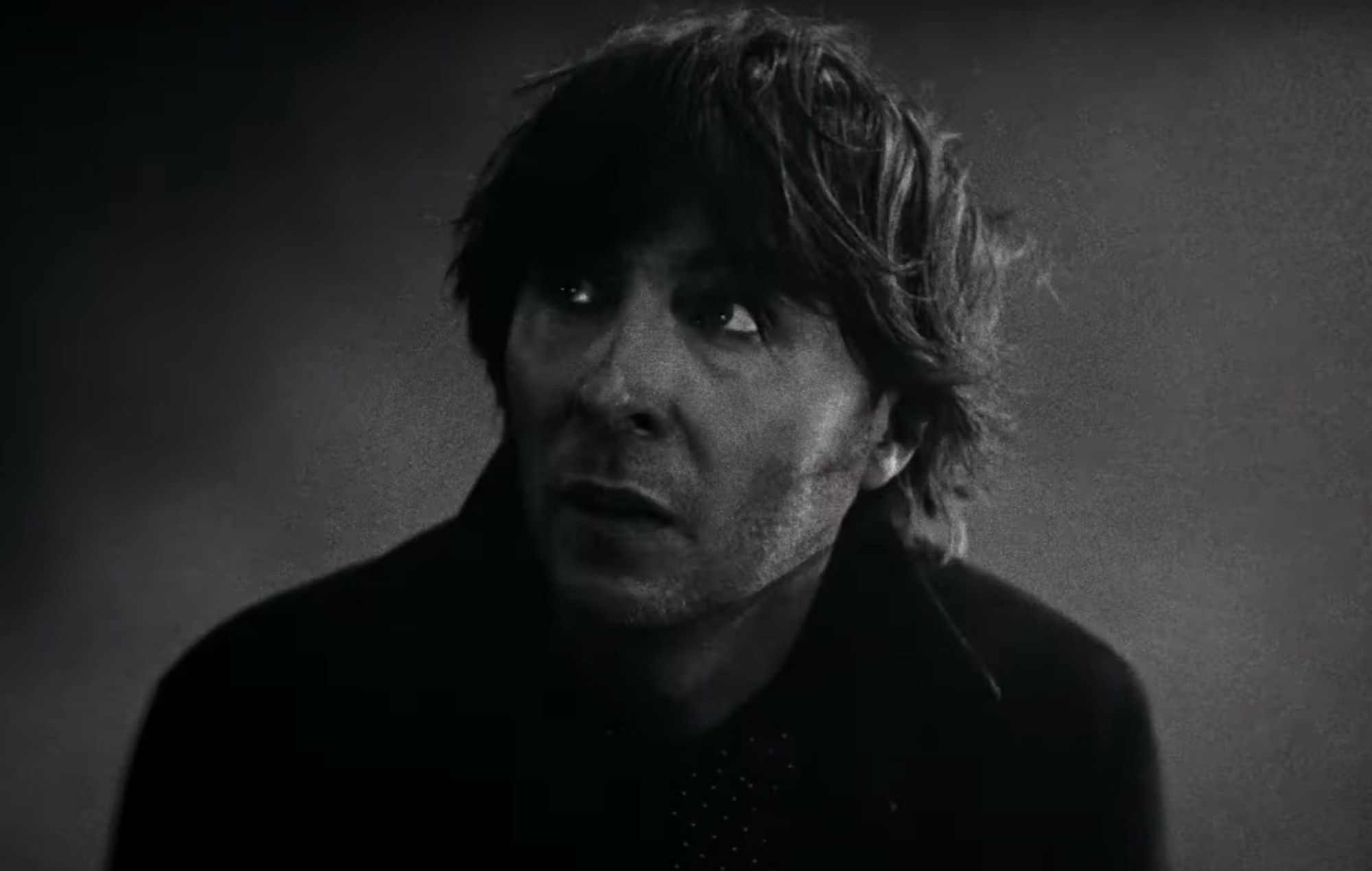 ‘Winter Solstice’ marks Phoenix’s first song to not be crafted collectively by the band in the studio, with frontman Thomas Mars writing the track’s stream-of-consciousness lyrics to a beat sent remotely by fellow bandmates Deck d’Arcy, Laurent Brancowitz and Christian Mazzalai.

The track sees Mars sing in distorted vocals atop building synths, musing on “fine jewellery” and “girls playing hula hoop”. ‘Winter Solstice’ is accompanied by a music video, which was directed by Warren Fu. The clip finds Mars perched on a cloud-covered mountain peak, interspersed with trippy visuals of disembodied eyes. Watch that below.

‘Winter Solstice’ follows previous ‘Alpha Zulu’ singles ‘Tonight’ and the title track, all coming ahead of the album’s release on November 4. First teased in August, Phoenix’s seventh studio album is set to take the French band to “bold new sonic horizons”, according to a June press release.

‘Alpha Zulu’ will mark the follow-up to Phoenix’s 2017 album ‘Ti Amo’. Speaking of the imminent project – which was recorded during the pandemic in Paris’ Musée des Arts Décoratifs museum – in an interview with NME, Mars said ‘Alpha Zulu’ will encompass a broad range of diverse sounds.

“We realised at this late point of making ‘Alpha Zulu’ that it was very broad in sound and we should emphasise this spread,” Mars said. “Some albums you want to focus on something specific, but, like our first one [‘United’, 2000’], we wanted to embrace that diversity in a place like this.”

In other Phoenix news, the frontman recently discussed the band’s collaborative kinship with Vampire Weekend, whose frontman Ezra Koenig features on ‘Tonight’. “There’s always been a synchronicity with us and Vampire Weekend,” Mars said of the fellow band, “We’re curious about the same things and we’re reaching for the same sounds and inspirations.”

Listen to Circa Waves’ new single ‘Living In The Grey’