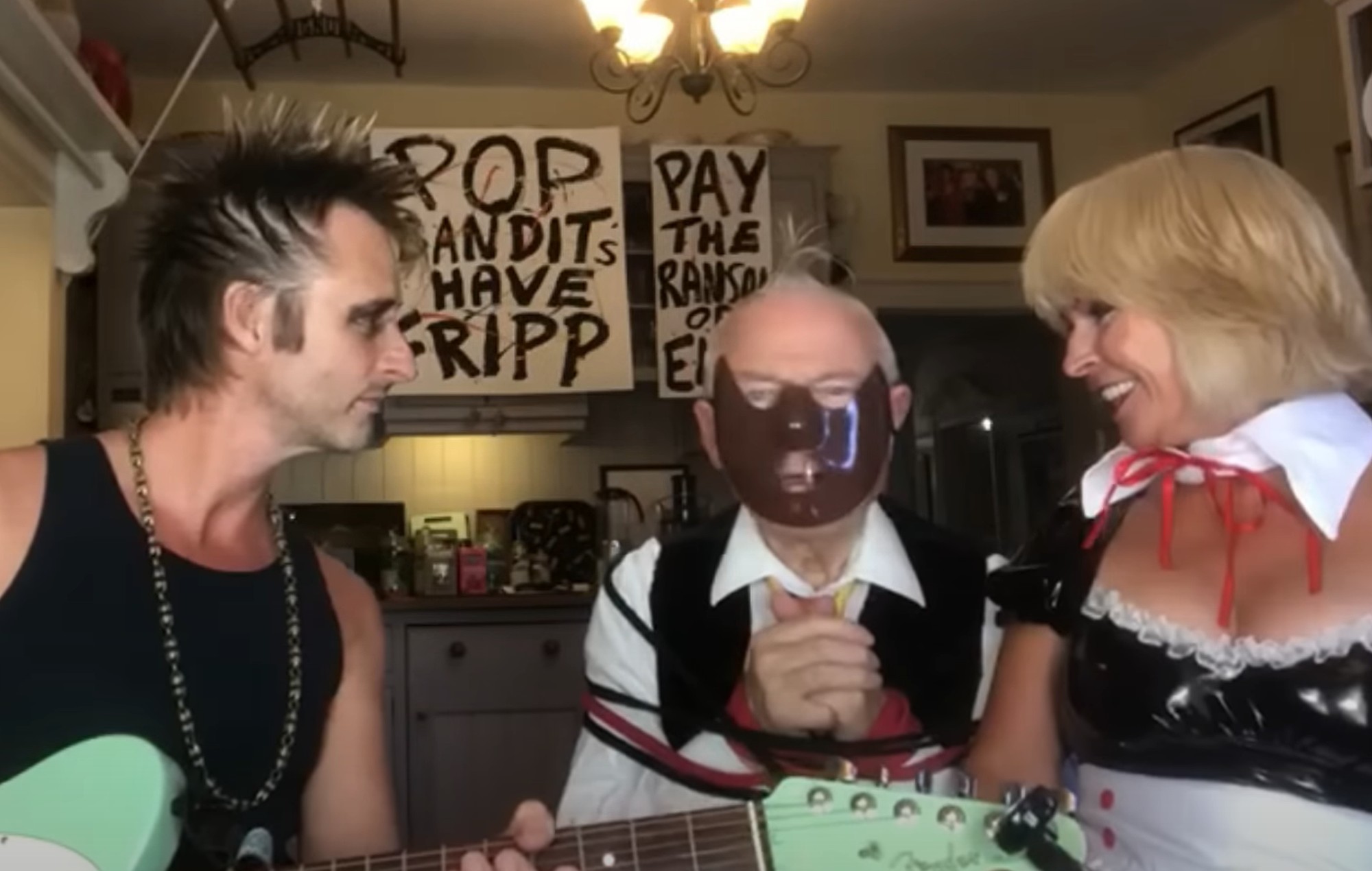 It’s the fourth time in recent weeks that Hawkes has joined the pair, after they enlisted him for ‘Summer Of 69’, ‘Mr Brightside’ and a rendition of his own song, ‘The One And Only’.

There’s a lot going on in the ‘Stacy’s Mom’ cover, which sees a mohawk-wearing Hawkes taking on lead vocals and guitar. Behind him, Willcox – dressed in a latex maid’s outfit – is tying up her husband, Fripp, who sports a Hannibal Lecter-style mask. Fripp and Willcox interject with backing vocals throughout the chorus, though Fripp is muffled by his mask.

As per the YouTube caption, the instalment is the finale of their mini-season with Hawkes – check it out below.

Fripp and Willcox began their Sunday Lunch series back in 2020 during the coronavirus pandemic, and have been delivering weekly episodes since. So far, they’ve covered a vast range of tracks, including Pantera’s ‘5 Minutes Alone’, Lenny Kravitz’s ‘Are You Gonna Go My Way’, Limp Bizkit’s ‘Nookie’ and Billy Idol‘s ‘Rebel Yell’, among many others.

They also recently performed a rendition of David Bowie‘s ‘Heroes’ in dedication to the late Queen Elizabeth II.

Speaking to The Guardian last year, Willcox said the series came about as a way to keep Fripp entertained and inspired during lockdowns, saying: “he was withdrawing, so I thought: ‘I’m going to teach him to dance.’ And it became a challenge.”

Britney Spears Dismisses the Idea of a Biopic About Her Life: ‘Dude I’m Not Dead!!!’