Skip to the content
HomeLive ReviewsMachine Gun Kelly live in London: pop-punk spectacle with stadiums in its sights

Machine Gun Kelly live in London: pop-punk spectacle with stadiums in its sights 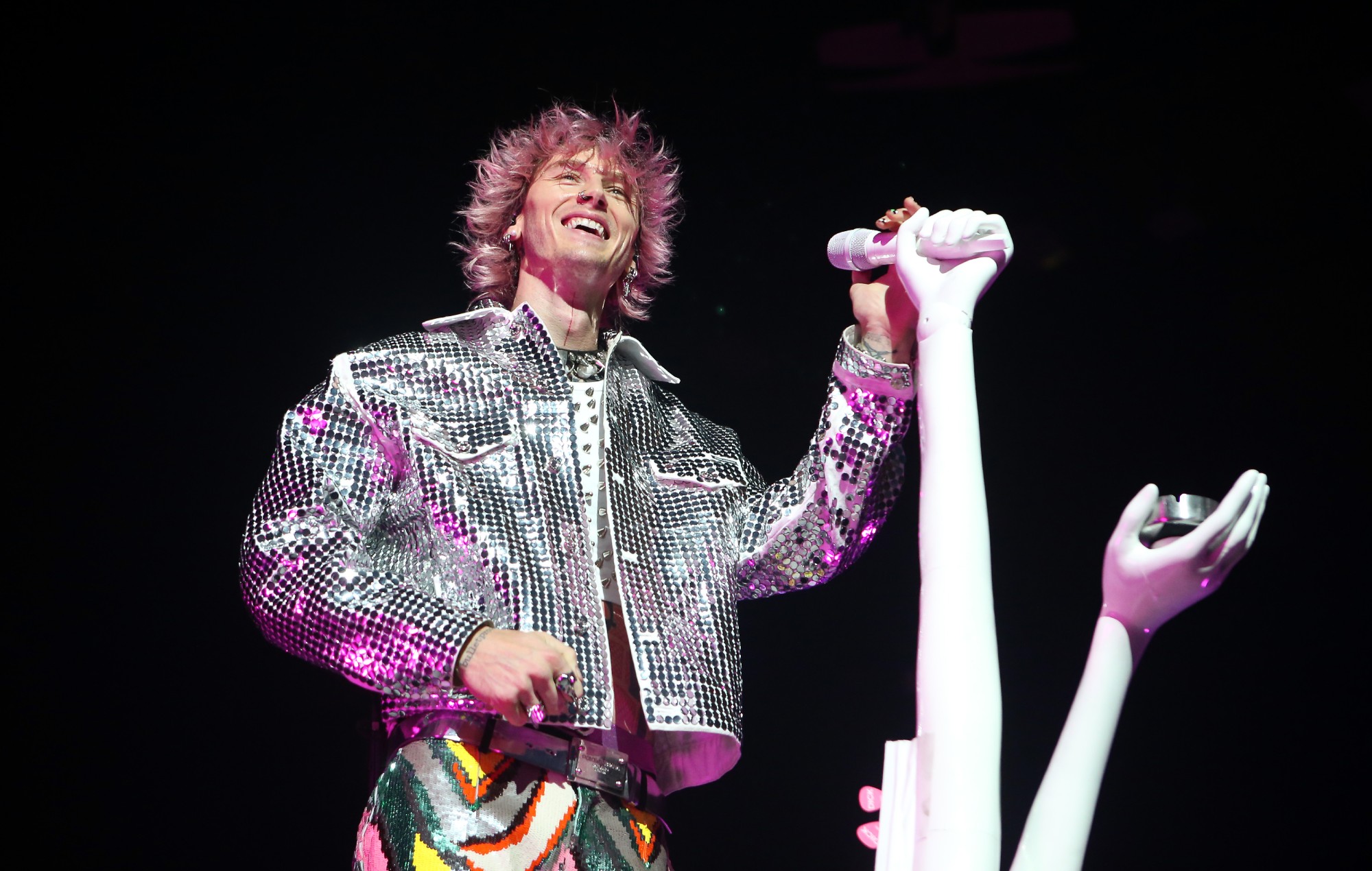 “Welcome to the best show on earth, motherfuckers,” declares Machine Gun Kelly midway through the first UK date of his ‘Mainstream Sellout’ world tour. It’s a swaggering bravado that dominates the two-hour, 29-track show from its first seconds, when he appears on Wembley Arena’s stage via pink helicopter. Later, a giant inflatable creature appears, seemingly borrowed from Muse’s big box of spectacular tricks, and there’s also so much fire that stagehands have to physically push the backdrop away from the eruptions so the sold-out venue doesn’t burn down.

At one point, MGK tells the crowd the owner of Reading & Leeds is watching tonight’s show (“I think one day very, very soon, Machine Gun Kelly should be headlining that festival”) before going on to talk about watching Foo Fighters play the venue next door in 2008. “My goal is to play Wembley Stadium,” he declares.

It might sound arrogant, but Machine Gun Kelly has the songs to back it all up. Across the mammoth set, he veers between angsty pop-punk (‘Concert For Aliens’), atmospheric stadium rock (‘Lonely’), trap (‘Don’t Sleep, Repeat’ with support act 44phantom), a medley of heartfelt acoustic tracks and intense rap (‘Floor 13’) with the crowd lapping up every shift with the same excitable reaction. Skepta appears early on for a hammering rendition of ‘Praise The Lord’ while later on, Yungblud joins him for a hyperactive ‘Acting Like That’ and breakout anthem ‘I Think I’m OKAY’, which helped kickstart the whole pop-punk revival back in 2019. Tonight is proof it was so much more than a phase.

Machine Gun Kelly is looked down on by a lot of the people who lived through the original ‘00s boom of the genre, and during the show, that inflatable monster – representing The Internet – vocalises anonymous criticisms about the star. “You’re a poser, you can’t play guitar, I thought you were supposed to be a rapper.” A fiery ‘Papercuts’ explains how he “saw the limit, and took it farther”, while after the song, he tells the crowd to “never listen to an invisible room full of insecure fucks. You always stay true to what you love. Thank you for having the balls to be yourself.”

There might be a lot of nostalgia in Machine Gun Kelly’s music, with its nods to Blink 182, Sum 41 and Guns N’ Roses, but the majority of the crowd tonight isn’t old enough to have lived through it before. More than that, though, he uses the songs to talk bluntly about everything from smoking weed to depression, loss and isolation. “If you ever feel lonely, just press play and I’m right here,” he says. Later, he speaks about touring with “one of the greatest bands of all time”, Linkin Park, and the loss of vocalist and “great human being” Chester Bennington. “I encourage you to go live this short life. I know this shit is fucking hard, but nights like this make it worth it.” It’s little wonder an entire generation looks up to him.

Making Wembley Arena feel intimate, Machine Gun Kelly owns the stage for the duration of the concert. Backed by a five-piece band, the aggressive moments from his past two albums shake the foundations of the venue while cuts from the rap-heavy ‘Hotel Diablo’ inspire countless moshpits. The last time he was in London, it was at Brixton Academy, “and it didn’t look like this,” laughs MGK before promising, “We are just beginning”. After tonight’s show, all bets are off about what comes next.

The post Machine Gun Kelly live in London: pop-punk spectacle with stadiums in its sights appeared first on NME.

Paramore at intimate Manhattan gig: “We’re really proud of the diverse fucking crowds that come to our shows”