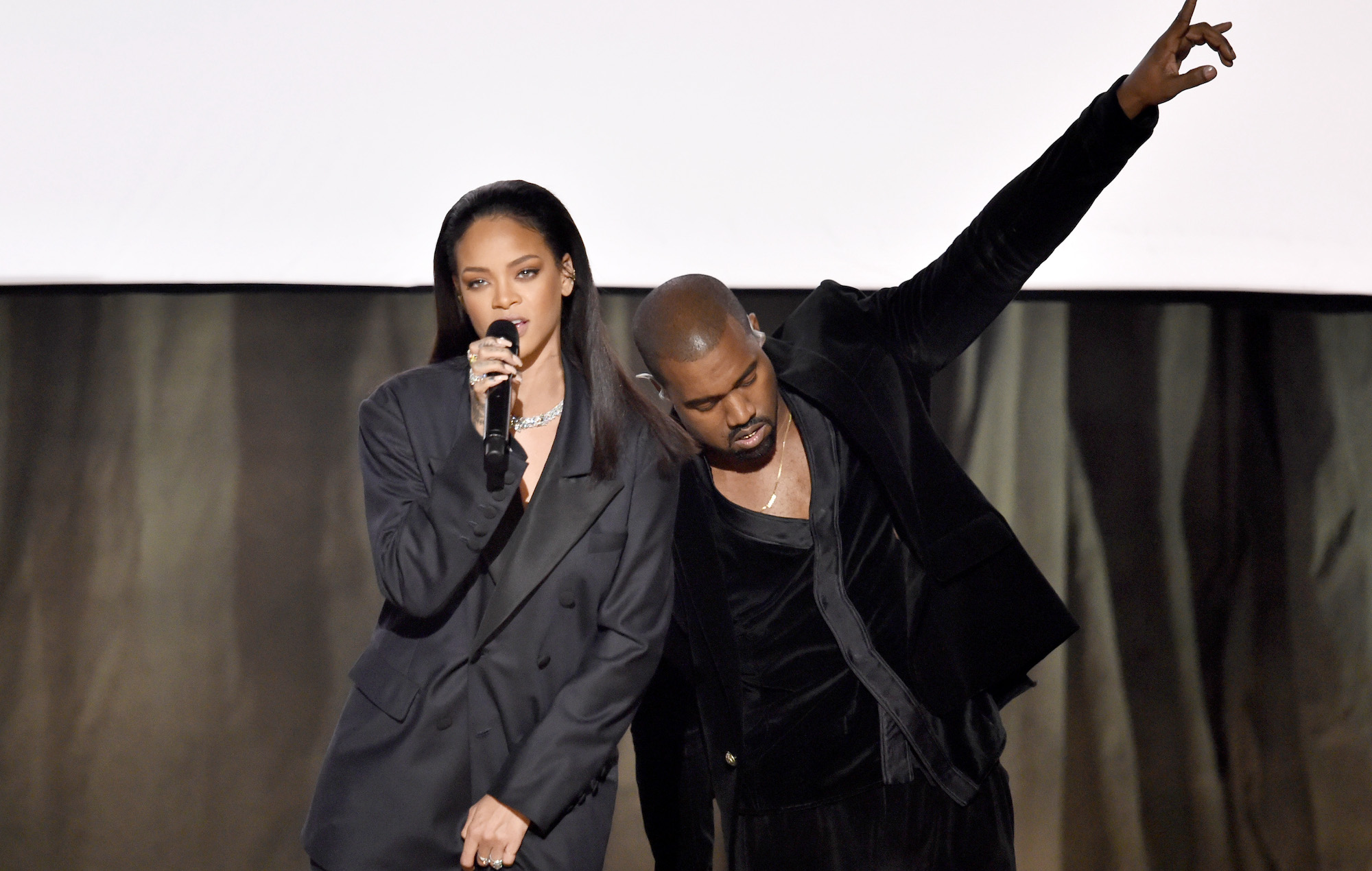 Kanye West has hinted that he may be involved in Rihanna‘s Super Bowl halftime show early next year.

As revealed last week, Rihanna will play the legendary slot on February 12, 2023 after she turned down the offer to play the 2019 show in a bid to show solidarity with Colin Kaepernick, the former San Francisco 49ers quarterback who was the first NFL player to take a knee in protest against police brutality in 2016.

Last Friday (September 30) West added fuel to rumours that he may appear alongside Rihanna at the show.

On his Instagram Stories he shared a Daily Mail article about 50 possible guests that may join Rihanna at her show, one of whom was Kanye himself. No caption or further comment was shared.

Kanye to perform at the Super Bowl ?? pic.twitter.com/q5Slc0o8aw

Elsewhere this weekend Kanye made his debut as a catwalk model, repping Balenciaga at Paris Fashion Week. West made his appearance, which was not announced before the show started, nor acknowledged during it, by strutting down the catwalk in a boxy black jacket and trouser combo. The jacket was lined all over with bulky, zippered pouches and a tag reading “SECURITY”, while the pants glistened with a glossy sheen.

Meanwhile, West has made waves in recent months for his own fashion enterprises. Last month he filed a number of new trademarks to expand his Donda Sports clothing brand, formally severed ties with Gap and hit out at the head of Adidas, revealing his plans to go entirely solo in the fashion sphere.

September also came with the leak of footage that showed West previewing new songs that he created with James Blake.