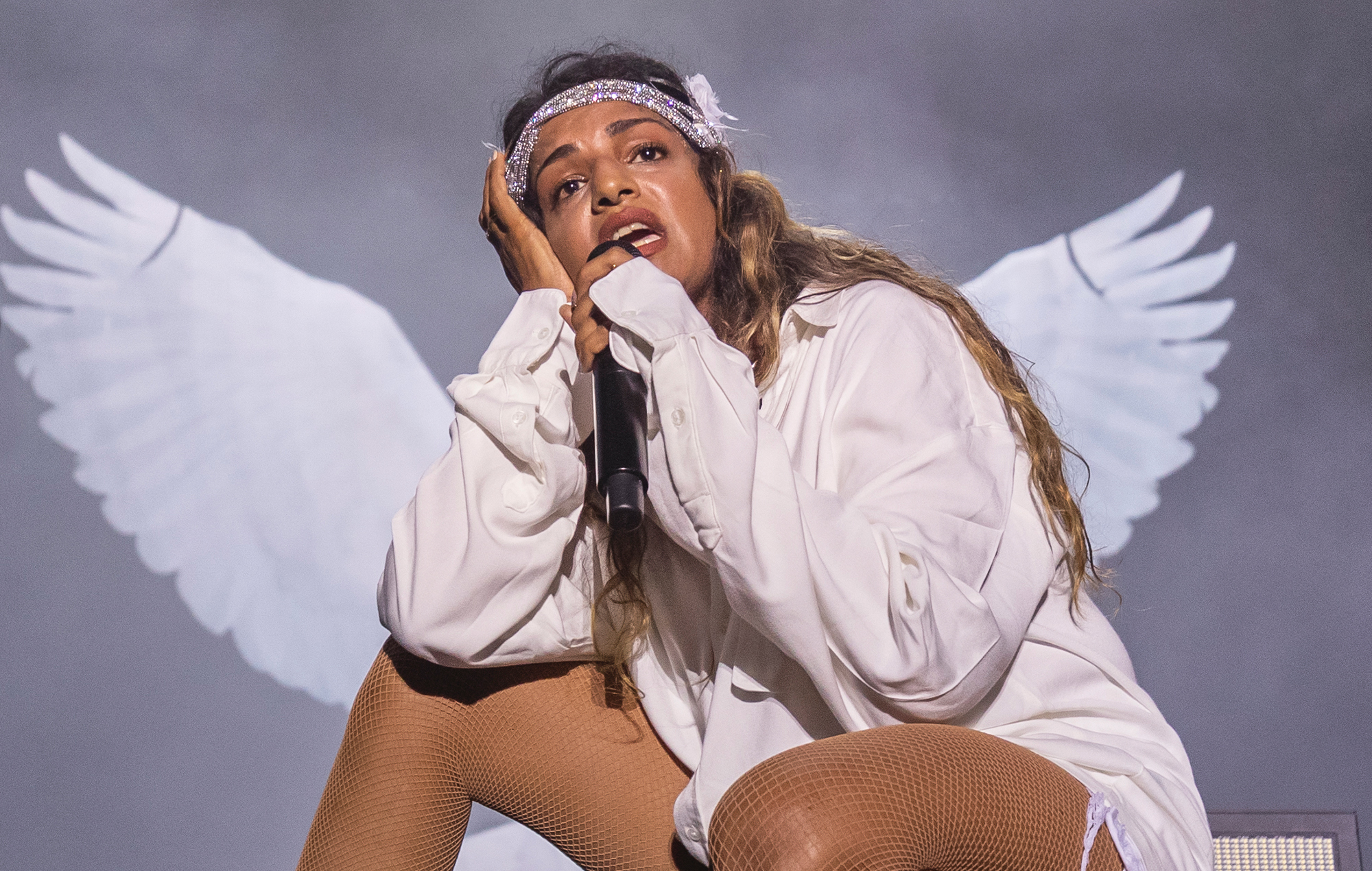 M.I.A. has revealed that she’ll no longer be involved in this year’s GQ Men Of The Year Awards, with the magazine severing ties with her over controversial tweets about vaccines.

Last Thursday (October 13), the artist – whose real name is Mathangi Arulpragasam – shared a series of tweets comparing vaccines for COVID-19 to Alex Jones’ reprehensible conspiracy theories about the 2012 Sandy Hook massacre. Earlier that day, Jones was ordered to pay nearly $1billion in damages to the families of the victims he’d slandered, having spent much of the past decade spreading falsehoods about the legitimacy of the shooting.

In her first Tweet, Arulpragasam posted the rhetorical question that if Jones was to face consequences for lying, “shouldn’t every celebrity pushing vaccines pay too?”

In a follow-up, she further compared Jones’ misinformation to “Pfizer lying”, sharing a screenshot of her Twitter’s ‘trending’ page that showed an article about Jones’ trial next to one about the effect of vaccines on COVID transmission. She accompanied it with the declaration that “if you have no critical thinking faculty, this is about as crazy as we should get before a nuclear war wipe out the human race [sic]”.

If Alex jones pays for lying shouldn’t every celebrity pushing vaccines pay too ?

Alex jones lying and Pfizer lying both trending . One with penalty other without. If you have no critical thinking faculty, this is about as crazy as we should get before a nuclear war wipe out the human race. pic.twitter.com/li0yz5qHvj

After Arulpragasam’s tweets went viral – with most commenters pointing out the absurdity of her comparison and sharing proof that vaccines are largely effective – a representative for GQ appeared to reach out to somebody on her team, alerting them that the magazine would be cancelling plans it had to collaborate with her.

Arulpragasam herself shared a screenshot of the message, which explains that “due to [the] controversial nature” of the artist’s “Twitter activity”, GQ would be cancelling her involvement in its 2022 Men Of The Year Awards, as well as a planned photoshoot. It’s unclear what role Arulpragasam was to have in the Awards, which are slated to be celebrated on Wednesday November 16.

In a caption shared with the screenshot, Arulpragasam wrote: “You print words for living [sic]. How do you judge man of the year when you don’t have balls?”

You print words for living . How do you judge man of the year when you don’t have balls ? pic.twitter.com/2dMlu0MAVJ

A day after Arulpragasam made comparisons between the COVID-19 vaccine and Alex Jones’ conspiracies, she was profiled by The Guardian, who asked her about her views on vaccine skepticism. On the topic, she said: “The language they use to attack anybody is to say: ‘Oh, she’s an anti-vaxxer’ or blah blah blah. And it’s like, no, not really.

She added: “What is the existence that you are trying to protect by giving me a vaccine if I can’t even have an experience and process that information in my own brain and come to some sort of conclusion? And live within a society where I have to make choices every day?

This is not the first time Arulpragasam has aired polarising views on the COVID-19 vaccine. In 2020, the artist responded to backlash after saying that she would “choose death” over being vaccinated. She later clarified that while she’s “not against vaccines”, she doesn’t want them produced by “companies who care more for profit [than] humans.”

In the wake of that controversy, Arulpragasam claimed that British Vogue pulled a feature on her, quoting its editor as saying: “Considering our August is an issue where we’re chronicling the struggles of the NHS to cope while a vaccine is tried to be made we don’t feel we can have her involved. It just wouldn’t be right. All of our issues July-September will be supporting the frontline healthcare workers and we need to be respectful of them and all they are doing until a vaccine exists.”

Arulpragasam’s new comments overshadowed the release of her sixth studio album, ‘MATA’, which arrived last Friday (October 14) and was previewed by singles ‘The One’, ‘Popular’ and ‘Beep’. In August, she partially attributed the album’s lengthy rollout to delayed guest spots from Doja Cat and Nicki Minaj (which do not appear on the album), saying that “if [the album] isn’t out [in September] I will leak it myself”.

How to watch the Nintendo Indie World Showcase