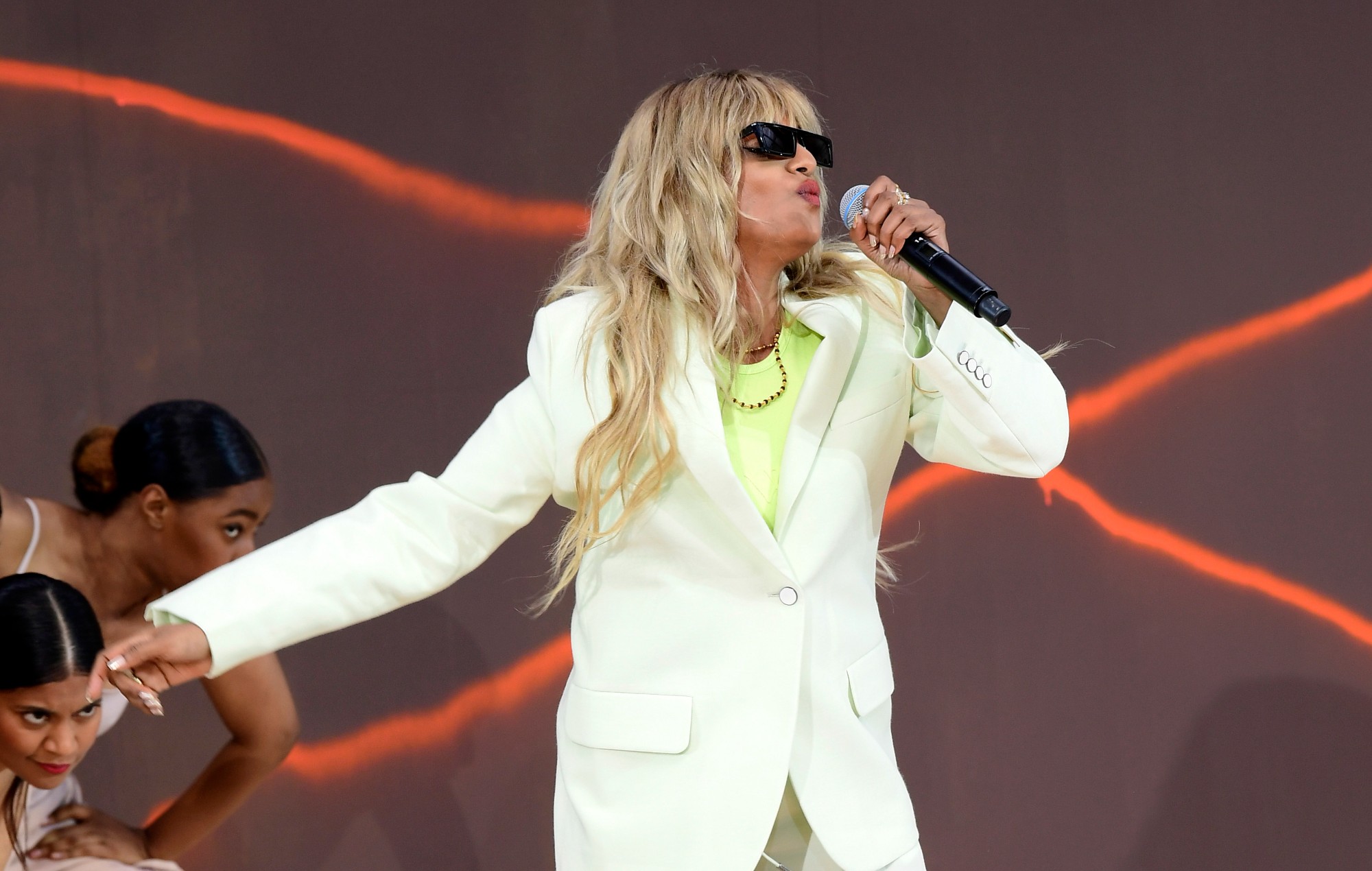 M.I.A. has garnered backlash for a tweet she sent comparing alt-right figure Alex Jones’s falsehoods about the Sandy Hook shooting to celebrities “pushing” COVID-19 vaccines and suggesting the latter, too, should “pay for lying”.

In a tweet shared today (October 13), the rapper and singer referenced conspiracy theorist Alex Jones, who was this week ordered to pay nearly $1billion in damages after falsely claiming for years that the 2012 shooting at Sandy Hook Elementary School never happened. “If Alex jones pays for lying shouldn’t every celebrity pushing vaccines pay too?” she wrote.

In a follow-up tweet, M.I.A. further compared Jones’ misinformation to “Pfizer lying”, sharing a screenshot that showed both an article about Jones’ trial and a trending Reuters Fact Check article from 2021 about the effect of vaccines on COVID transmission. “Alex jones lying and Pfizer lying both trending,” she wrote, “One with penalty other without.”

She continued: “If you have no critical thinking faculty, this is about as crazy as we should get before a nuclear war wipe out the human race.”

If Alex jones pays for lying shouldn’t every celebrity pushing vaccines pay too ?

Alex jones lying and Pfizer lying both trending . One with penalty other without. If you have no critical thinking faculty, this is about as crazy as we should get before a nuclear war wipe out the human race. pic.twitter.com/li0yz5qHvj

Actor Elijah Wood was among those reacting to M.I.A.’s tweet, replying to the singer with an incredulous “ummmm…what?”. See his response and others below.

You’ve turned into a joke

Mathangi Maya Arulpragasam, I’m gunna need you to use your critical thinking skills to recognize these two things are not in the same universe as the other. Alex Jones is a white supremacist terrorist who caused undue harm to families.

Pfizer has a contract dispute. pic.twitter.com/xyypzMWA0y

These two things are the same. I am very clever. pic.twitter.com/TQoP0n7wlU

Oh darn it, I did not have “M.I.A. pushing extreme anti-vaccine revenge fantasies” on my 2022 bingo card

It’s not the first time M.I.A. has aired polarising views on the COVID-19 vaccine. In 2020, the singer responded to backlash after saying that she would “choose death” over being vaccinated. She later clarified that while she’s “not against vaccines”, she doesn’t want them produced by “companies who care more for profit [than] humans.”

M.I.A.’s comments come ahead of her sixth studio album, ‘MATA’. The project is dropping this Friday and has been previewed by singles ‘The One’, ‘Popular’ and ‘Beep’. Her last album was ‘AIM’, which dropped in 2016. In August, M.I.A. partially attributed the lengthy album rollout to delayed featured verses from Doja Cat and Nicki Minaj, saying that “If Mata isn’t out [in September] I will leak it myself.”