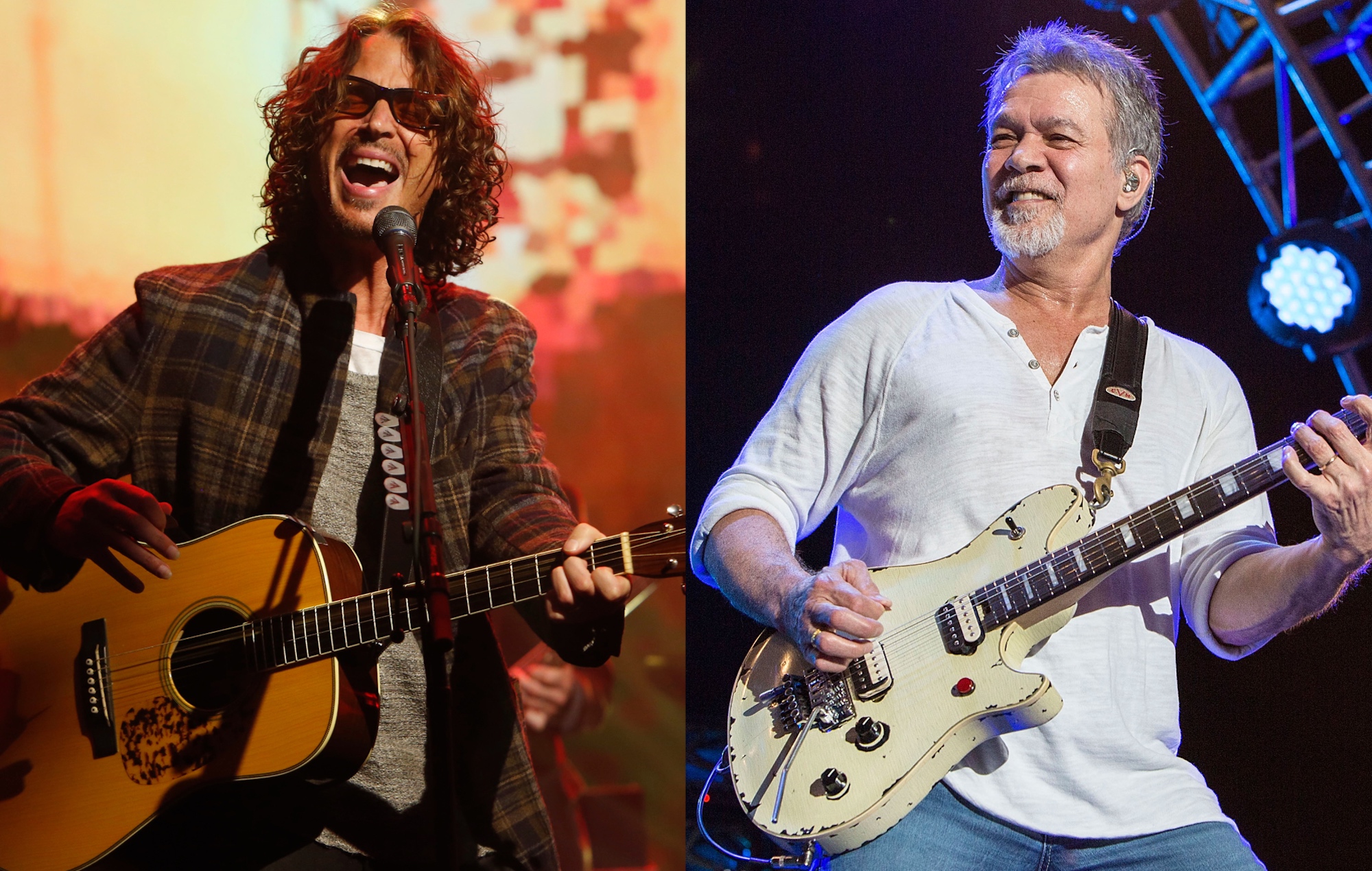 One of Chris Cornell‘s former collaborators has claimed the late Soundgarden and Audioslave frontman came close to recording a song that featured guitar parts by Eddie Van Halen.

During an appearance on The Mitch Lafon and Jeremy White Show podcast, Thorn – who toured as a guitarist with Cornell, and recorded additional guitars on a handful of tracks from Cornell’s 2009 album ‘Scream’ – recounted just how close a collaboration between the two rockers was to becoming a reality.

“They were buddies… Eddie always wanted to do something with Chris, musically,” Thorn said. “He loved his voice and he used to be like, ‘Man, I love him. We were always talking about doing something together.'”

Thorn helped produce versions of ‘Scream’ cuts ‘Long Gone’ and its title track, and it’s during those sessions that Cornell had the idea of enlisting Van Halen to record some parts. “[Cornell and I were] in a parking lot listening to them in my car, I remember, and he looked at me and he said, ‘Hey what do you think if we got Eddie to work on this?'”

Thorn was able to get in contact via Friedman Amplification founder Dave Friedman, and ended up meeting Van Halen at the legendary guitarist’s 5150 Studios. After being shown the tracks in question, Van Halen ended up laying down guitar for the title track, but the collaboration never saw the light of day.

“I don’t want to get anybody excited thinking that this ever got finished, because it didn’t,” Thorn clarified during the interview. “But he did work on it. And, you know, I would go up there over the next couple of weeks, and he had played on it. I would listen to it and just be like, ‘I can’t believe this is happening. This is myself and Eddie on a track.'”

“It’s a long story, but it never got a vocal on it by Chris. You know, that was what it was,” Thorn explained. “Ed got busy doing the next Van Halen record right around then and producing things… It just never ended up getting finished.” According to Thorn, “somewhere” at 5150 Studios there’s a reel with Van Halen’s recording on it, that he’d “love to” hear again.

Cornell died less than a decade after ‘Scream’ was released (following Soundgarden’s ‘King Animal’ in 2012 and solo record ‘Higher Truth’ in 2015), while Van Halen passed away in 2020. In May, on the fifth anniversary of Cornell’s death, tributes were paid to the musician by his Soundgarden bandmates, Rage Against The Machine, his widow Vicky Cornell and more.

Last month, Red Hot Chili Peppers honoured Eddie Van Halen by releasing ‘Eddie’, a tribute to the guitarist lifted from their forthcoming 13th album, ‘Return Of The Dream Canteen’. In a statement at the time, frontman Anthony Kiedis explained how the song was prompted by Van Halen’s passing.

“The day after his death Flea came into rehearsal with an emotional bassline. John, Chad and I started playing along and pretty soon with all our hearts, a song in his honor effortlessly unfolded,” Kiedis said. “It felt good to be sad and care so much about a person who had given so much to our lives.” Over the weekend, the band debuted the track live while performing at Austin City Limits.