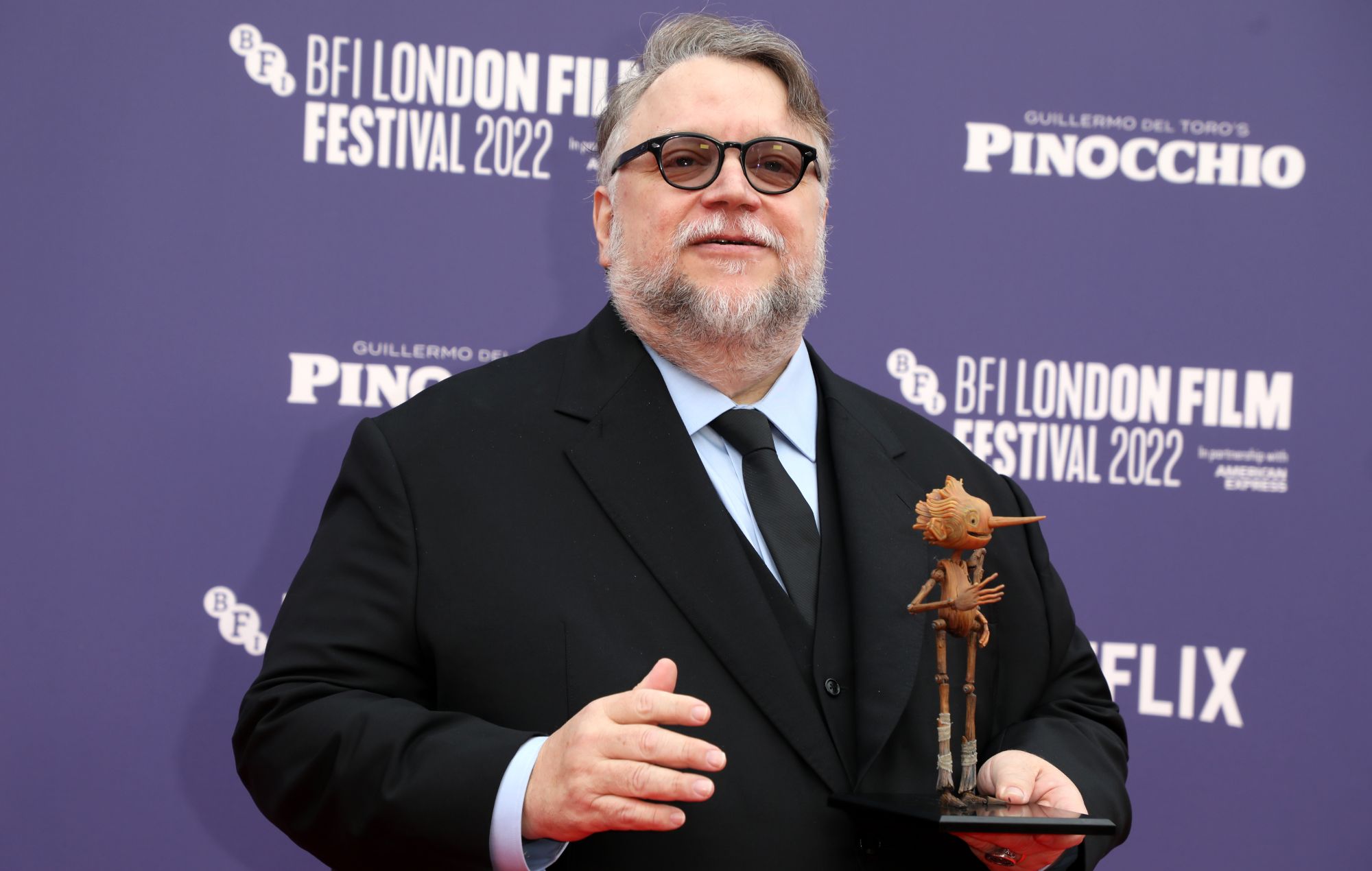 Guillermo del Toro has honoured his late mother at the world premiere of his animated film Pinocchio just one day after she died.

Guadalupe Gómez passed away on Friday (October 14) shortly before the opening of Pinocchio at BFI London Film Festival yesterday (October 15).

According to Variety, del Toro, the visionary director behind films including Pan’s Labyrinth and The Shape Of Water, became emotional as he revealed the news to the audience.

While speaking on stage, del Toro said that he and his mother both felt a very strong connection to the original 1940 Disney classic and its themes of love, loyalty and honesty.

“I saw the film as a kid, and it’s a film that bonded me with my mom for an entire life,” he said. “It affected me because Pinocchio saw the world the way I saw it. I was a little bit enraged that people demand obedience from Pinocchio, so I wanted to make a film about disobedience as a virtue, and to say that you shouldn’t change to be loved.”

Pinocchio has been in gestation for nearly 15 years, with del Toro having first teased the stop-motion film in 2008.

Gregory Mann, whose 13th birthday coincided with yesterday’s premiere, voices the titular character in the upcoming Netflix film alongside David Bradley as Geppetto and Ewan McGregor as Sebastian J. Cricket.

Pinocchio opens in select cinemas in November and premieres on December 9 on Netflix.

In August it was confirmed that Knives Out sequel Glass Onion would receive its European premiere in London and close the festival today (October 16).

The BFI London Film Festival previously hosted the European premiere of the original Knives Out in 2019, staged in Leicester Square.

The post Guillermo del Toro honours mother at ‘Pinocchio’ world premiere one day after her death appeared first on NME.