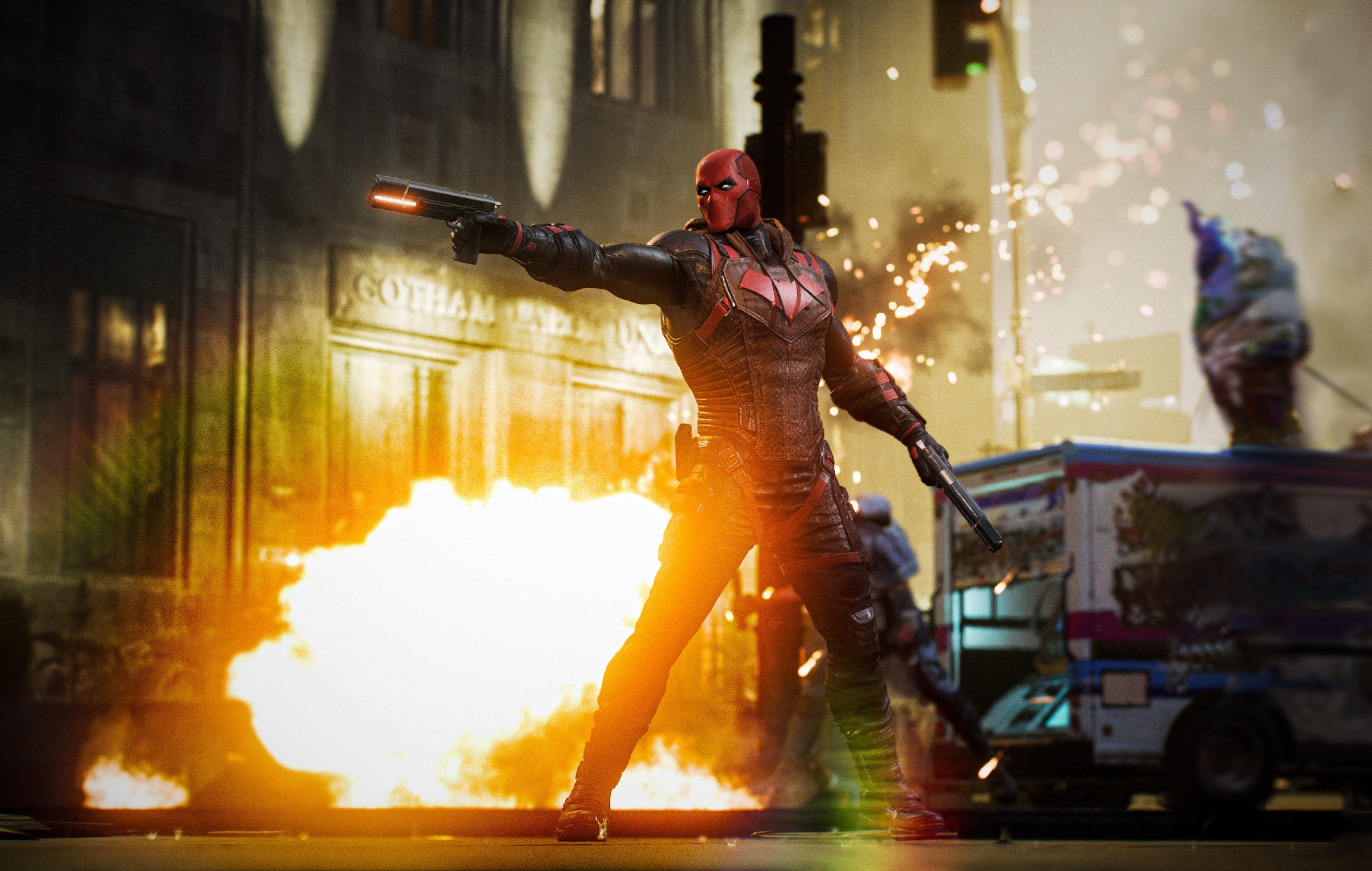 Gotham Knights is at its best when you’re in a brawl, cartwheeling from enemy to enemy delivering a righteous beatdown in all directions. Add in a co-op partner, elemental weapons and the wide variety of bad guys to punch and Gotham Knights is really fun – but it’s a little rough around the edges.

Gotham Knights is a brawler that takes its cues from Destiny and Marvel’s Spider-Man, with the game full to the brim of loot to find and bad guys to batter, and every engagement having its own little challenge for bonus rewards. It’s a bold use of the license, and it’s imbued with so much character that it’s hard not to be charmed by the game and its characters (who many bat-fans will be familiar with)  who get lots of fun character beats.

But none of that really matters. The problem isn’t Gotham Knights, but the Arkham games that came before it. Just like Batman himself – who is dead in this game – the Arkham franchise casts a long shadow in this game.

There’s probably a lot to digest in that paragraph. Yes, this is a Batman game. Yes, it’s from the developers of Batman: Arkham Origins and yes, Batman is dead in this game, killed in the opening cinematic. But, nothing that happens here obeys the Arkham canon, meaning a series of villains and locations are up for grabs and they’re used in interesting ways.

To beat them, you’ll be taking control of one of Batman’s former sidekicks to try and unravel the conspiracy that might have led to his murder, as the city devolves into chaos as the criminals realise Mr. tall, dark and scowly isn’t coming to bash the crime out of them.

There’s so much to do it’s a little intimidating. The structure of the game has you leaving the game’s hub area, the Belfry, and patrolling the city to try to keep it safe. It turns out this is a big job, and when you’re not dropping in on crimes of opportunity to beat everyone up and interrogate anyone of worth, you’re foiling bigger crimes or going toe to toe with villains like Harley Quinn or Mr. Freeze.

There are puzzles, there are some pretty dodgy stealth sections and you’ll even get to ride the Batcycle for a few chase sections, but really this is about the punching, slowly levelling up and gaining power as you pull at the threads of several different mysteries. All of this is tied up in a solid open-world that is – at first – occasionally a pain in the arse to traverse, but slowly comes together as you get a travel skill and then a series of fast travel points around the city.

Luckily for all that punching, the four characters you can choose between – Batgirl, Nightwing, Red Hood, and Robin – all handle fairly well and each of them feel like they’ve got their own thing going on. I suspected the characters would feel quite similar, because in the comic books Batgirl, Nightwing and Robin are all smart athletic fighters with an aversion to killing and a ton of gadgets. Red Hood is the same, but way more relaxed about the killing and his only gadget is heavy munitions.

Here, they feel fairly unique. Batgirl is good at fighting single targets and she can hack electrics from range. Red Hood mostly fights at range, and can terrify opponents when he moves in close while Robin is a stealth specialist and is fast as hell as he weaves around the place dishing out the hurt with his bo staff. Nightwing – my favourite comic book character and as a result the person I played as for most of my time with the game – is an agile brawler with strong defensive skills that can take on a room full of goons at once as he pinballs around the crowd.

He’s not just escrima sticks and a couple of roly polys, though. As you progress through the game each character gets a series of special Knighthood skills that add a little more meat to the character, giving them more definition. For Nightwing this means getting buffs to his quick ranged attack, being able to hit enemies from further away and also getting a slightly longer combo that can knock enemies over. You can switch between characters at any time, but I found once I’d started to get quite far down the skill tree I rarely wanted to change.

The characters are really nicely fleshed out narratively, too. Everything from the movement and the way exposition is delivered all the way to the quips and emails between the characters just completely sells it. I love Nightwing, and Nightwing here really feels like an interesting take on the character, from the way he does loads of showy flips to his movements.

If you stick with one character, you’ll get all of their chatter throughout the missions. Dick Grayson can’t help but quip and banter as he fights for his life, and playing as him means that tonally it’s a very relaxed experience compared to Red Hood who would like to do nothing more than unload his pistols into every enemy in sight, growling and grumping with the best of them. It’s really an achievement, and I found that the world of Gotham Knights is the reason this is a four-star review rather than a three-star, because the stories and situations you get into, coupled with the Easter eggs and little nods to the comic books, make this a truly decent use of the license.

The game really peaks when you collide with a good villain. While most of the time you’re running around Gotham on patrol, sometimes you’ll go into an instanced area for a big story beat, or to face down against one of the game’s extensive rogues’ gallery. A memorable fight with Mr. Freeze has you weaving past frozen police officers – victims of Mr. Freeze’s big ice gun – before scaling a huge ice tower and doing battle with the man himself. The Court of Owls – Gotham Knights’ creepy main villains – are effective at pulling focus too, and provide a valuable mystery to counter the fact that most of the other villains just want to get their crime on, something only you and your co-op partners can solve with an almighty beatdown.

Speaking of co-op, this makes things improve substantially. You can each explore the city at your own pace and only come together for the big missions if you want to, but the game is at its best when you prowl the city together, the headlights of your twin batcycles picking through the city.

I think this all makes a fairly solid package, but Gotham Knights just feels a little cheap. Movement feels a little clunky, stealth feels poorly implemented – especially coming from a studio that worked on an Arkham game – and it really just feels like it could have done with another few coats of paint.

But gosh, Gotham Knights is just fun, and isn’t that enough to give it a try?

Gotham Knights launches on October 21 for PC, Xbox Series X|S and PS5. This review was played on PS5.

A diamond in the rough, Gotham Knights is a blast but feels like it could do with a little more polish. Gotham Knights’ vision of Gotham is compelling and filled with charismatic characters you’re going to want to spend time with. There’s almost too much to do here, but you’ll probably be too busy battering goons to care.

‘The Pale Blue Eye’ review: Christian Bale has the hump in a grisly murder mystery

‘Escape From Tarkov’: how to break the defective wall and unlock the gym