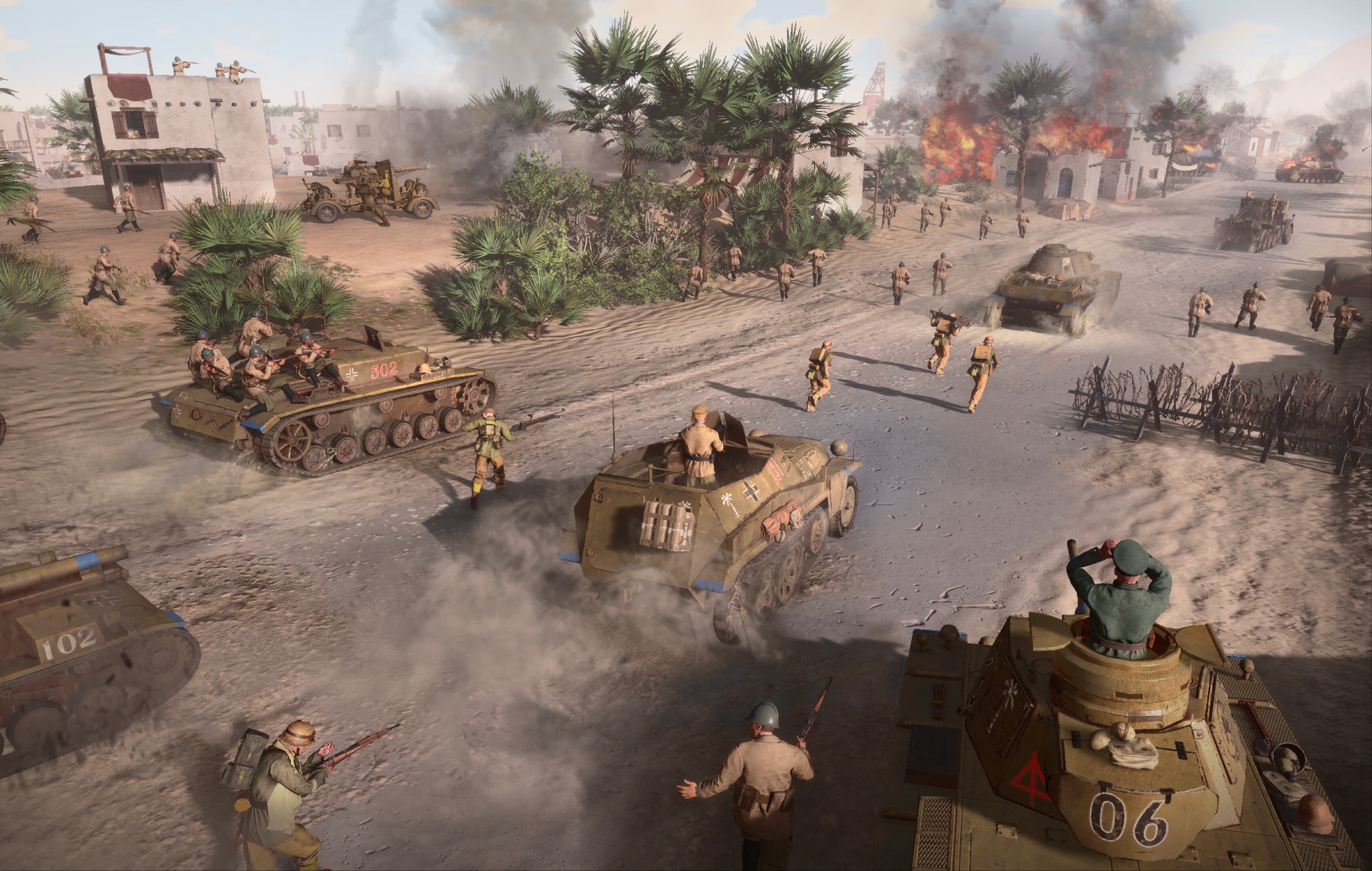 Company Of Heroes 3 has been pushed back to 2023, with publisher Sega explaining that some “additional time” is needed to polish the game before launch.

Though Company Of Heroes 3 was planned to launch on November 17, it will now launch on February 23, 2023.

Addressing the delay, Sega shared that “Relic required some additional time to work on the overall improvement, balancing, and fine-tuning of Company Of Heroes 3 to ensure they’ll meet player expectations and deliver the deepest tactical experience in the series yet.”

Since being announced in 2021, Relic has outlined several changes that its upcoming strategy game will bring to the series – including a turn-based campaign map, improved environmental destruction, and more detailed units.

We got to preview Company Of Heroes 3 at this year’s Gamescom showcase, and found that it’s “shaping up to be a runaway hit for the series, with a phenomenal new campaign map and brutal skirmish mode.”

“From a hands-on with the game, it’s hard to imagine Company Of Heroes ever going back to how it previously did things,” praised our preview. “A new campaign map handles Company Of Heroes 3‘s country-wide story: players will shuffle their forces across Italy, capturing and defending key objectives in their fight against Germany. Decisions made on this map have tangible effects on the game’s RTS battles, which occur when it’s time to get your hands dirty and capture an objective.

Though the game’s release date has been pushed back, Relic already has plans to continue developing it after launch. Speaking to NME, Company Of Heroes 3 executive producer Steve Mele shared that Relic will “support both our single-player fans and our multiplayer community” with post-launch updates.

In other gaming news, ZA/UM has argued that development on Disco Elysium remains a “collective effort,” following a string of “involuntary” departures.

Stormzy announces new album ‘This Is What I Mean’

‘Modern Warfare 2’ weapon tuning explained and how to unlock