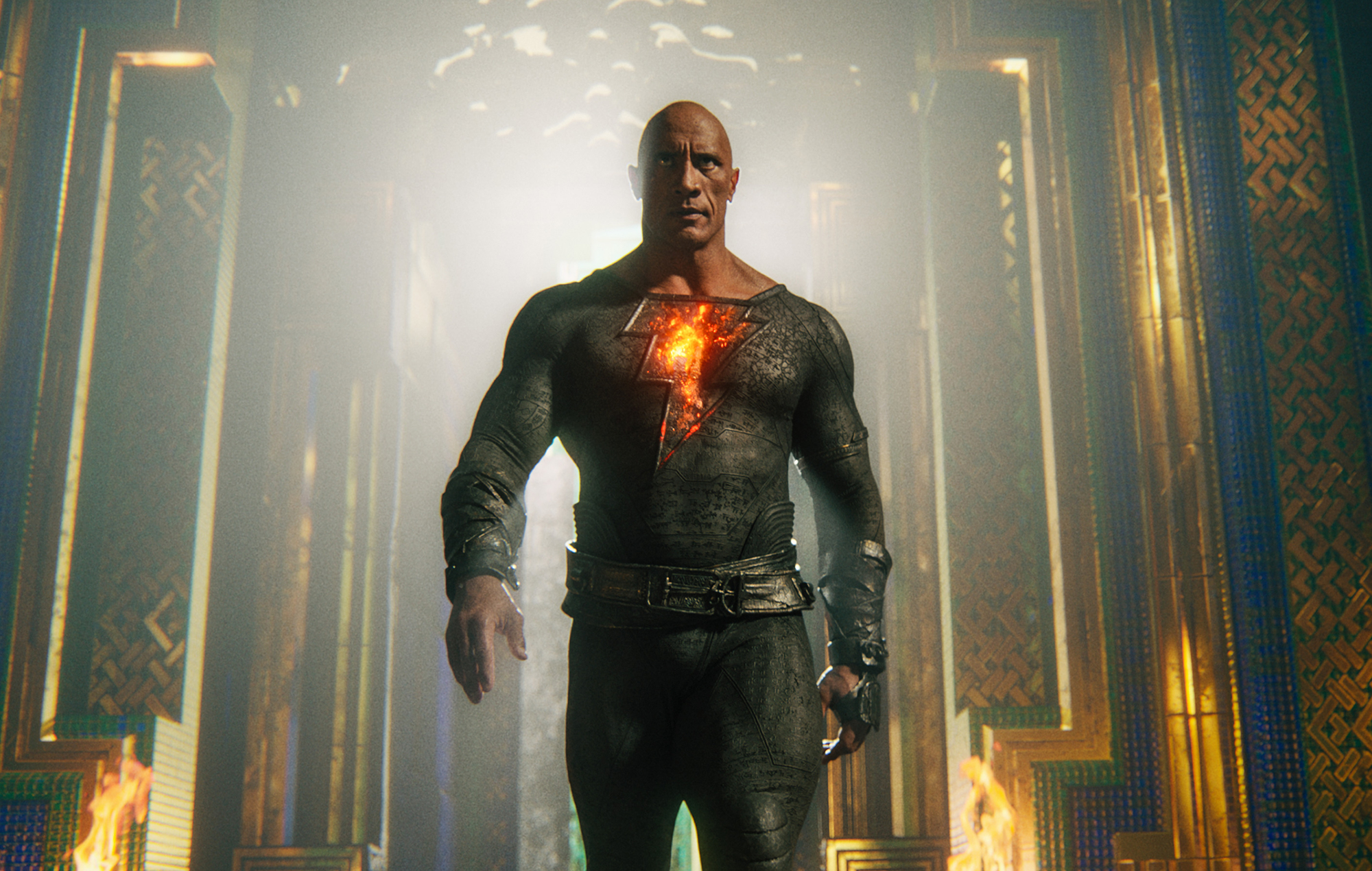 If there’s one way to ruin The Rock, it’s to take his muscles away. Black Adam doesn’t totally de-buff Dwayne Johnson – much of the film has him bulging out of a leotard as the titular DC superhero – but for a few scenes he’s CGI’d into a normal-sized, boring bloke. It’s a bit like hiring a Michelin-starred chef to do the dishes. And that’s not the movie’s only misstep, either.

We kick off with a very long prologue sequence. It’s 5000 years ago, and the ancient people of Kahndaq are having a rough time of it. Enslaved by their power-mad king Sabbac and forced to carry out his bidding, the Kahndaqis are in desperate need of someone willing to fight back against their oppressor. Step forward Teth-Adam, a small boy who teaches his people the power of coming together. Obviously, he’s executed for treason – but somehow, in a way that’s confusing, some wizards wave their staffs and he’s miraculously not executed. Even better, he’s now an immortal flying being who shoots lightning out of his hands. This sets the stage for a big showdown with the king (also possessed of magical powers) – and the whole city is blasted into rubble, trapping Adam and his enslaver under it for the next few millennia.

If that sounds like a whole movie in itself, then that’s because it could be quite easily. Fast-forward to 2022 though, and we meet the actual main characters. First up is Kahndaqi mother-and-son team Adrianna (Sarah Shahi) and Amon (Bodhi Sabongui), the latter of which never opens his mouth unless it is to tell the viewer exactly what is happening on the screen at that precise second. You know, in case we didn’t notice. Anyway Adrianna, a sort of rogue archaeologist, accidentally awakens Adam from his nap while on a tomb heist and we get to meet some more characters.

This is actually where the film starts to improve. Thanks to a steady decade of Marvel flicks, most of us now know what to expect if a band of spandex-clad demi-gods show up. So The Justice Society’s appearance (yes, DC clearly pay for their super-group names by the word), only requires a little bit of exposition to introduce them. There’s avian leader Hawkman (the always excellent Aldis Hodge); weather-controlling Cyclone (Quintessa Swindell); Atom-Smasher (Noah Centineo), who can grow to the size of a skyscraper; and soothsayer Doctor Fate (Pierce Brosnan with a majestic white goatee). The rest of Black Adam functions as a kind of weird, overpopulated Odd Couple blockbuster in which the Justice Society, who disapprove of Black Adam’s methods (i.e. killing people), must form an alliance with him to take down a resurgent Sabbac.

There are some good things about the film – a soundtrack boasting indie bangers from Smashing Pumpkins and the Rolling Stones; Henry Winkler’s fun cameo as Atom-Smasher’s uncle – and once everything is established the adventure rattles along at a thrilling pace. But even the fun moments are overshadowed by the writers’ constant need to over-explain each plot point. That’s unless it’s something that actually needs explaining of course, like, oh, some wizards suddenly appearing. The final nail in the sarcophagus is Black Adam himself. Billed as the anti-Avenger who’s prepared to get his hands dirty, he hides a tragic past that apparently means he needs to lack any charisma too. Why hire the most magnetic movie star in the world, only to have him pout and scowl for two hours? It doesn’t make sense, and it sinks the picture. Now, where’s Gordon Ramsay? Those plates won’t scrub themselves…

Bruce Springsteen – ‘Only The Strong Survive’ review: a joyful ode to the greatest soul songs

‘Decision To Leave’ review: the year’s most addictive K-drama so far