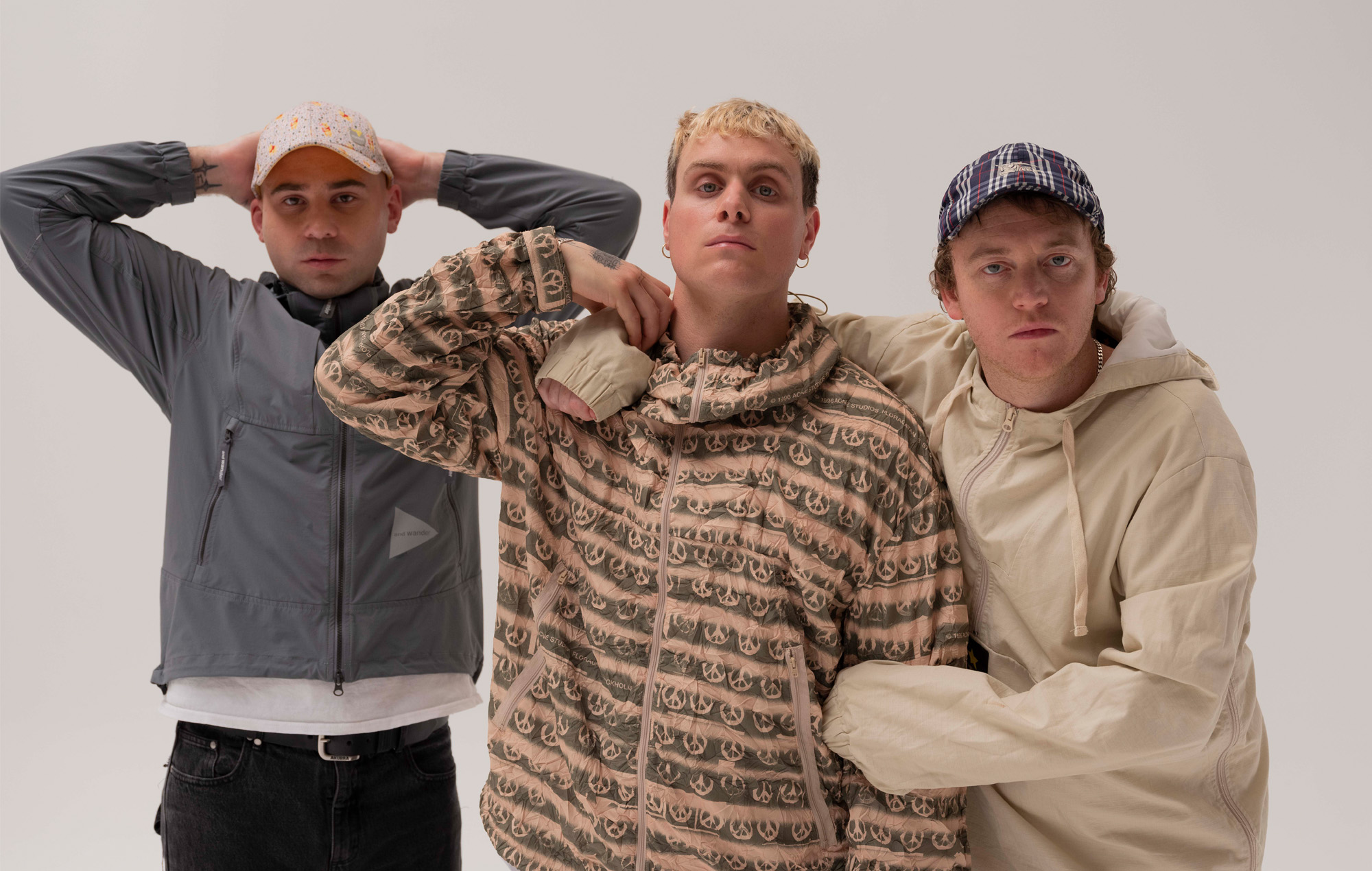 DMA’S have announced their fourth album ‘How Many Dreams?’ and shared new single ‘Everybody’s Saying Thursday’s The Weekend’. Check out all the details below alongside a chat with the band and exclusive photos from the album’s studio sessions.

Out March 31, 2023 and now available for pre-order here, ‘How Many Dreams?’ will see DMA’S continue to branch out from the guitar-driven Britpop anthems of their first two records. “We were finding our feet with a more modern sound on [2019’s] ‘The Glow’,” Johnny Took told NME at Reading & Leeds, where they absolutely owned their main stage slot ahead of performances from Bastille and Halsey.

“With ‘How Many Dreams’, we really nailed that down and experiments with a lot of different sounds and different genres. It’s a great blend of the three things we love, which are rock’n’roll tunes, pop singalongs and electronic music.

“Our music will always have that nostalgic edge to it, but [this album] was about being less of a throwback band and more in the future.”

Lead single ‘I Don’t Need To Hide’ “sums up the album best. It’s got a bit of everything,” explained vocalist Tommy O’Dell. New single ‘Everybody’s Saying Thursday’s The Weekend’, on the other hand, is more of a curveball. It’s about “letting go of the things that weigh us down and embracing the future with a sense of optimism. Stepping in the ‘right light in the dark times’,” Took said in a statement.

The “tongue-in-cheek” track was originally inspired by a conversation Took had with a mate who was down the pub on a school night. “It has a real playful vibe”, Took said, but also deals with the time he quit drinking. “It’s about when you’ve had a few too many drinks and say something stupid. Everyone’s been there.”

Elsewhere on ‘How Many Dreams?’ there’s ‘Fading Like A Picture’ which “opens with this rocking guitar riff” and “harks back to that old DMA’S sound,” according to Took. On the flipside, “there’s a song like ‘De Carle’ which is a full-blown, five-minute electronic song” save a tiny bit of electric bass. “We weren’t trying to split the difference. We really leant into the genre, which is so cool. There are surprises like that across the record.”

“We did what we wanted,” added O’Dell. “We didn’t have any boundaries and that’s what is really exciting about the record. You can’t put it in a box, but it’s still DMA’S.”

Taking inspiration from Groove Armada with vocalist O’ Dell pulling influence from old school Motown, ‘How Many Dreams?’ was the longest record DMA’S took to make.

The Aussie trio (rounded out by Matt Mason) spent three weeks in a London studio with superproducers Stuart Price and Rich Costey “working on a lot of band in the room stuff”. The Omicron variant hit, DMA’S returned home to Australia and though most of the album was done, “when we got back to Sydney, we were listening to the desk mixes and it felt like we had a lot more work to do.” With Costey and Price on the other side of the world, though, they got Konstantin Kersting in to help them finish the record.

“We ‘Screamadelica’-fied it,” Took quipped, referencing Primal Scream’s iconic album. “We’d find a live drumbeat [we’d recorded in London] but would only use eight bars of it, then we’d put programming underneath it, and some extra synths. We really had the time to be creative on this record, which we’ve never really done before.”

Working with Costey and Price was “just great”, Took said. “It’s amazing when you jump in a studio with anyone new, especially when they’re of that calibre. They’ve just got so many great stories and so much knowledge. Kersting might be younger but he’s worked on some great records as well. All three of them nailed it.”

With DMA’S more confident in the studio, ‘How Many Dreams?’ is a “bloody feel-good record,” according to Took. “We couldn’t be more proud of it.”

“We didn’t want to release something gloomy after [COVID],” added O’Dell. “There are still sentiments that are a bit doom and gloom but it’s definitely a feel-good record with positivity and nostalgia.”

Following the release of ‘How Many Dreams?’ and a support slot with Arctic Monkeys at The Domain in Sydney, DMA’S will head out a tour of the UK in April 2023. Still, the band has no worries about the shows getting bigger and bigger.

“I was thinking about the live show for a lot of the songs on ‘How Many Dreams?’,” added Took. “I’ve never written like that before but we played ‘I Don’t Need To Hide’ for the first time the other day and for such a new song, it went down really well. Incorporating those pop and electronic elements into our music means there’s a real dynamic to the set now [so] we can really hold our own on those big stages.”

‘Rick And Morty’ star Spencer Grammer speaks out about stabbing: “I tried to alleviate a fight”