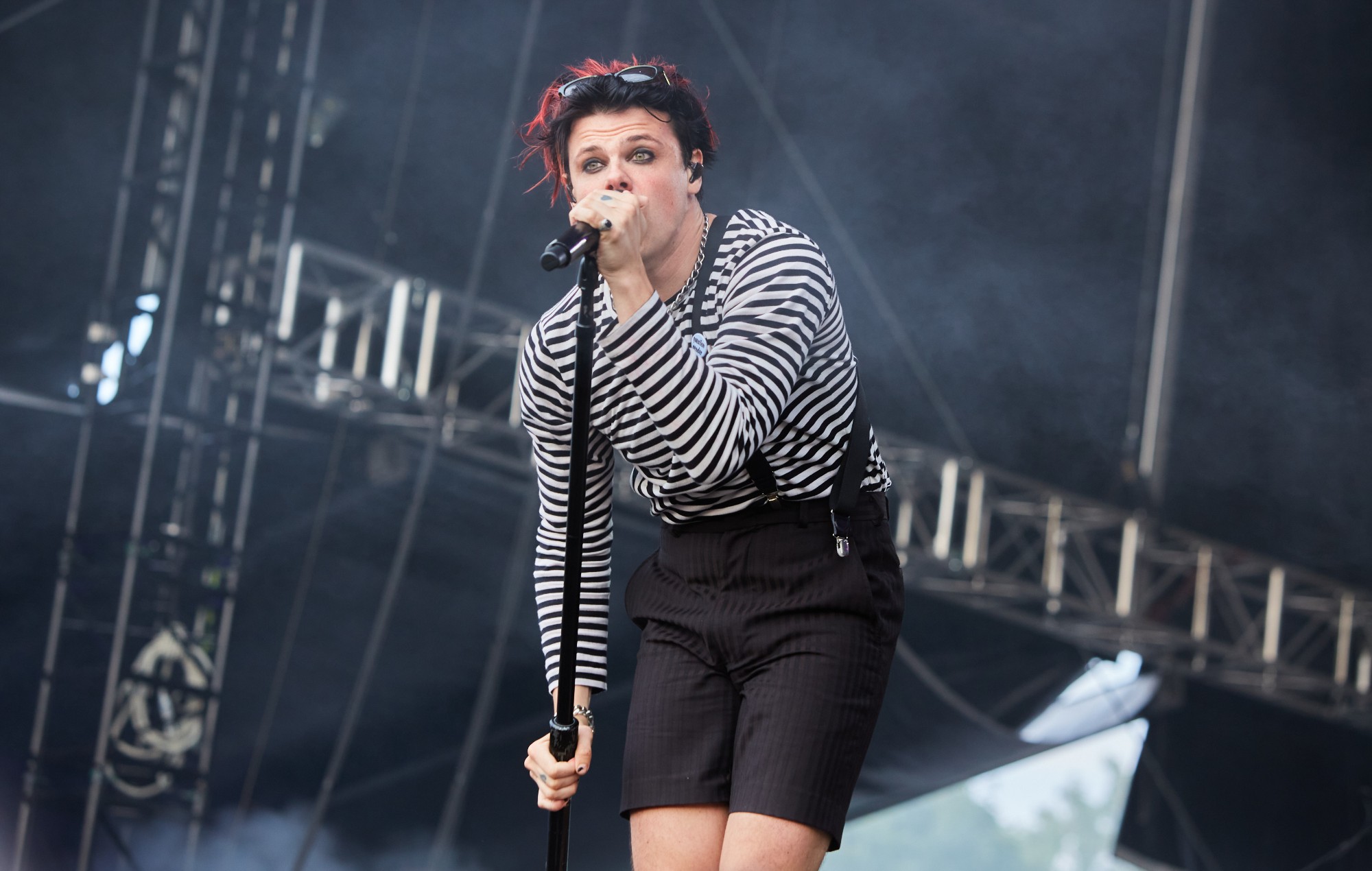 Yungblud has announced a new range of necklaces made out of his own used chewing gum.

The line was created in partnership with 5 Gum and American jeweller Greg Yuna, with proceeds going to the National Independent Venue Foundation (NIVF). Dubbed the ‘Masterpieces’ collection, the range includes 15 necklaces that feature pieces of 5 Gum chewed by Yungblud, some of which were consumed by the singer before his live performances.

In addition to the chewed gum — which Yuna encased in Lucite acrylic — the necklaces also feature white diamonds and a charm engraved with the 5 Gum logo, all threaded on a 14K white gold chain. Fans can bid on the ‘Masterpieces’ collection now, with auctions running until October 26. Find them on eBay here.

NIVF is a live performance funding agency that works to preserve independent venues, promoters and festivals – especially those impacted by the COVID-19 pandemic.

Speaking of his jewellery in a press statement, Yungblud said Yuna’s work was “next level” and that the line will allow “fans [to] have the chance to own a little piece of history”. He later referenced his recent ‘American As F*** Record Store Tour’ – which was sponsored by 5 Gum – saying he “couldn’t think of a better way to have celebrated the release of my album than by hitting as many cities in the US as I could”.

Yungblud’s necklace line follows the release of his self-titled album, which arrived in September. The chart-topping project was previewed by the singles ‘Don’t Feel Like Feeling Sad Today’, ‘Tissues’ and ‘The Funeral’, and was described by NME as Yungblud’s “most confident, cohesive album yet” in a four-star review.

Speaking of ‘Yungblud’ – the follow-up to 2020’s ‘Weird!’ – in an interview as NME‘s June cover star, Yungblud said: “This album is about reclaiming my name and humanising the caricature… I truly believe that there are classic songs on this album.”

Earlier this month, Yungblud revealed that he’s completed another album of “psychedelic rock” tracks. “I’ve got another album,” the singer said during an interview on Billy Corgan‘s podcast Thirty-Three With William Patrick Corgan. “We made a full psychedelic rock album in a month and it’s just sitting there.”

The post Yungblud announces line of necklaces made of his own used chewing gum appeared first on NME.

Ex-SPIRE Entertainment CEO denies OMEGA X abuse allegations: “I took care of all of them like their mother”

The singer-songwriter took a turn in the WWE ring in Nashville.