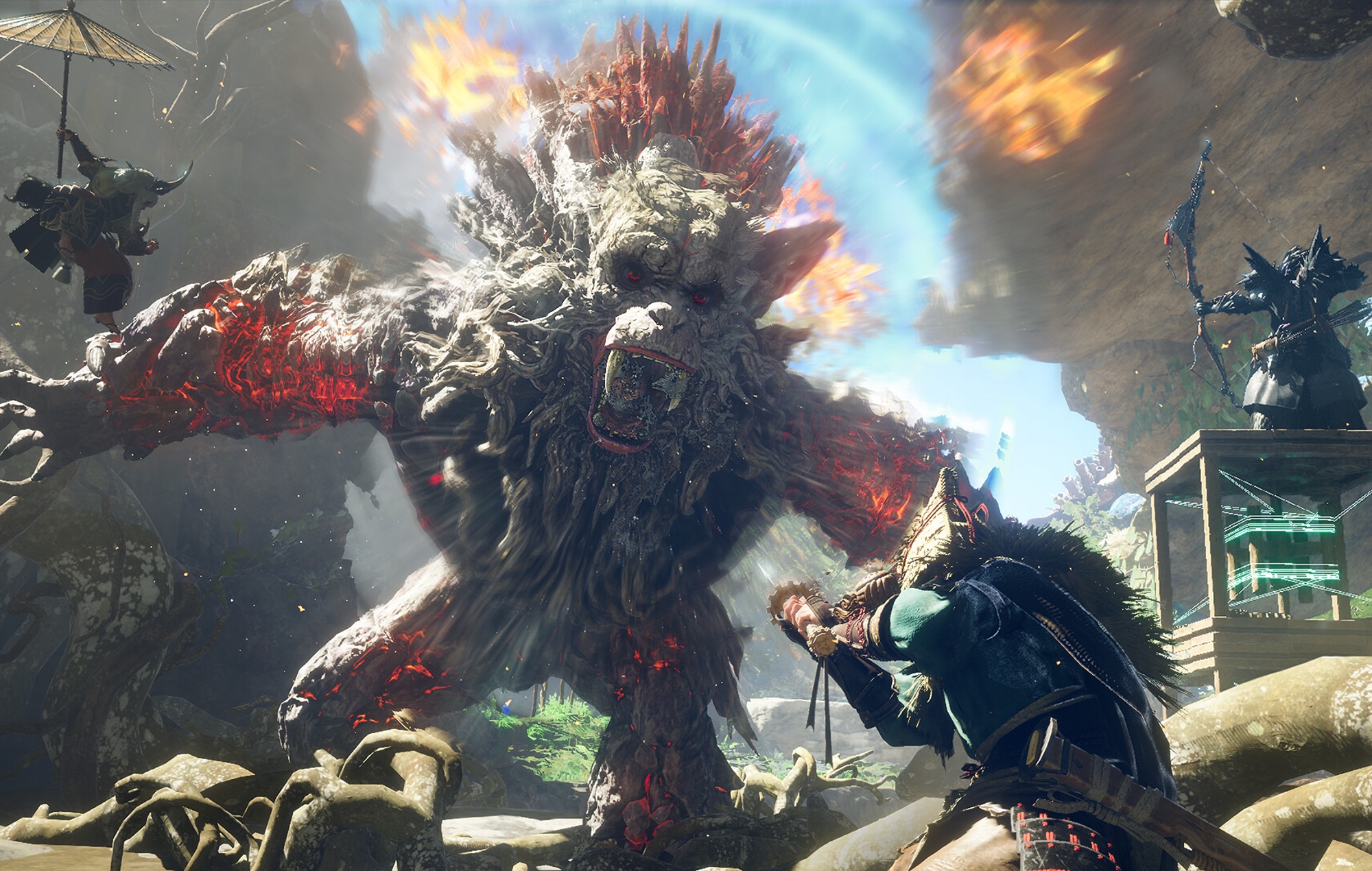 Though you’re soon being thrown against monsters five times your size, Koei Tecmo gives you a gentle introduction to Wild Hearts. Though your first target is an oblivious deer, this is a hunting game designed to rival Capcom’s dominant Monster Hunter series – so enjoy the peace while it lasts.

This deer hunt chews through scenery, and its relaxed pacing gives you room to appreciate Wild Hearts’ visual charm. The forest is drizzled in sunlight, and although this preview build struggled with some lighting and resolution issues, it’s clear that Koei Tecmo has invested a lot of effort into making its hunting grounds shine.

During a chance encounter with a mysterious stranger, your serene nature walk is brought to an end by an unseasonal blizzard inching into the forest. It’s the by-product of your first real fight: a gigantic wolf, that’s been fused with trees and flowers. In Wild Hearts, magic has fused creatures with their environments – and though it means bad news for the world’s hunters, it’s great news for the player as each of Wild Hearts’ creatures look phenomenal.

Not only is their magical facelift gorgeous – it’s hard not to admire a giant rat when it’s showering you with cherry blossom petals – but the magic also has some practical uses. Unfortunately, you’re on the receiving end: that towering rodent looks great, but there’s no time to stop and stare when it’s summoning huge tree roots to squash you into a paste. Though combat presents some interesting ideas, it feels a bit like window dressing. Monsters feel clunky and have a habit of loitering aimlessly while you chop them up, and their attacks are very infrequent – meaning it feels like battering a punching bag, rather than the frantic fight to the death it should be. Killing this rat in particular was a fairly mundane chore, a matter of whaling into it until it finally gives in – the real difficulty was in trying to play with a keyboard and mouse. Controls on KB&M were nightmarishly clunky, though Koei Tecmo says it’s still working on getting that right before launch.

To spice up Wild Hearts’ combat and exploration, you also have access to Karakuri – a mysterious technology that allows you to gather Threads from chopping down trees and mining rocks, which Karakuri uses to invent all sorts of useful appliances. Early on that includes building crates that can be deployed almost immediately, which is helpful for scaling cliffs or stopping a charging monster. You can also use it to set up a camp while you’re away on a hunt, and later on it gets even more interesting with ziplines, harpoons and more. Though awkward controls made it difficult to effectively utilise Karakuri, it’s an intriguing system that lends itself well to Wild Hearts’ wider crafting and upgrades system.

Karakuri shows Wild Hearts has a lot of potential, and is creative enough to step beyond the shadow of Monster Hunter. Right now, it’s difficult to get a good read on Wild Hearts – this preview felt like it was played on a very early build, thanks to issues with performance and some very buggy lighting problems. However, Wild Hearts’ launch is only four months away – and despite the game’s promise, it will remain to be seen how many of its issues (particularly the lax combat) can be turned around by then.

“You can have a few good songs, but I want to have a long career,” the studio veteran, who's wor

‘Modern Warfare 2’ maps list — every map included in Season One