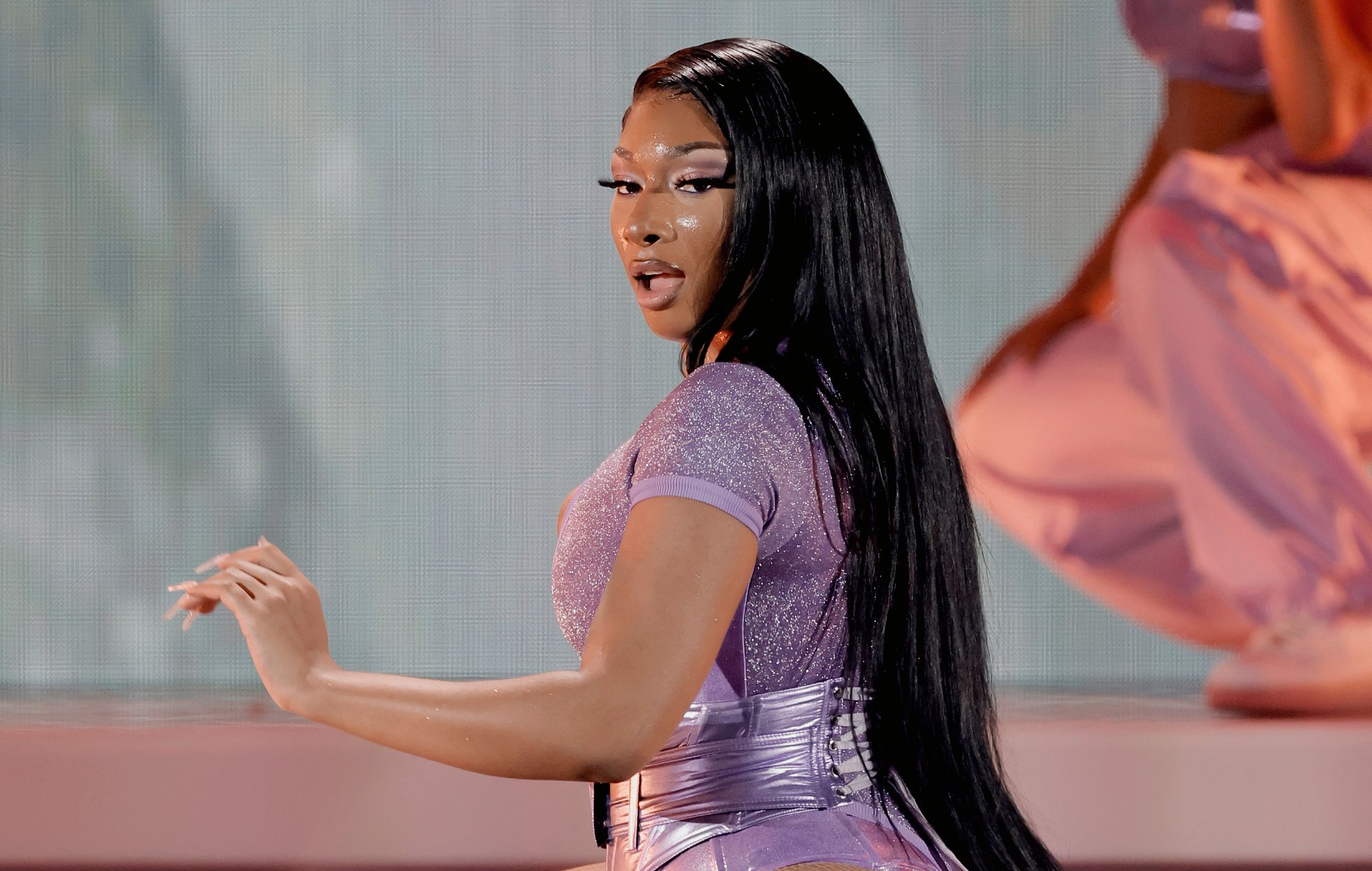 The rapper, who was both host and musical guest, made her third appearance on the late night TV sketch show. In 2020 she performed ‘Savage’ and in 2019 she supplied her guest verse to Chance the Rapper’s ‘Handsome’ on the show from his album ‘The Big Day‘.

In an earlier monologue, Megan mentioned the mental health website Bad Bitches Have Bad Days Too, which was inspired by ‘Anxiety’.

Meanwhile, Megan has told fans that after SNL appearance she’ll be winding down her output as a public figure.

It comes after she had her Los Angeles home broken into earlier this week. As reported by TMZ, a pair of burglars targeted Megan’s house on Thursday night (October 13), breaking in after they smashed through a glass door. They reportedly stole somewhere up to $400,000 (£358,000) worth of goods including cash, jewellery and electronics.

It’s said that Megan was not home at the time of the robbery, though footage of it was captured by her home surveillance system; at the time of writing, police have not arrested any suspects.

Megan responded to the incident on Twitter, assuring fans that “everyone is safe” and that ultimately, “material things can be replace”. In a follow-up tweet, she noted that her SNL appearance would mark her last project for a while. “I really gotta take a break,” she said. “I’m so tired, physically and emotionally.”

2022 has been a busy year for Megan. It started with a guest spot on Shenseea’s ‘Lick’, followed by the Cheetos-inspired ‘Flamin’ Hottie’ single. From there came five singles – ‘Sweetest Pie’ (with Dua Lipa), ‘Plan B’, ‘Pressurelicious’ (with Future), ‘Her’ and ‘Ungrateful’ – before her second album, ‘Traumazine’, dropped in August.

Many of those songs were showcased live at the slew of festivals Megan performed at this year, including Coachella (her set at which was censored in China), Wireless, Glastonbury, Primavera Sound, the Notting Hill Carnival, Reading and TwitchCon.

Mitchell will return to the stage to play Washington’s Gorge Amphitheatre next June, according to

The Nashville-based Cooper died Tuesday after a fall.