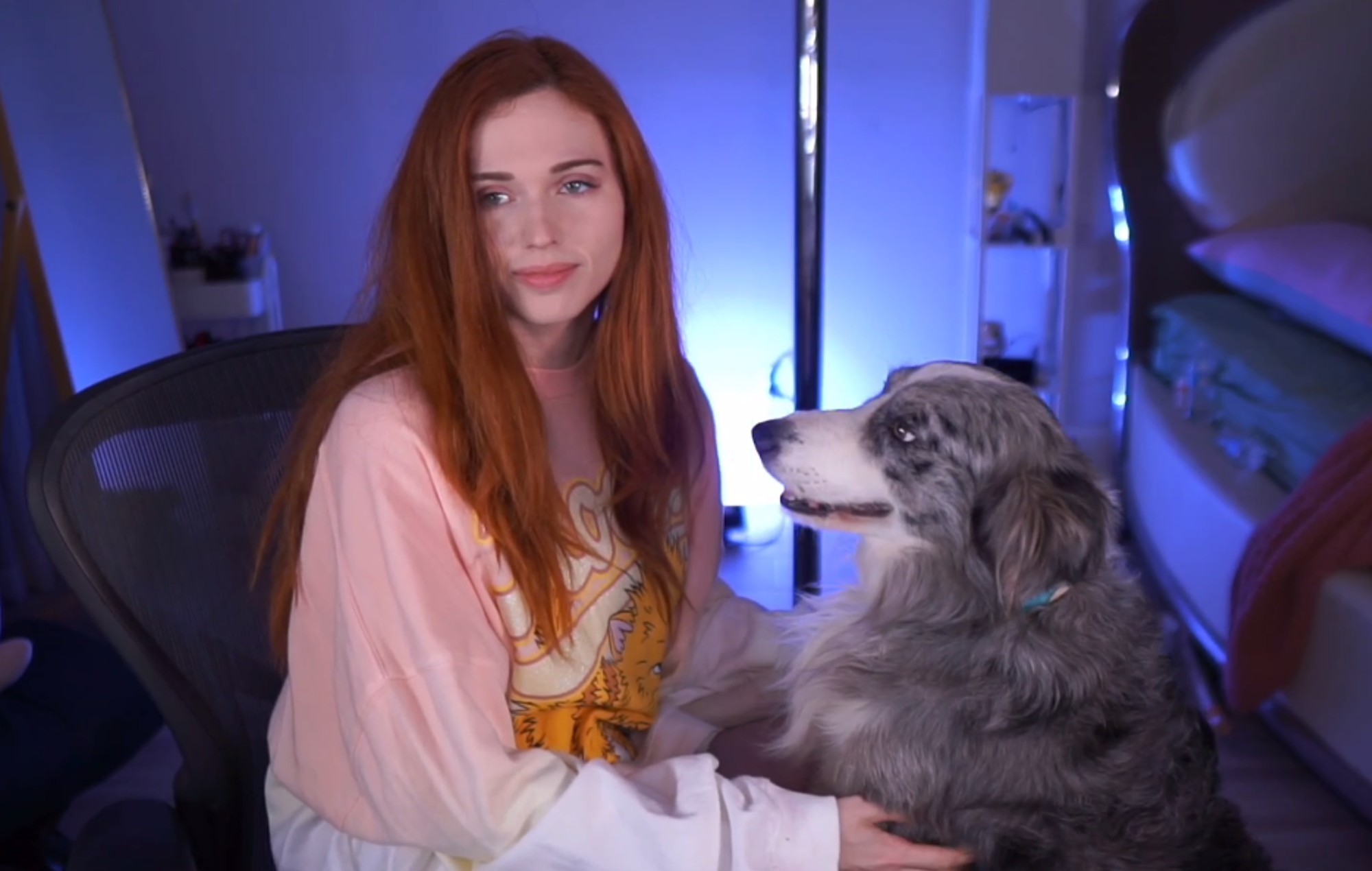 Twitch streamer and social media influencer Kaitlyn ‘Amouranth’ Siragusa has recorded her first video since revealing that she was in an abusive relationship with her husband, and has told fans she is “happy that I’m free.”

Speaking to fans, Siragusa said that she was “seeking legal and emotional counsel,” following a stream in which she accused her husband of domestic abuse. She thanked her fans, saying that she had “lots of people reach out to show concern, that means a lot.”

Siragusa came forward with allegations about her husband’s abuse during a live stream in the early hours of Sunday morning (October 16). During the stream, Amouranth was clearly emotional while on the phone with a person alleged to be her husband. Amouranth questioned the man, asking why he threatened to kill her dogs. In response, the male voice paused for a long while before demanding that she leave the house. He continued to call her a liar and denied that he threatened to kill her dogs.

Amouranth has revealed that she has a husband, along with revealing his abuse

He has threatened to kill her dogs, take all their money, and forced her to stream.

In the video linked here (starts at 33 minutes), Siragusa explained that she has been offline since making the allegations “due to everything going on,” and addressed the on-stream phone call, stating:

“That was actually the first time he’s ever heard himself on a recording,” said Amouranth, adding that while she had recorded her husband in the past, he had refused to listen to the recordings. “I think when he heard himself on that call it really sunk in how much of an asshole he really is.”

“It makes me wish I had done it sooner,” she said later in the stream. “I just finally snapped.”

Amouranth said that her husband is currently away “getting help,” and that she had regained control of her finances and social media accounts, after her husband allegedly took control of them.

She also added that she was looking into moving house, after “certain people” encouraged people to turn up at her house.Siragusa joked that her “dating life is going to be fucked” and that she “needs so much therapy now. “I don’t think I want to date anymore,” she said. “I just want animals.”

Amouranth celebrated that she would now have more control over what she wears on stream, joking that “I just hope people still watch without so much titty showing.”

While still clearly and understandably emotional, Siragusa said she is “positive about the future” and that she looked forward to being able to “have friends again.” She also added that she would “take some time to process and spend some time with the animals, now that I’m not stressed that they’re going to be killed. I can actually relax a bit.”

“I don’t know what I’m gonna do next,” she said. “Hopefully a lot more animal streams. It’s gonna take time to process. I don’t know when or if I’ll be back to a full-time schedule. At least for now I think I’m gonna take it easy.”

The post Twitch streamer Amouranth says she is “free now” and is seeking legal counsel against her husband appeared first on NME.

6 New Albums You Should Listen to Now: Little Simz, the Smile, Young Dolph, and More