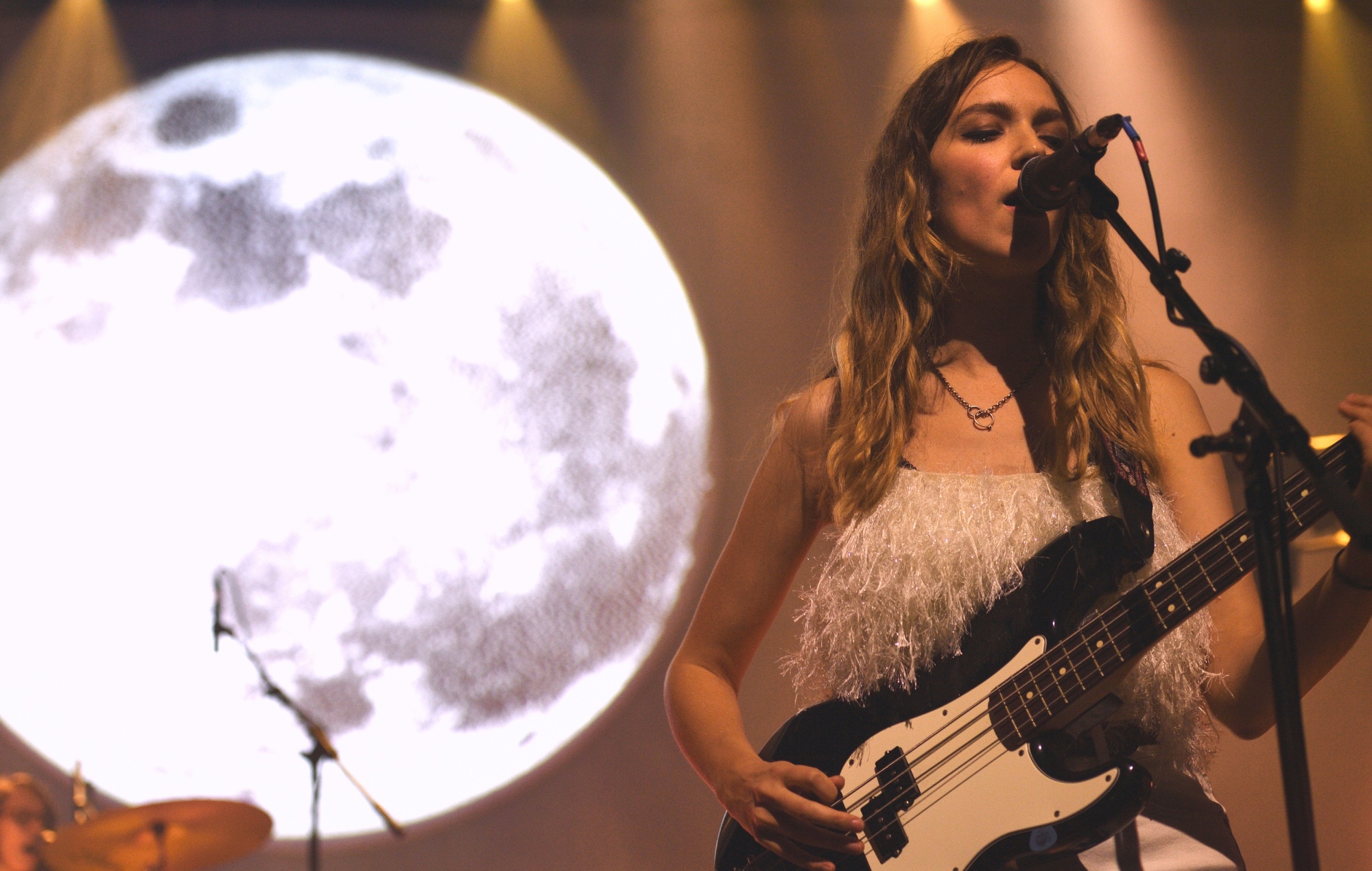 The Big Moon have announced a headline show at the Roundhouse in London – find all the details below.

The band, whose third album ‘Here Is Everything’ arrives next Friday (October 14), are due to play the 1,700-capacity Camden venue on May 31, 2023. It’ll be their biggest headline gig to date.

Tickets go on general sale at 10am BST next Wednesday (October 12) – you’ll be able to purchase yours here.

Alternatively, fans who pre-order The Big Moon’s new record here can access a pre-sale at the same time on Monday (October 10).

LONDON! WE CAN'T GET ENOUGH!! Join us at the beautiful Roundhouse on 31st May for our biggest headline show ever. If you pre-order our new album before Wednesday, you get early access to tickets from 10am Monday. Go go go !!

It’s also been confirmed that the group will perform on Later… With Jools Holland this Saturday (October 8) alongside Burna Boy, Marcus Mumford and Loyle Carner. The programme is set to air at 9:40pm on BBC Two.

This week, The Big Moon shared a new single called ‘This Love’. Following on from previous tracks ‘Wide Eyes’ and ‘Trouble’, the song is based on vocalist Juliette Jackson’s experiences during and after pregnancy.

“I was shocked by the new depths of love you can find for your baby,” she explained in a statement.

“And the love you can feel for a partner who selflessly helps you through the darkest and strangest times of your life. Someone who will literally hold a pot for you to piss in after a caesarean section.”

Speaking to NME over the summer, Jackson opened up about how her pregnancy had affected the creation and subject matter of the forthcoming ‘Here Is Everything’.

“So much of the album I wrote while I was pregnant and basically just wondering what the hell this was going to be like,” the singer said.

The Big Moon played a run of UK dates last month, and will embark on a run of in-store gigs next week. You can see the full itinerary beneath.

Plus, Emilia’s “Underground” earns the highest debut of the week.