The 1975 respond to rumours of Taylor Swift collaboration 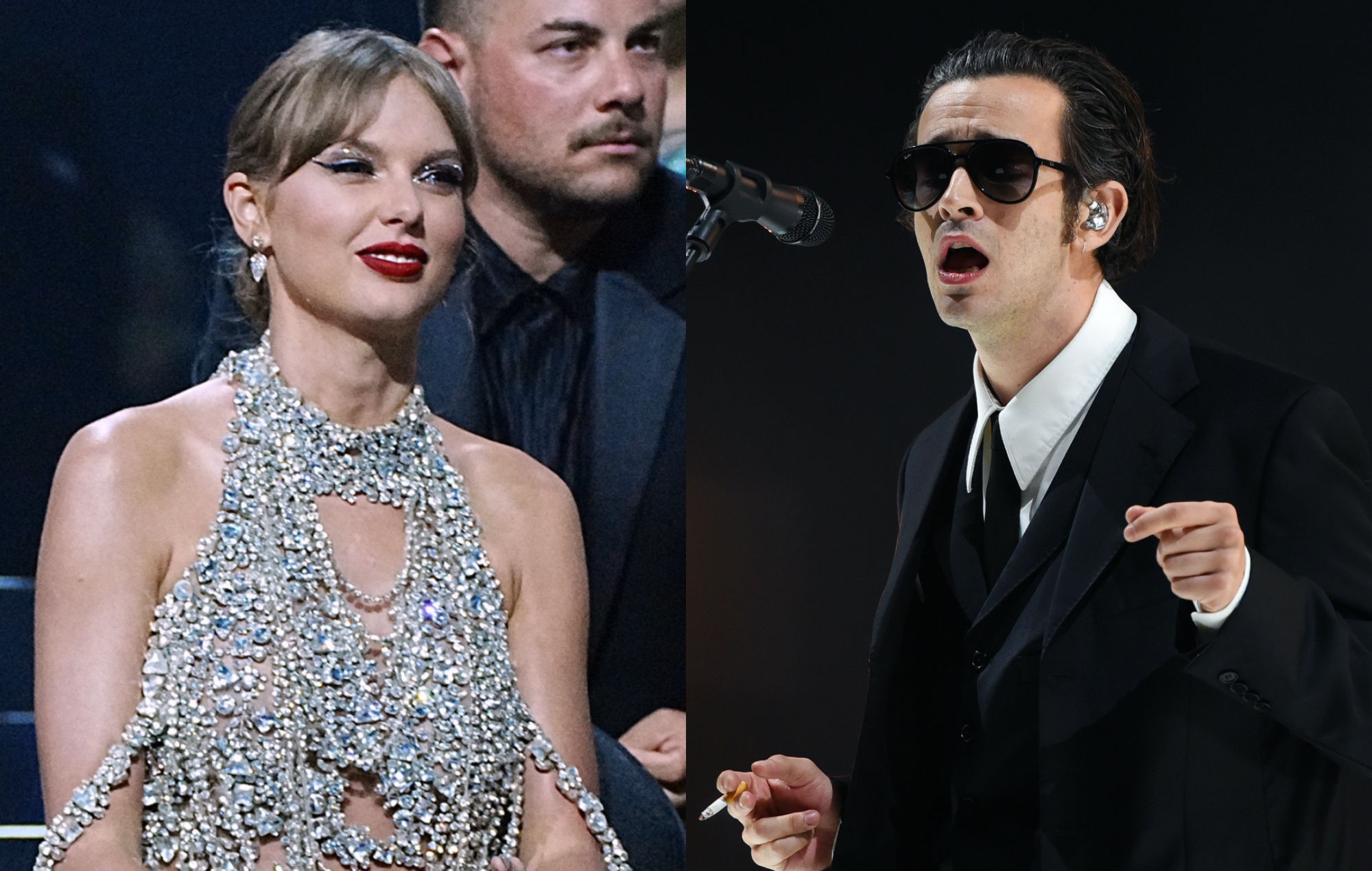 Matty Healy has responded to recent speculation surrounding a potential collaboration between The 1975 and Taylor Swift.

Back in 2019, Healy said he wanted to produce an “intimate acoustic album” for Swift. Later, the frontman explained that he didn’t take the opportunity to ask the pop star to team-up on a project when the pair crossed paths at the NME Awards 2020.

Healy last month appeared as a featured guest on a “leaked” tracklist for Swift’s 10th record ‘Midnights’ (out October 21), which he subsequently confirmed was fake. Swift has since revealed the album’s song titles in full online.

In response, Healy tweeted: “You guys actually thought Taylor Swift was gonna have me on her album [laughing face emojis].”

During The 1975’s session in the Live Lounge yesterday (October 11), Healy was asked by BBC Radio 1 if he could share any details about about a possible Swift/’75 collab.

“Oh no, we’re not [working together],” he replied. “We’d love to… love to work with Taylor Swift. [I] love Taylor Swift… think she’s one of the best songwriters. Yeah, no… we haven’t done that. We’d love to though, wouldn’t we?”

Healy went on to joke that Swift was “probably” watching their interview, and “pining for a feature on a 1975 track”.

Before settling on a cover of Take That’s ‘A Million Love Songs’, The 1975 tried out a version of Swift’s 2019 single ‘Lover’ for Live Lounge Month 2022. See two clips of their Radio 1 interview below.

Could @the1975 work with Taylor Swift?

@taylorswift13, if you are watching this…let’s make it happen pls

Hear the #LiveLoungeMonth chat in full on @BBCSounds

Swift’s longtime collaborator Jack Antonoff worked on The 1975’s fifth album ‘Being Funny In A Foreign Language’, which comes out on Friday (October 14). Antonoff was also involved in the creation of ‘Midnights’, Swift recently confirmed.

Over the summer, Healy revealed Swift’s reaction to hearing ‘Being Funny…’.

While The 1975 don’t appear on ‘Midnights’, the album will include a collaborative song with Lana Del Rey called ‘Snow On The Beach’.

In a new video on social media, Taylor Swift said she is “such a massive fan of Lana Del Rey” and opened up about the meaning behind the joint track.

You can read NME‘s four-star review of The 1975’s ‘Being Funny In A Foreign Language’ here.

The post The 1975 respond to rumours of Taylor Swift collaboration appeared first on NME.

Let us know which of Taylor Swift's Hot 100 chart toppers is your favorite by voting in our poll.