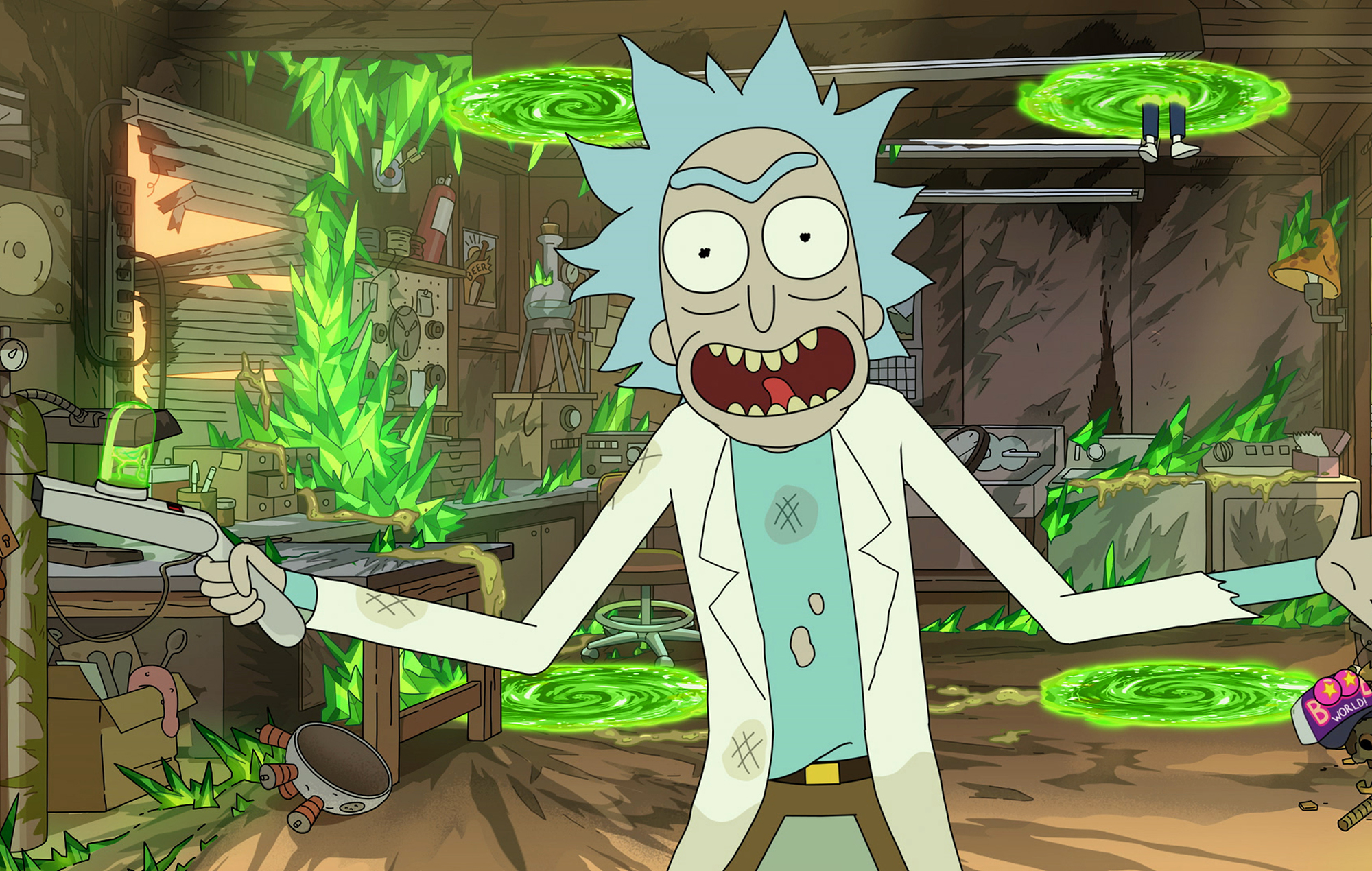 Rick and Morty rewrote the extinction of the dinosaurs in latest episode ‘JuRicksic Mort’. No longer creatures to fear, the ancient creature have become harmonious, mildly condescending intellectuals who believe they’re spreading peace throughout the galaxy. They also don’t know their utopias have been consistently wiped out by an “angry species of rock”.

By the episode’s end, Rick has fixed his (long defunct) portal gun and promises a return to “classic episodes” of “portal-ing in, wrecking shit and portal-ing out.” Here’s what you need to know about the show’s most important object.

Rick’s portal gun, along with the portal supply in the Citadel, was hacked by Evil Morty in the season five finale. This caused every portal to open a gateway to a deadly monster, killing many Ricks and Mortys in the process.

How did Rick fix the portal gun?

He just… fixed it

Once the dinosaurs are dealt with, Rick calls Morty to the garage following an explosion. Without any explanation as to how (who needs one, really?) Rick demonstrates the portal gun is working once again by opening a portal to a dimension where hats wear people.

In a reference to the seventh season of episode five, ‘Gotron Jerrysis Rickvangelion’, Rick then pulls out a “Boob World” hat for Morty, a place they planned to visit in that episode before getting distracted by mecha ferrets. Could a trip finally be on the cards for next week’s episode?

What else could this connect to?

Rick Prime was properly introduced in the opening episode of season six. He’s the Rick responsible for the deaths of Rick’s wife Diane and daughter Beth in dimension C-137, the catalyst which led Rick-137 (the main one) on a mission of vengeance to hunt him down. The other dynamic to Rick Prime’s existence is that he’s Morty’s actual grandfather, with Rick-137 admitting he joined the Smith family hoping that Rick Prime would return so he could kill him.

We last saw Rick Prime in the post-credits cutscene of the same episode, when he was sent to his original ‘Cronenberged Dimension’ after Rick-137 accidentally reset all portal travellers. As he confronts a rogue Jerry, Rick Prime is confused why he’s been sent back there. It’s noted earlier in the episode, however, that Rick Prime is likely facing the same difficulty as everyone else in escaping his original dimension, and that he might be “trapped”.

Considering Rick-137 found a way around the issue with beacons and wormholes, it’s possible Rick Prime escaped his original dimension via similar methods. If not though, and with his portal gun back in action, Rick-137 might be tempted to visit the ‘Cronenberged Dimension’ in the hope of enacting the revenge he’s been seeking all these years since his wife’s death.

Could Rick Prime team up with Evil Morty?

In ‘JuRicksic Mort’, the dinosaurs decided to help Rick by closing the massive rift in space caused by Evil Morty. At the end of season five, Evil Morty destroyed the Citadel and travelled through the rift into a multiverse beyond the Central Finite Curve, where Rick is no longer the smartest person in the universe.

Rick’s response to the rift’s closure is of meta dismay: “That was all canonical and shit, we could have milked that for a whole season.” While it’s played as gleeful tearing down of canon, the rift has been floating up there over the timespan of five episodes, so it’s possible something else passed through which could lead to galactic trouble down the line.

Alternatively, this could be the writers temporarily blocking off one plot thread to divert focus on another. Rick And Morty plays fast and loose with when it decides to tackle the serialised plot between the one-off adventures, but with Rick Prime now properly established, it feels like the course of season six is to bump his status as the immediate key villain.

The post ‘Rick and Morty’ is going back to its roots – here’s what you need to know appeared first on NME.

Seulgi: “Everybody has a little bit of good and evil in them”

Social Media Star Charli D‘Amelio Debuts New Music Video for Single ’If You Ask Me To‘: ‘Putting This Song Out Is Important to Me’