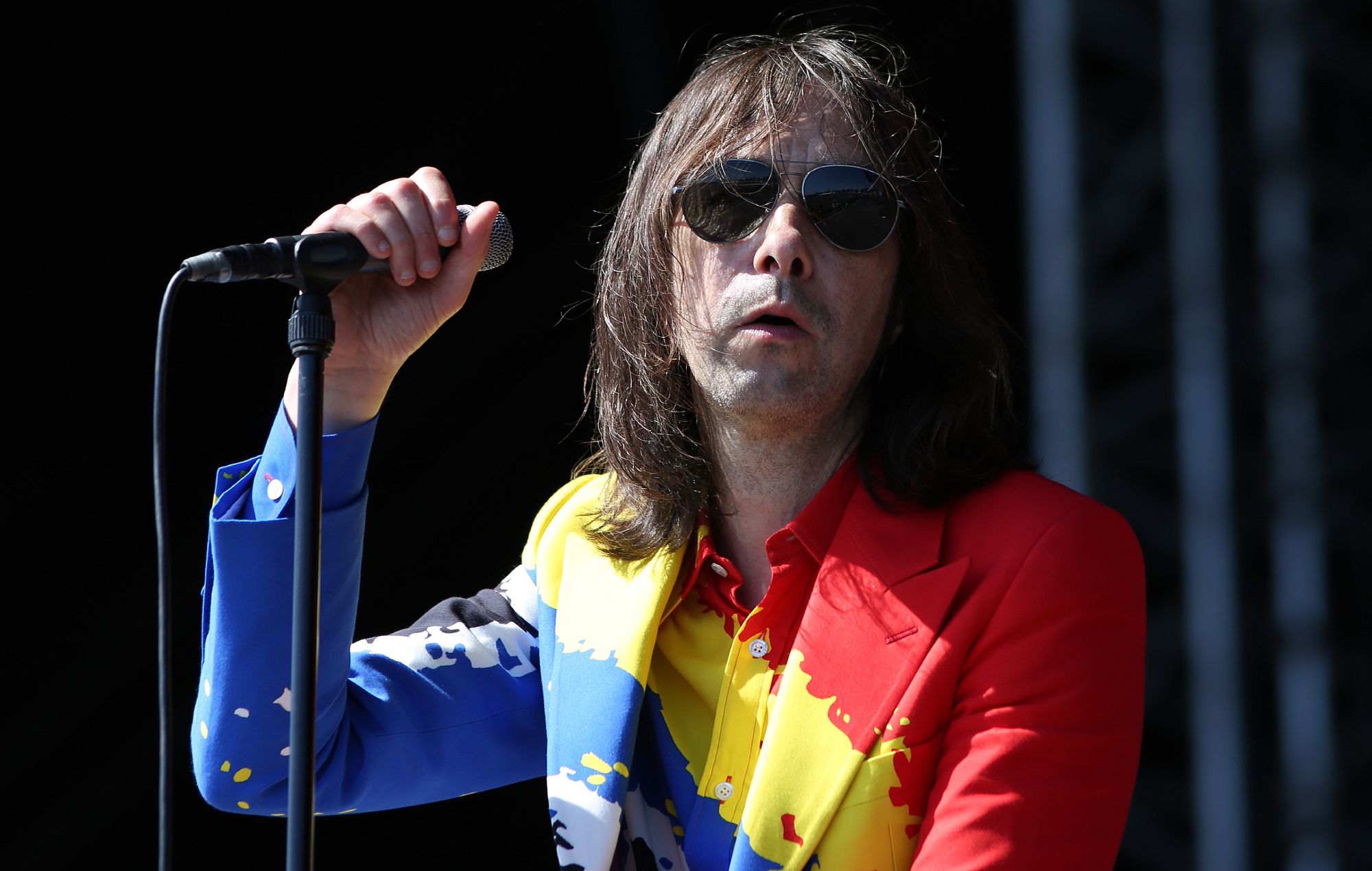 Primal Scream have collaborated with Aida Celtic FC and fashion brand A Number Of Names* (Anon*) for a new shirt to help fundraise for the refugee camp football team.

The Scottish band have unveiled the “Palestinadelica” shirt, the title of which is a play on the group’s third album ‘Screamadelica‘ (1991) and Palestine, the territory where the Aida Refugee Camp is based.

All proceeds from the sale of the shirt, which features the ‘Screamadelica’ artwork on the right hand shoulder and chest, will go towards helping train Aida Celtic footballers as well as provide sportswear for the refugees in Bethlehem. You can purchase the shirt here.

We have teamed up with @aida_celtic to make the Palastinadelica football shirt. ALL proceeds from sales go towards helping train and provide sportswear for the Aida refugee camp football team. If u want to buy a shirt go to <https://t.co/b5QyGqlBsy> https://t.co/vXBDzvjVmm

As has been common practice in Scottish football, fans often blur the line between sport and politics by waving flags from particular states during fixtures. Some Celtic fans have shown their support for the state of Palestine over the years amid the ongoing conflict with Israel in this manner.

The Green Brigade made headlines in 2016 after Celtic was charged by the Union of European Football Associations (UEFA) over its supporters flying Palestinian flags at a match between Celtic and the Israeli side Hapoel Beer-Sheva in a Champions League Qualification fixture.

This led to the #MatchTheFineForPalestine campaign, which saw the Brigade crowdfund in excess of £176,000 to cover the £8,600 UEFA fine and in turn donate extra money to charities benefitting Palestinian healthcare and the state’s justice movement.

Former Manchester United player Eric Cantona today (October 15) joined Primal Scream in promoting the “Palestinadelica” shirt by sharing an Instagram image of him posing in the shirt. He also shared information on how to buy the clothing and support Aida Celtic.

Last year, figures in the entertainment world spoke out about the conflict between Israel and Palestine as protests took hold all over the world.

Primal Scream shared photos from protests in London, including fans of Celtic FC wearing shirts in the team’s colours that had been customised to show their support for Palestine.

Nadine Shah shared a video of a 10-year-old Palestinian girl talking about air strikes that destroyed her neighbour’s home and killed 10 people. “Given the chance she could be whatever she wants to be but not if her school is flattened and not if her country is destroyed and certainly not if her life is cut short like so many children that have been killed during this violence,” the musician commented.

“This is utterly heartbreaking,” The Charlatans’ Tim Burgess said, sharing the same video as Shah. “We shouldn’t avert our eyes from what is happening. Regardless of history or politics, this has to stop.”

Rihanna, meanwhile, said she stood “with humanity” in an Instagram post calling for ‘the cycle to be broken’. The singer faced criticism from many for taking a neutral stance.

Wonder Woman star Gal Gadot was on the receiving end of similar criticism for her tweet addressing the ongoing crisis. “My heart breaks. My country is at war,” the Israeli actor wrote. “I worry for my family, my friends. I worry for my people. This is a vicious cycle that has been going on for far too long.

“Israel deserves to live as a free and safe nation, Our neighbors deserve the same. I pray for the victims and their families. I pray for this unimaginable hostility to end, I pray for our leaders to find the solution so we can live side by side in peace. I pray for better days.”

Gadot was criticised for not mentioning Palestine in her tweet, while other social media users called her response “a heartwarming message for peace in the conflict”.