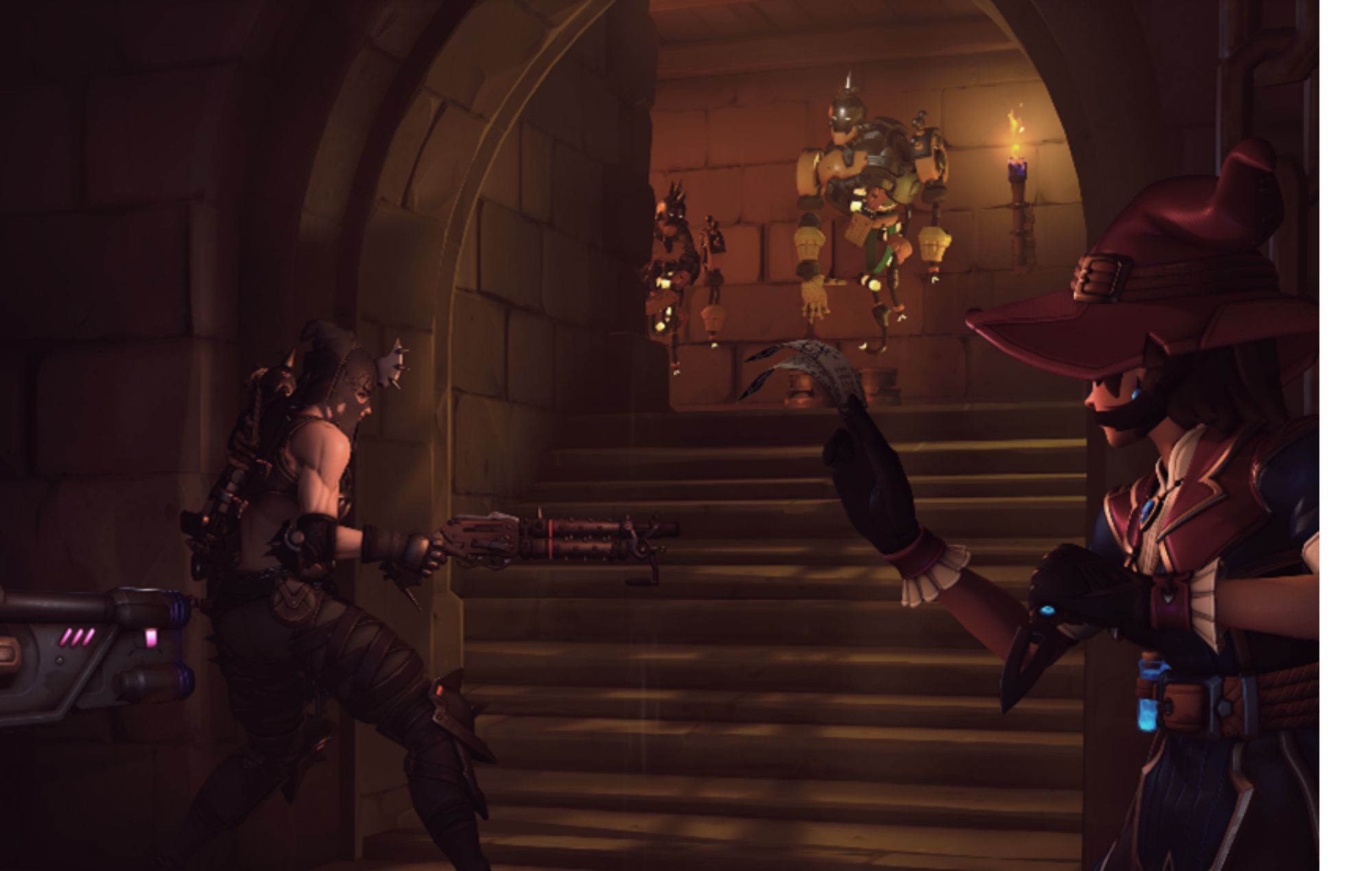 Overwatch 2 will host its first Halloween event on October 25 until November 8, and brings a new four-player PvE mode as well as seasonal skins.

The event continues from the original Overwatch’s legacy and is called Junkenstein’s Revenge: Wrath of the Bride, and will add seasonal spooky skins for Sojourn, Junker Queen and Kiriko. These three alongside Ashe will be the four playable characters in the Halloween-themed PvE mode.

Kiriko will be getting a witch-themed skin complete with her own broomstick whilst Sojourn has a noir detective get up headed her way, with some neon trims to remain true to her futuristic style. Junker Queen’s skin sticks to her roots as she is adorned with heavy chains, keys and spiked armour.

Events in Overwatch 2 are bound to take a slightly different shape than in its predecessor, as in the first game the seasonal events came with themed loot boxes which could be earned by playing the game, and opened to reveal themed cosmetics. With the departure of loot boxes, it’s unclear how cosmetics and rewards will be earned in Overwatch 2 during events.

The skins and heroes in action can be seen in the official season one trailer on the Overwatch Youtube channel. With Sojourn, Ashe, Kiriko and Junker Queen being the four playable characters in the PvE mode, it’s unclear as yet whether they need to be unlocked by new players prior to joining the Halloween event.

The PvE mode could be set to reward players with skins for completing certain achievements, or challenges as they’re known as in Overwatch 2. Blizzard hasn’t yet revealed any further information on the new Halloween event, so until it does players can only speculate on how exactly it will go down.

In other news, Nintendo has taken Nintendo Switch Sports’ servers offline while it works to fix a bug, rendering the online modes temporarily disabled.