Nicki Minaj and Latto get into heated exchange on Twitter 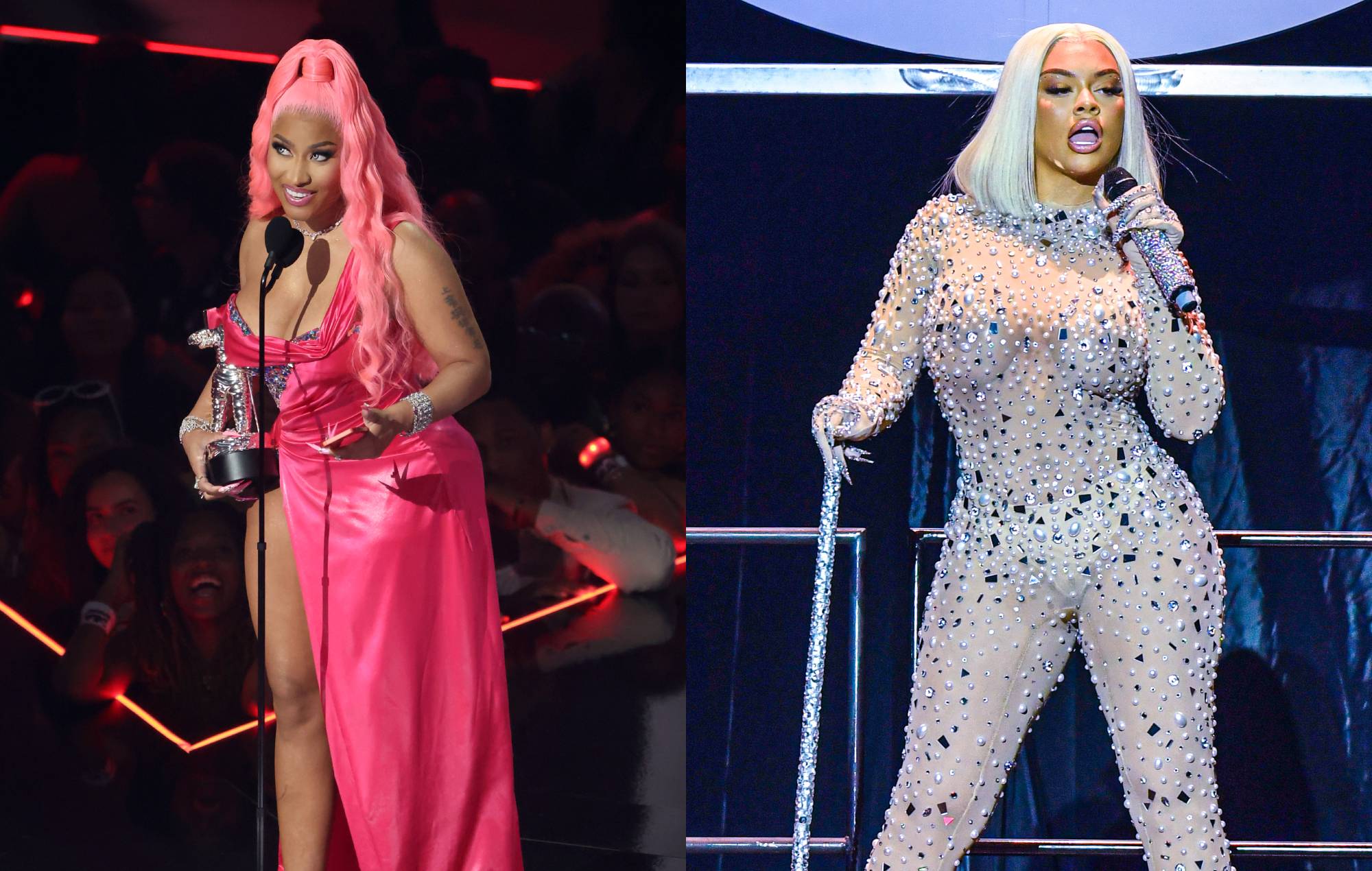 Nicki Minaj and Latto have gotten into an online feud following a dispute about their hit songs.

Over the weekend, Nicki took to social media to voice her disapproval about her single, “Super Freaky Girl”, reportedly being considered for the 2023 GRAMMYs’ pop categories, despite submitting the song to be included in the rap categories.

In making her point, she said that Latto’s “Big Energy” should also be removed from rap categories.

“I have no prob being moved out the RAP category as long as we r ALL being treated fairly,” she tweeted. “If SFG has 2B moved out then so does Big Energy!”

I have no prob being moved out the RAP category as long as we r ALL being treated FAIRLY. If SFG has 2B moved out RAP then so does Big Energy! ANY1 who says diff is simply a Nicki hater or a troll. I’d actually LUV 2 c a more street record win- male OR female! IJS rightIsRight

Shortly after Minaj’s tweet, Latto tweeted: “Damn I can’t win for losing… all these awards/noms I can’t even celebrate.”

A private conversation was had between the two rappers in Direct Messages, which Minaj posted a screenshot of in a now-deleted tweet where she called Latto a “Karen” and a “scratch off” in the caption. In the screenshot Latto said she agreed with Nicki’s argument regarding the GRAMMYs but said “because of where we left off ion think u need to bring my name/song up to prove ur point.”

“This Karen has probably mentioned my name in over 100 interviews,” Nicki Minaj tweeted. “Says she waited in line for Pink Friday w/her Barbie chain on, bangs, pink hair..but today, scratch off decides to be silent; rather than speak up for the Black woman she called her biggest inspiration.”

Latto responded by calling Nicki a 40-year-old bully, adding that she has been ignoring subliminal disses from Nicki since March.

“I’ve ignored countless subtweets since March and instead addressed u in the dm,” Latto wrote. “You’re asking why I didn’t speak up in ur defense… it’s the same answer I gave u when u asked why I didn’t congratulate you. Ur literally older than my mom tryna be a bully.”

1st of all I texted u cause I didn’t wanna do the internet sht w sum1 I looked up to. Just like the 1st time I DMed u asking about ur ongoing subtweets. I wanted to speak up cuz like I said I do agree but the way u going about it seems malicious esp. after how we left off https://t.co/e5Z9GQutGe

I’ve ignored countless subtweets since March and instead addressed u in the dm. You’re asking why I didn’t speak up in ur defense… it’s the same answer I gave u when u asked why I didn’t congratulate you. Ur literally older than my mom tryna be a bully @NICKIMINAJ

During the Twitter tirade Latto accused Nicki Minaj of being related to rapists, to which Nicki responded with by questioning Latto for working with certain individuals.

She also claimed Latto has an issue with her because she declined two feature on two of her songs.

The feature was never the problem..u passed on the TWO songs I sent & I still showed love??? U not the only person I’ve sent songs to that passed lmao. Never took offense. IMA RAPPER. Cute way to spin the narrative tho https://t.co/lvLjG1BI4T

Since the feud erupted over the weekend, Nicki Minaj has deleted most of her tweets and the rappers have not yet reconciled.

Latto recently came under fire from Kodak Black after “Big Energy” won Song of the Year category at this year’s BET Hip-Hop Awards.

Nicki Minaj was recently the recipient of a huge honour as she won the Michael Jackson Video Vanguard Award at the 2022 VMAs, where she delivered a career-spanning performance.