Skip to the content
HomeMusic NewsMark Hoppus is writing a book about his life, Blink-182 and cancer journey

Mark Hoppus is writing a book about his life, Blink-182 and cancer journey 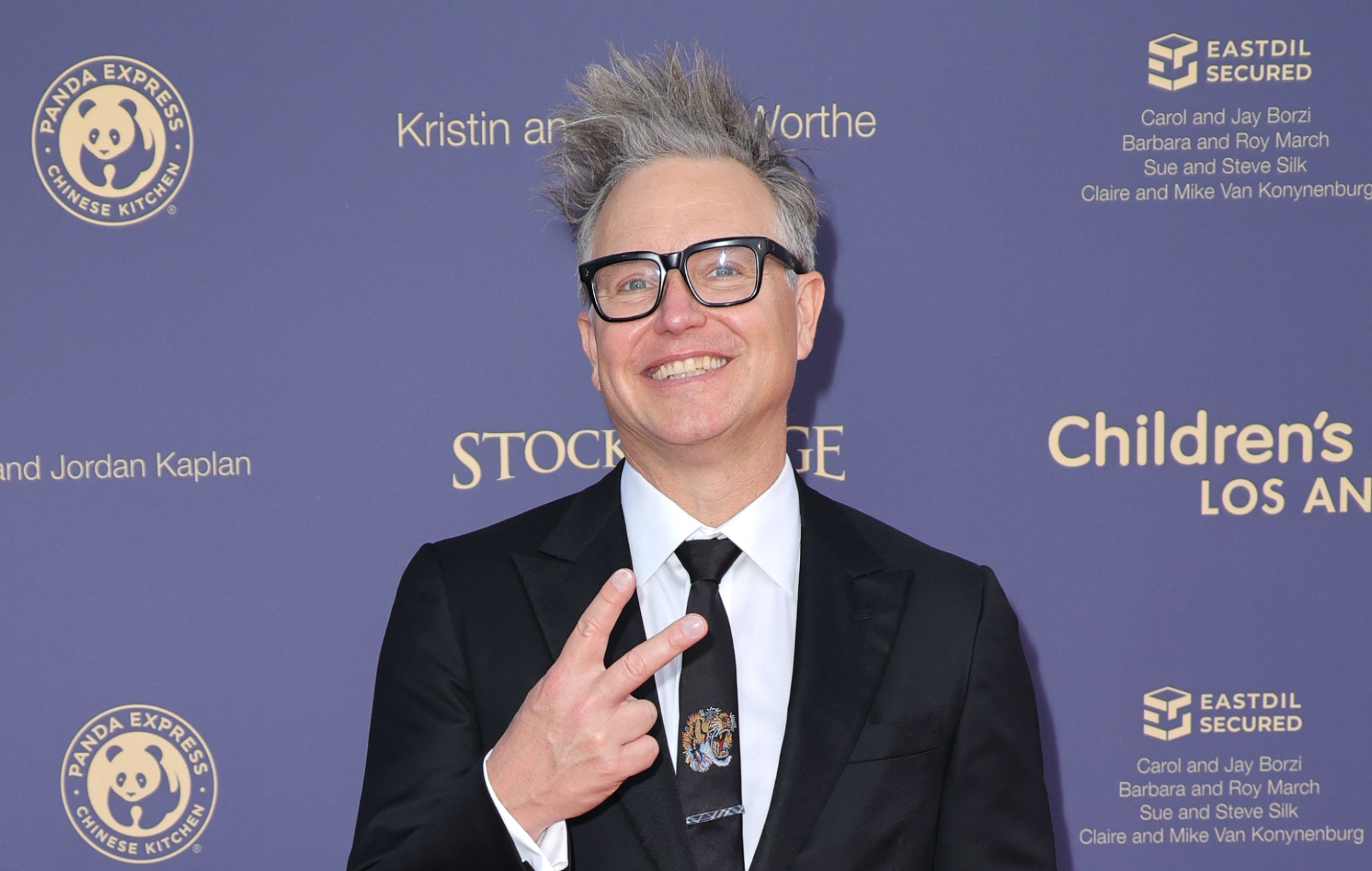 Mark Hoppus is writing a book about his life, career with Blink-182 and experience of battling cancer.

In July 2021, the bassist confirmed that he had been diagnosed with 4-A diffuse large B-cell lymphoma – the same type of cancer his mother had (and eventually recovered from). He told fans in September 2021 that he was cancer-free.

Yesterday (October 11), it was announced that Blink-182 have reunited with Tom DeLonge to release new music and embark on a huge world tour. They’re due to share the song ‘Edging’ this Friday (October 14).

The trio had reunited in person prior to Hoppus beginning chemotherapy treatment last year. “It was the first time that all three of us were in the same room in like five years,” Hoppus recalled previously of that meeting.

In a new interview with The Hollywood Reporter, Hoppus revealed that he’s writing about the events of the past 12 months or so in an upcoming book, which he began writing “earlier this year”.

“I’m not that far into it yet but I’m writing a book about my life and experience in Blink and what I’ve gone through over the past year or so,” he told the outlet.

Per THR, Hoppus described the title as “a combo of music memoir meets medical journey”. He is currently working with an editor and has secured a publisher. “We’re finalising the deal and I’m really happy with the way that’s coming together,” the bassist said.

“I’m excited to tell my story. I didn’t say anything about being sick for the longest time because I was so scared and overwhelmed by the whole thing.”

Opening up further about his experience of facing cancer, Hoppus explained: “My world got really, really small. Like, I closed down and it was just my family and dear friends that were in my life. I was in the hospital chair for my third chemo session when I accidentally posted it to Instagram. I remember staring at it and people started calling, like my publicist, manager and friends. All of a sudden, it was like, oh, damn, I really screwed it up.

“But as soon as it got out, there was such an overwhelming outpouring of support and love, not only from the world at large and people on Instagram and Twitter and Discord, but to old friends that I had fallen out with 20 years ago.

Hoppus added: “They came back into my life and, at that point, I felt like I turned a corner. I stopped being so afraid and started feeling like, OK, let’s see how we can get through this by sharing my story.”

Blink-182 are set to release a new studio album, details of which are yet to be revealed. Tom DeLonge hasn’t contributed to a Blink project since 2012’s ‘Dogs Eating Dogs’ EP.

The band’s most recent album, ‘Nine’, came out in 2019. It was the second record to feature Alkaline Trio‘s Matt Skiba, who replaced DeLonge in 2015.

Tickets for Blink-182’s 2023/2024 reunion tour go on general sale at 10am local time next Monday (October 17). You’ll be able to purchase yours here (UK) and here (North America). Head here to find the full schedule.

Meanwhile, Tom DeLonge has teased that Blink’s forthcoming record is “the best album of our career”.

The post Mark Hoppus is writing a book about his life, Blink-182 and cancer journey appeared first on NME.

‘Football Manager’ is aiming for “seamless” integration with women’s football

Listen to the soundtrack for Netflix series ‘The Watcher’