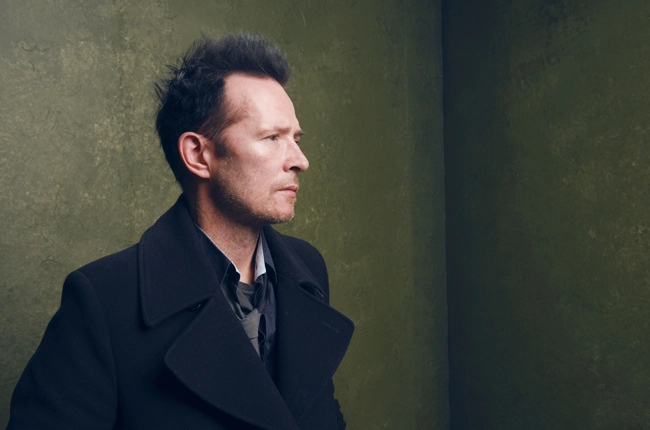 Scott Weiland’s previously unreleased cover of John Lennon and Yoko Ono’s ‘Happy Xmas (War Is Over)’ has been shared online. Check it out below.

The rendition, which comes three decades after Weiland’s band Stone Temple Pilots released their debut album ‘Core’, will also be part of Weiland’s expanded version of his 2011 album ‘The Most Wonderful Time of the Year’ – set for release ON November 4.

The expanded edition of the album will also include four bonus tracks not included on the original, which will accompany Weiland’s covers of ‘White Christmas’, ‘Silent Night’ and ‘Winter Wonderland’.

‘The Most Wonderful Time of the Year: Deluxe Edition’ will come pressed onto variously vinyl variants all sharing a Christmas theme including red and green vinyl. The artwork has also been re-worked for the expanded edition of the album.

The holiday-themed covers that make up the album are some of the last posthumous material to come from Weiland, after the Velvet Revolver singer passed away back in 2015 due to an accidental overdose.

Last year, it was announced that the late frontman’s memoir Not Dead & Not For Sale is set to be adapted into a film titled Paper Heart. The film was picked up after production house Dark Pictures and producer Orian Williams acquired the book rights to the 2011 memoir, which Weiland penned with David Ritz. The film will tell the story of Weiland’s life, including his battles with addiction and his comebacks amongst other things.

PaRappa the Rapper gets an unlikely shout-out in ‘God of War: Ragnarok’

‘The Kelly Clarkson Show’ Renewed Through 2025

The two-season pickup comes after the syndicated talk show continues to grow in its fourth year.

The tune also makes the best debut on Mainstream Rock Airplay in 16 years.