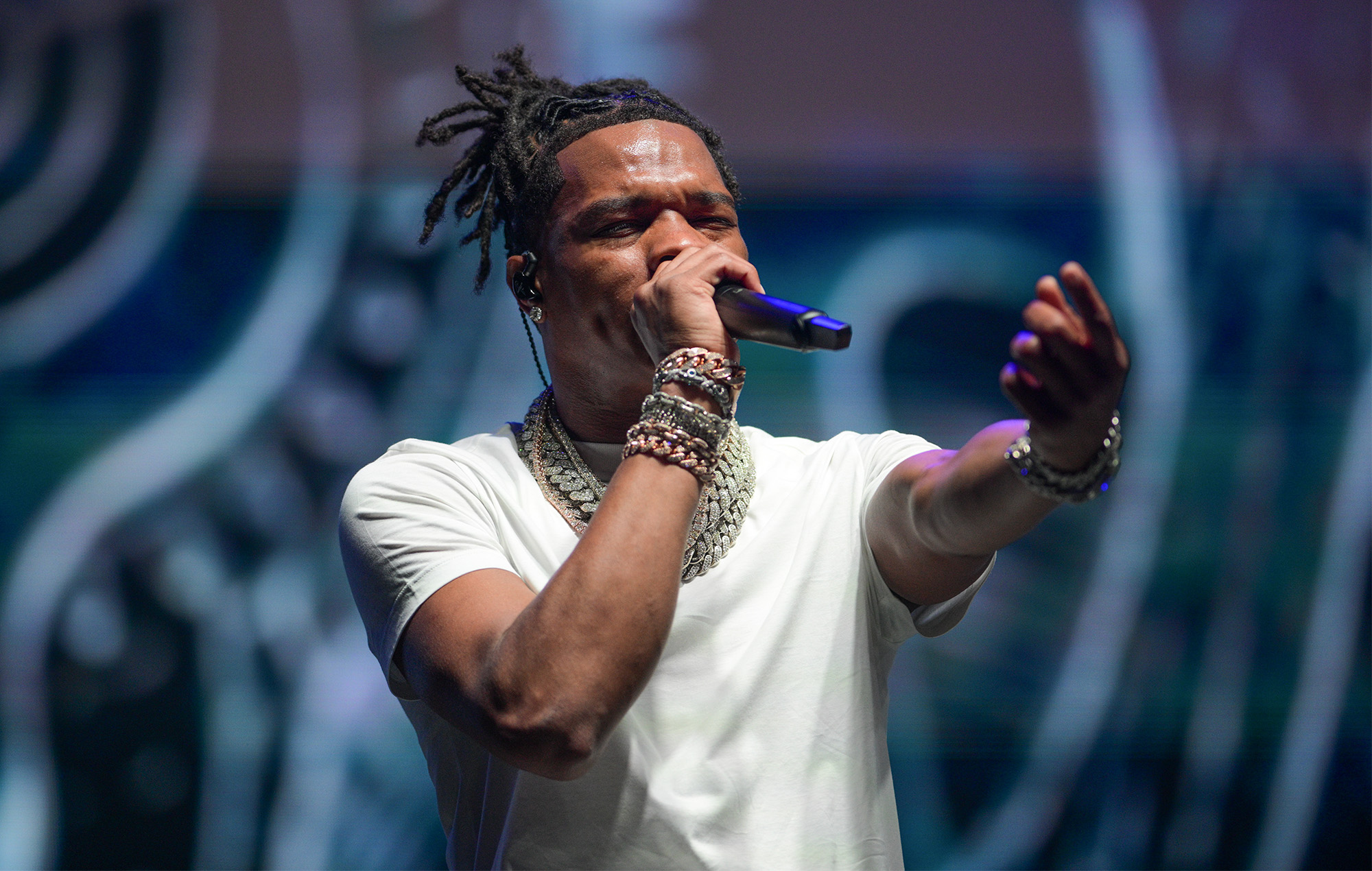 Lil Baby has opened up about how he coped with the pressures of becoming successful, explaining that in the early days of his fame, the rapper found himself in a “dark spot”.

The revelation came in an interview with fellow rapper Big Loon, with Lil Baby – real name Dominique Jones – appearing on his podcast The Experience. Around halfway into their hourlong chat, Loon and Jones spoke about how a position of influence can affect a young rapper’s psyche; asked outright if he enjoyed his life, Jones said: “Yeah. There’s a long time [where] I wasn’t happy, but now I’m finally in a stage where I can wake up and be happy.”

Reflecting on what brought him down for that period of time, Jones continued: “I had a lot of shit I was going through. Getting adjusted to this shit, changing, having to stop being around people I’m used to being around, doing things I used to be doing… [But] I know that I can adapt to any environment, so it was just [that] adapting to my new environment put me in a dark spot for a minute.”

Jones went on to say that his biggest obstacle in adapting to fame was “really starting everything over, from all the way down to your thoughts”. He explained that people would tell him to think and move in ways he wasn’t used to, noting: “That shit kind of fucks with you because it’s like, it’s real life situations. And I’d be saying like, ‘Damn, I’ve been living my whole life thinking like this.’ You’ve really got to tell yourself, ‘You can’t think like that no more.’ That shit can be a little depressing.”

Have a look at Lil Baby’s full interview with Big Loon – the topic in question coming up around 34 minutes in – below:

Jones’ appearance on The Experience came in support of his third solo album as Lil Baby, ‘It’s Only Me’, which arrived last Friday (October 14) via Quality Control and Motown. It was announced alongside the single ‘Detox’, which doesn’t actually appear on the record itself.

The album follows up on ‘The Voice Of The Heroes’, a collaborative record with Lil Durk that dropped in June 2021. In the months since then, Jones won his first Grammy – for his contribution to ‘Hurricane’ from Kanye West‘s ‘Donda’ – collaborated with Nicki Minaj on ‘Bussin’, and rapped alongside Drake and Future on DJ Khaled‘s ‘God Did’.

Meanwhile, a documentary about Jones’ career, titled Untrapped: The Story Of Lil Baby, came out in August. In a four-star review of it, NME’s Luke Morgan Britton wrote: “The doc succeeds in bringing us closer to the rapper than we’ve ever been before, mapping out Baby’s journey from inner-city poverty and teen years spent “hustling” on the streets to his eventual journey to rap’s top tier and ongoing plight for social change.”

Last month, Jones shared another non-album single titled ‘The World Is Yours To Take’, heavily sampling Tears For Fears’ 1985 classic ‘Everybody Wants To Rule The World’.

Beyond being one of K-pop's top performers, SEVENTEEN are making sure their "mini concert" at the mu