‘Layers Of Fear’ has left me scared of doors 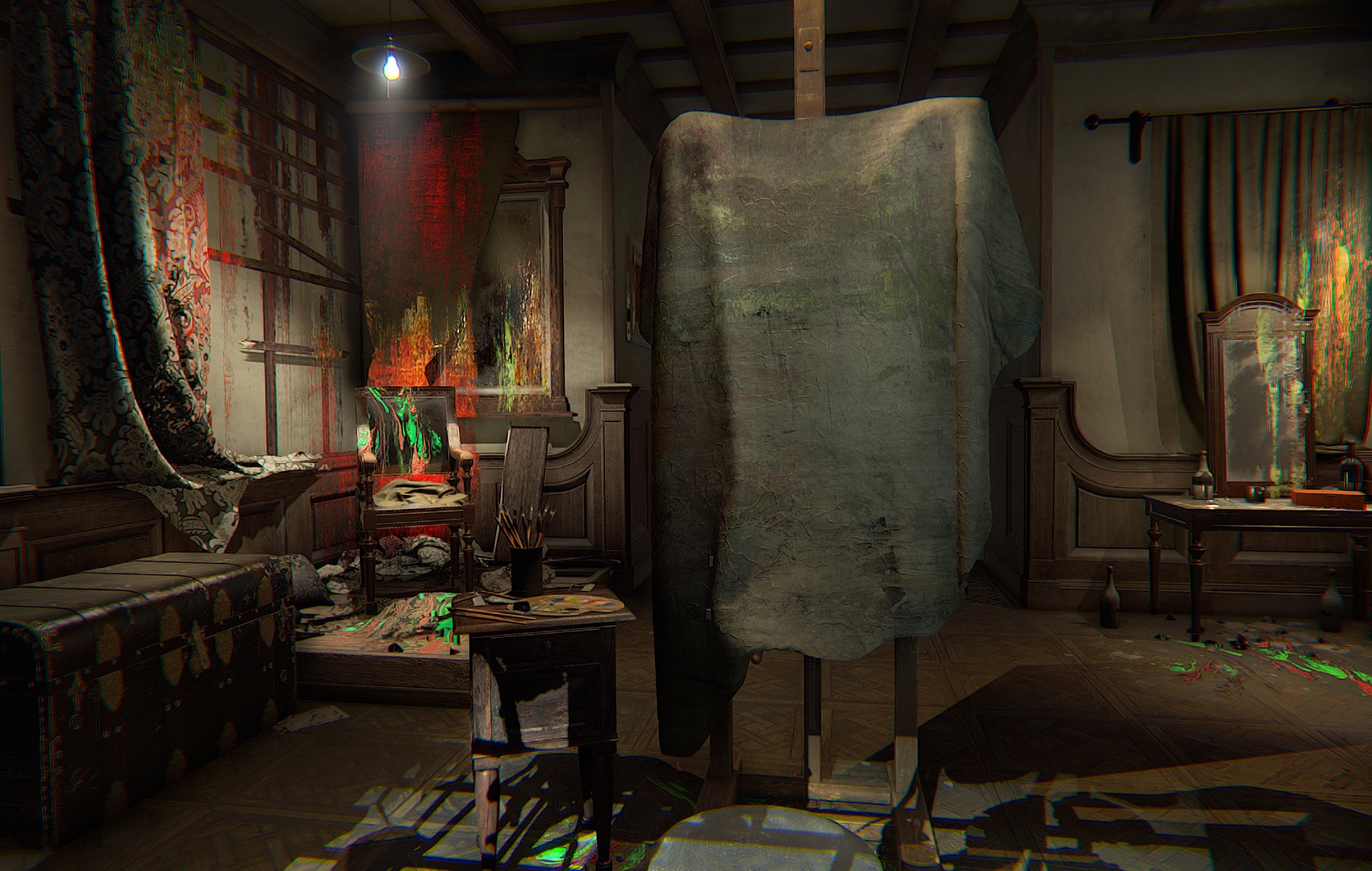 Each week in October, feeble-hearted staff writer Andy Brown will square off against the scariest horror games imaginable. This week, Andy falls victim to Bloober Team‘s Layers Of Fear.

When I pitched this column, I thought it would be hilarious. Chuck a poor staff writer – unfortunately, me – into the scariest games around in the name of Halloween? Brilliant.

Looking back, I was an idiot. Yet as I took my first steps into Layers Of Fear – Bloober Team’s psychological horror from 2016 – this still seemed like a funny idea. Layers Of Fear opens up in a cosy lobby, rain lashing against the windows as a fire gently crackles – it could be anything but a horror game…if you ignored the fact that the room’s warmth didn’t quite reach the far wall.

Horror aside, the first thing that struck me about Layers Of Fear was the way you open doors – rather than just pressing a button, you grab onto it and glide it open. During those milliseconds of engagement, you feel so horribly vulnerable: rather than a quick press of a button and a skittish step back, your hand needs to stay firmly on the door – and close to whatever’s on the other side of it – to move forward.

In those first minutes, I opened everything in sight – cupboards, drawers, whatever. There wasn’t a hinge I wouldn’t test. When I steeled myself to investigate an ominous dripping noise from a nearby bathroom, I wasn’t quite brave enough to swing it open and check in. Cringing, I slowly pushed the door open a sliver – just enough to try and get a glimpse of the bathroom, and make sure it was just a leaky tap that was dripping. Unfortunately, all I saw was a dark window, and a mirror I was going to avoid looking into at all costs. As it turned out, there was no cause for concern – it was just water dripping into the sink – but the fear I felt while timidly opening the door was very much real.

Layers Of Fear spends a long time hammering home the mundanity of opening its doors, but it’s not quite enough for you to drop your guard. I got the feeling that Layers Of Fear wanted me to get used to opening stuff – in fact, it felt like it knew that I knew: within five or so minutes of starting the game, I opened a cupboard just to have a bunch of glass bottles loudly fall out. It’s a silly, cheap scare (I say, in retrospect) that feels like an empty promise of safety. “Go on,” Layers Of Fear seems to leer. “We’ve had our fun – you can trust us, that’s it done!”

Is it fuck. Once you head down Layers Of Fear‘s rabbit hole, doors – in fact, the whole bloody house – becomes your worst enemy. As the protagonist’s house becomes more and more twisted, only two things stay the same: constantly opening doors to progress, and my abject fear of doing so. I’ve never been one for horror – the scariest thing I’ve ever played was Shadow Of Chernobyl‘s awful laboratory level five years ago, which I quit because a save crash meant I’d have to replay the level again. Because I’ve religiously avoided playing horror games for my entire life, as Layers Of Fear became progressively more menacing, I could feel my soul withering away.

There were a few moments that got me – at one point, an austere gentleman in a painting decided to melt away and leave his portrait, giving me time enough to whimper “please get back in your fucking painti-” before he jump-scared me from behind. Not too long after, I was once again reduced to a wreck when I was trapped in a child’s bedroom as ghostly footsteps echoed through the corridors and something tried the door handle. At other times, Layers Of Fear‘s reliance on mini-scares became too frequent to scare even me – a piano being thrown across the room looked like a janky GMod prop, and I got the hang of opening doors without cowering behind them as I once did.

And there was my mistake. After getting to the end of a seemingly-endless corridor, I stepped into a tiny, flickering room with ominous writing on the wall. I was so scared of whatever was in that room – and maybe the rush of playing a horror game for more than five minutes had gone to my head – that I didn’t hesitate to throw open the nearest door, despite it being suspiciously unlocked and a little too easy to reach. If I could go back in time, I would. But I can’t – so instead, the door swung open and I was treated to a screaming ghost in my face.

It finally got me. I knew what Layers Of Fear was going to do, and it still pulled it off. Is it because I’m completely unable to handle horror, or was Bloober Team’s deviously disarming level design enough to pull the wool over anyone’s eyes? Layers Of Fear was a brutal introduction to horror, and when my heart rate returned to a healthy level, I couldn’t help but admire the way it had twisted the mundane and predictable into a terrifying gut punch.

Perhaps horror aficionados will take a deeper meaning from Layers Of Fear‘s frights – but for me, the only lesson I learned was that I should think before I pitch an article.

Much to Andy’s delight, this series will run every Friday in October – follow NME Gaming on Twitter to catch the next one.

The post ‘Layers Of Fear’ has left me scared of doors appeared first on NME.