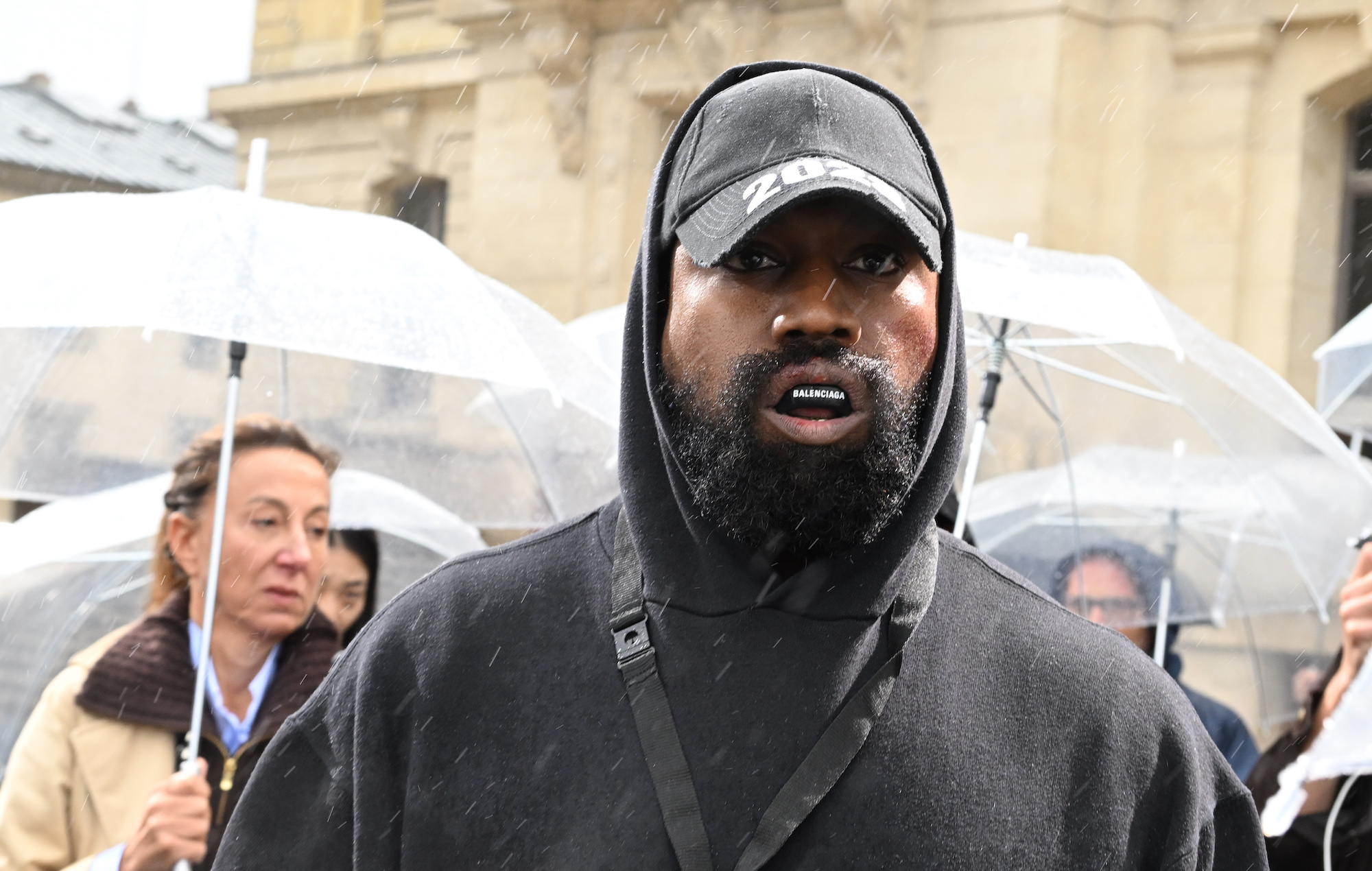 The 30-minute film was uploaded to YouTube today (October 10) and was shot by his videographer Nico Ballesteros.

West can also be seen confronting the executives over Adidas allegedly stealing his designs before storming out of the meeting. NME has reached out to Adidas and West for comment.

West partnered with Adidas under the Yeezy banner in late 2013, with their first collection debuting in 2015. Under the terms of West’s contract with Adidas, the rapper retains full ownership of the Yeezy brand, and has complete creative control over the products released through the brand.

Over the past year though, Kanye has accused Adidas of a number of wrongs, including allegedly creating Yeezy Day, the annual day in which the brand releases some of its most anticipated Yeezy sneaker drops, without his personal approval. Last month, he then hit out at the company again with a new post imagining the death of the sportswear brand’s chief Kasper Rørsted.

Last week, reports emerged in CNBC and Hypebeast that his partnership with Adidas was also “under review“.

A statement from Adidas reportedly read: “Adidas has always been about creativity, innovation, and supporting athletes and artists to achieve their vision. The Adidas Yeezy partnership is one of the most successful collaborations in our industry’s history. We are proud of our team that has worked tirelessly throughout our collaboration with [Kanye West] and the iconic products that were born from it.

“We also recognise that all successful partnerships are rooted in mutual respect and shared values. After repeated efforts to privately resolve the situation, we have taken the decision to place the partnership under review. We will continue to co-manage the current product during this period.”

Elsewhere in the documentary, West can be seen in meetings for several of his creative ventures as well as spending time with his children. He also plays some unreleased music in the film.

During one car journey, Kanye plays a never-before-heard track on which he quotes Drake, Future, Lil Baby and Moneybagg Yo.

“Tryna get away, feeling like a fugitive / Uncle Snoop voice, baby I don’t love hoes / You ain’t love Ye, you love Moneybagg Yo / I done signed away some of what he bad for / What he mad for? You a fake bitch”.

He also plays new versions of ‘First Time In A Long Time’ and ‘Sci-Fi’ from ‘Donda 2‘.

All this comes after a controversial week for West. Over the weekend (October 9), West had his Twitter and Instagram accounts suspended after posting antisemitic comments.

NBC News confirmed that the rapper was barred from the social photo-sharing platform, with a representative for Meta – the company that owns Instagram – saying he was restricted from posting and had content removed by a moderator following a violation of the rules and guidelines.

Despite a huge backlash to the moment, West later doubled down on his views, writing on his Instagram Stories that the Black Lives Matter movement “was a scam”, adding: “Now it’s over…you’re welcome”. He later issued another defiant response insisting: “They do”.

Artists such as Jaden Smith and Boosie responded to West’s controversial attire while the family of Ahmaud Arbery – a 25-year-old Black man who was murdered by three white neighbours in the United States in 2020 in a racially motivated hate crime – said Kanye West’s “White Lives Matter” shirt helped “legitimise extremist behaviour”.

BlackPink’s ‘Born Pink’ goes to No.1 on the Billboard 200, did Kelsea