Skip to the content
HomeFeatures‘Gotham Knights’ preview: keeping it in the family

‘Gotham Knights’ preview: keeping it in the family 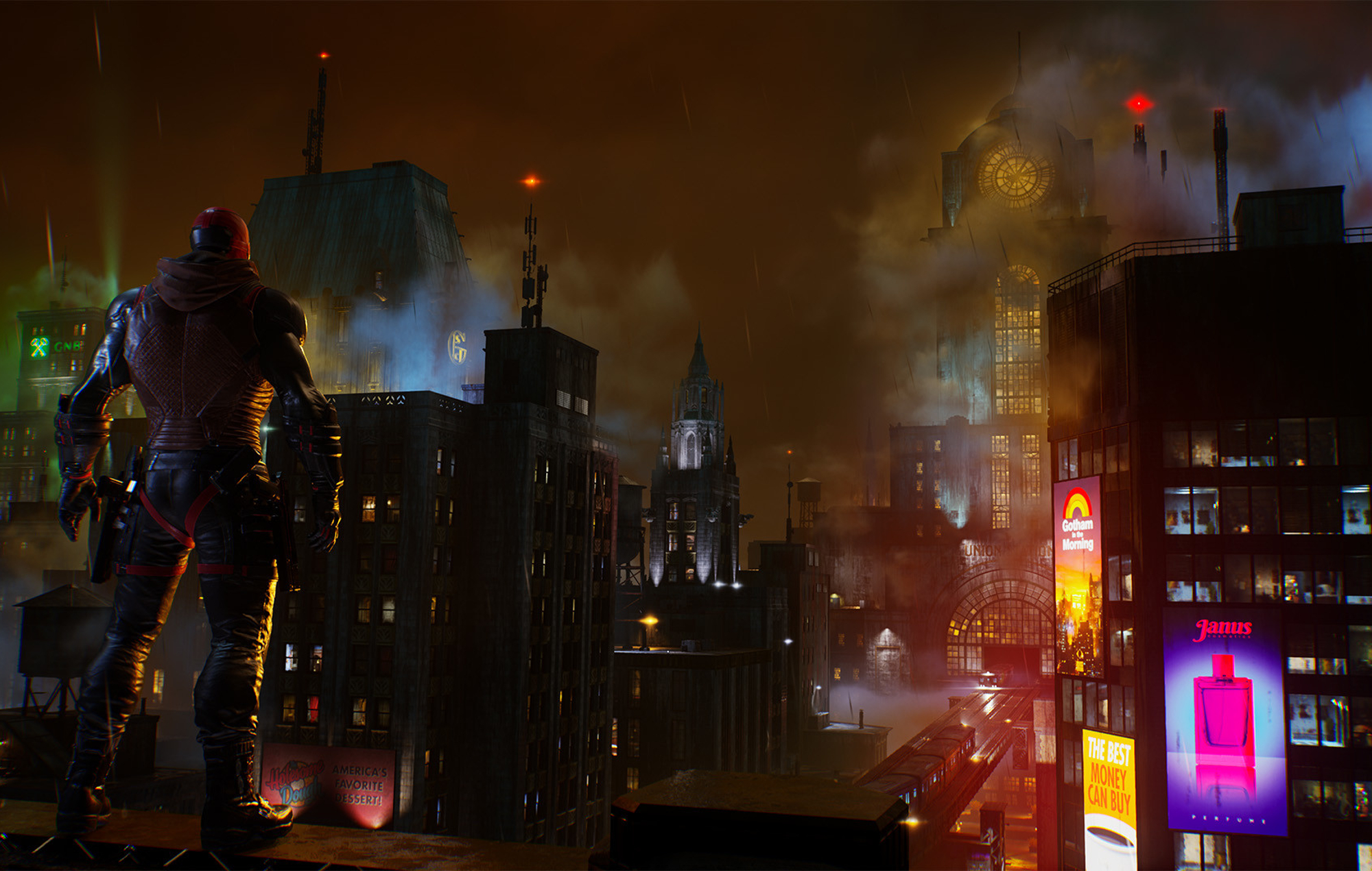 It’s been a while since we last saw a Batman game from Warner Bros., and we’re about to get two at once. While Rocksteady is continuing the Arkham franchise with Suicide Squad: Kill The Justice League, WB Games Montréal has been working on Gotham Knights, a bat-family beat-’em-up that sees a collection of sidekicks grouping together after Batman’s death to try and solve a mystery and keep the villains of Gotham in check.

So far, so good. But if you go into this expecting a follow-up to the Batman: Arkham franchise you’re missing half of the game. In places, Gotham Knights takes a lot of cues from action RPGs like Destiny 2 or The Division 2. Damage numbers fly off of goons like blood as you batter them, while the hunt for better gear or a more favourable environmental combo could have you tossing acid-flecked Batarangs at enemies or wading in with Escrima Sticks that spark with bioelectricity.

The main draw will be the cast. Batgirl, Nightwing, Red Hood and Robin all feel like distinct characters, not just in the moves that they bring to the table but also in the way that they throw down and how they move around the environment. Red Hood moves like a Gears Of War character, while Nightwing springs around so much it’s hard to get the camera to keep up with him. Vault with Batgirl and she’ll spring up onto the object, balancing for a second before she hops off. It’s a little movement that feels so distinctly true to Batgirl’s character that not only will comic fans love it, but people who only know these characters by their appearances in other Batman games will quickly find something to like about every one of them.

The abilities play into this. Red Hood might feel sluggish but his abilities transform him from a lumbering beast into a relentless force of nature. He’s best at range, and you’ll spend most of your time trying to pop off headshots or mashing the ranged attack button at the crowd of enemies around you. Later abilities mean that when Red Hood grabs someone, nearby goons will get scared, throwing them off their game. This is a million miles away from Nightwing, who dashes around the place fighting an entire room at once with fluid movements and long range attacks, effortlessly pinballing from enemy to enemy in a single combo.

I didn’t play as Robin, but I’m sure he’s got something going for him, too. Robin here is played by Tim Drake, and he’s a pleasantly chirpy presence in your ear even when you’re not playing as him. I was worried it might be Damien Wayne, bringing the grump quotient up, but actually Gotham Knights is narratively quite light and breezy, which is much appreciated.

In the sections that we played, I was mostly trying to foil the schemes of Harley Quinn, who was helping Batman dig into a big conspiracy but decided to break out and reinvent herself with the news that he was dead. Let’s be honest here, Batman may not feature in this game – I’m unconvinced until I see a body and even then there are a bunch of things in the DC universe that could bring ol’ Bats back from the dead – but it’s definitely a game about his death. There’s several cutscenes of people talking about how sad it is that Batman has kicked the bat-bucket, and maintaining that the four mismatched heroes have to work together because it’s “what Batman would have wanted.”

This is more of a standard brawler than the Arkham games, so the direct path is often in front of you. I didn’t miss this too much in the punching sections, where the only thing you’re losing is the gracefulness of Batman flipping around enemies, something that is bizarrely missing here so that it feels like you’re playing a shiny version of PS1 brawling classic Fighting Force. However, when it comes to stealth, Gotham Knights is a serious step back. While some characters might get perks to skulking about, most of the time it feels like a sloppier version of Arkham’s stealth systems.

In a lot of ways, this feels weaker than the Arkham games, but look past the brawling and the stealth, and the real draw here is the different characters and the way they can develop. Lashings of Destiny mean that you can select a character, customise and grow them with gear and cosmetics you’ve found to let you build not just, say, a Nightwing, but yours.

Add in the multiplayer co-op and some genuinely fantastic level design, and Gotham Knights could provide a compelling offering. Whether you’re a bat-fan or just eager to get the RPG experience in a big punchy wrapper, there’s plenty to be excited about when the game launches later this month.

The post ‘Gotham Knights’ preview: keeping it in the family appeared first on NME.

‘Call of Duty’ games ranked – what’s the best Call of Duty of all time?