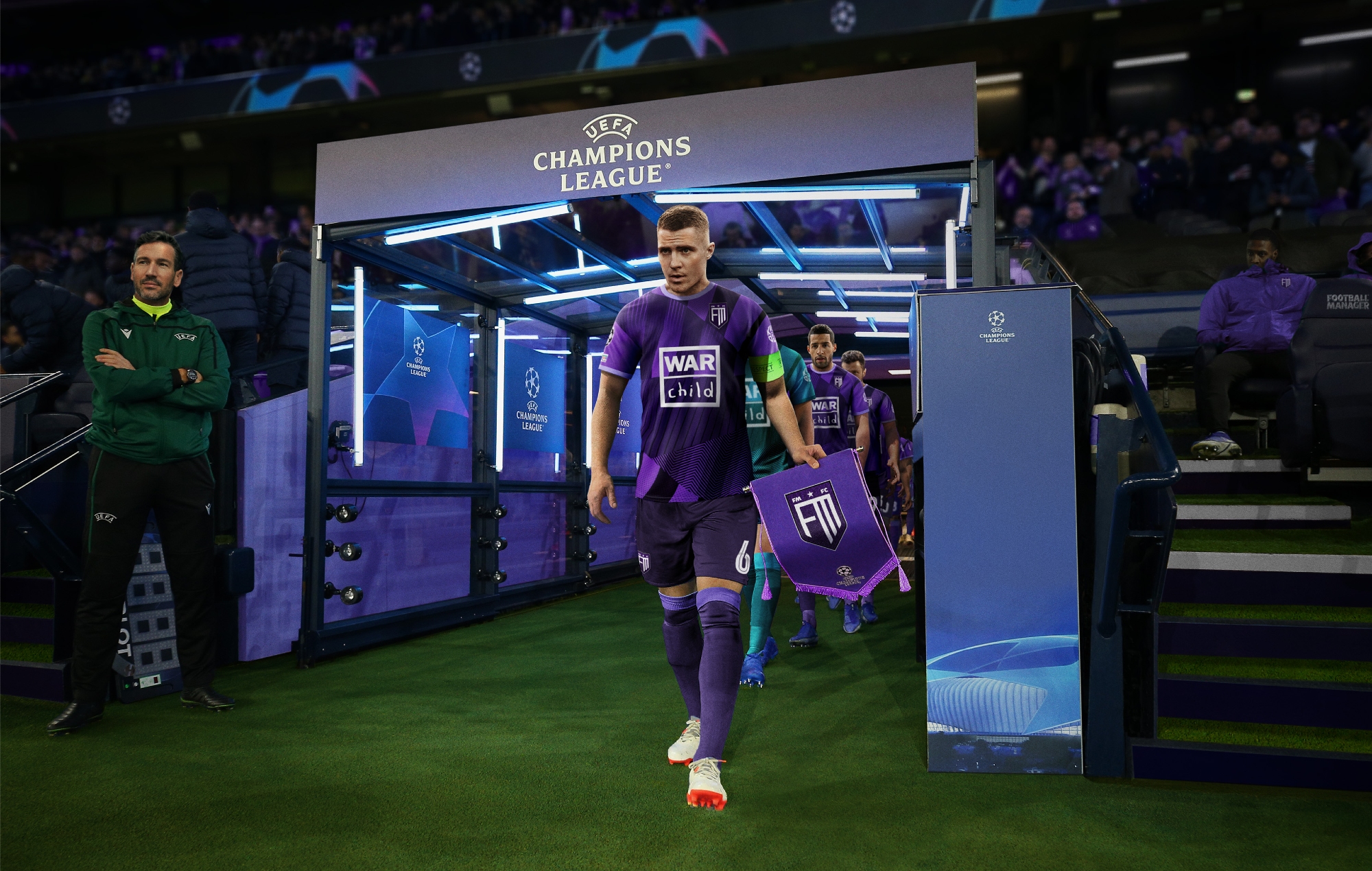 The start of the new football season holds two things for me: the brief spark of hope that this could finally be West Ham United’s year of glory, and excitement for the return of Football Manager, the grand strategy that turns thousands of football fans around the country into grand strategy nerds without them even realising it.

NME has had a few hours to play with Football Manager 2023 and the good news is that it seems like another title winner for developer Sports Interactive. This is to be expected, but there are a few new features that should make FM2023 a solid entry in the franchise.

The first feature you’ll notice is the UEFA license, which brings the Champions League, Europa League and the Europa Conference League into Football Manager for the first time. Far from being a simple wrapper, it’s actually woven into every one of the European matches, should you qualify for them. This means that team sheets, sub announces and every goal is covered in UEFA branding, but part of the integration was also a rework to football draws at all levels, which means if you don’t qualify and you’re down in the Vanarama South playing as Dover Athletic – guilty – you’re still getting a shiny new FA Trophy draw.

Neat, if you want your football to look authentic. But players who want it to feel authentic will probably be a lot more enthused about the changes to recruitment, with a squad planner that will map with your players development to identify holes not just in your squad now, but over the next few years. In my hands-on I didn’t have time to play three seasons as Dover, but I can tell you when I get there my midfield is going to need some serious changes.

Agents are also being given a bit of love. Now, far from being the pain in the arse that swaggers in to skim 10 per cent off the top of any contract negotiation, you can actually sound agents out before you make a proper approach to a player, getting a sense of what his wage requirements and transfer fee might be before you actually put your plan into action.

Elsewhere, there’s also the addition of Supporter Confidence. Supporters seem – I didn’t anger them fully, thankfully – to have the same power to oust you as the board, but they have different requirements: they want to see flashy transfers and good results, with fan favourites in the starting lineup. It’s just another plate to spin, but it feels true to form that the supporters would also be on the back of their manager too, in addition to club management.

All of these mesh together near instantly: I can’t imagine loading up my FM22 save now to play a game that doesn’t have the squad builder, and once you’ve had FM’s agents actually being useful for a change, it’s going to be hard to go back.

I’m also excited for my footballing future due to a feature I didn’t get to see but looks the business: a Dynamic Manager Timeline that looks to celebrate your management successes and big up every huge moment, whether that’s winning the FA Cup or flogging your wonderkid to Man City for an obscene transfer fee. For the FM lifers that play 10-20 seasons a year, this is going to be a much nicer way of doing things than tweeting out screenshots of the time you got Maidstone to win the Champions League against Man City.

How to preload ‘Warzone 2’ for all platforms