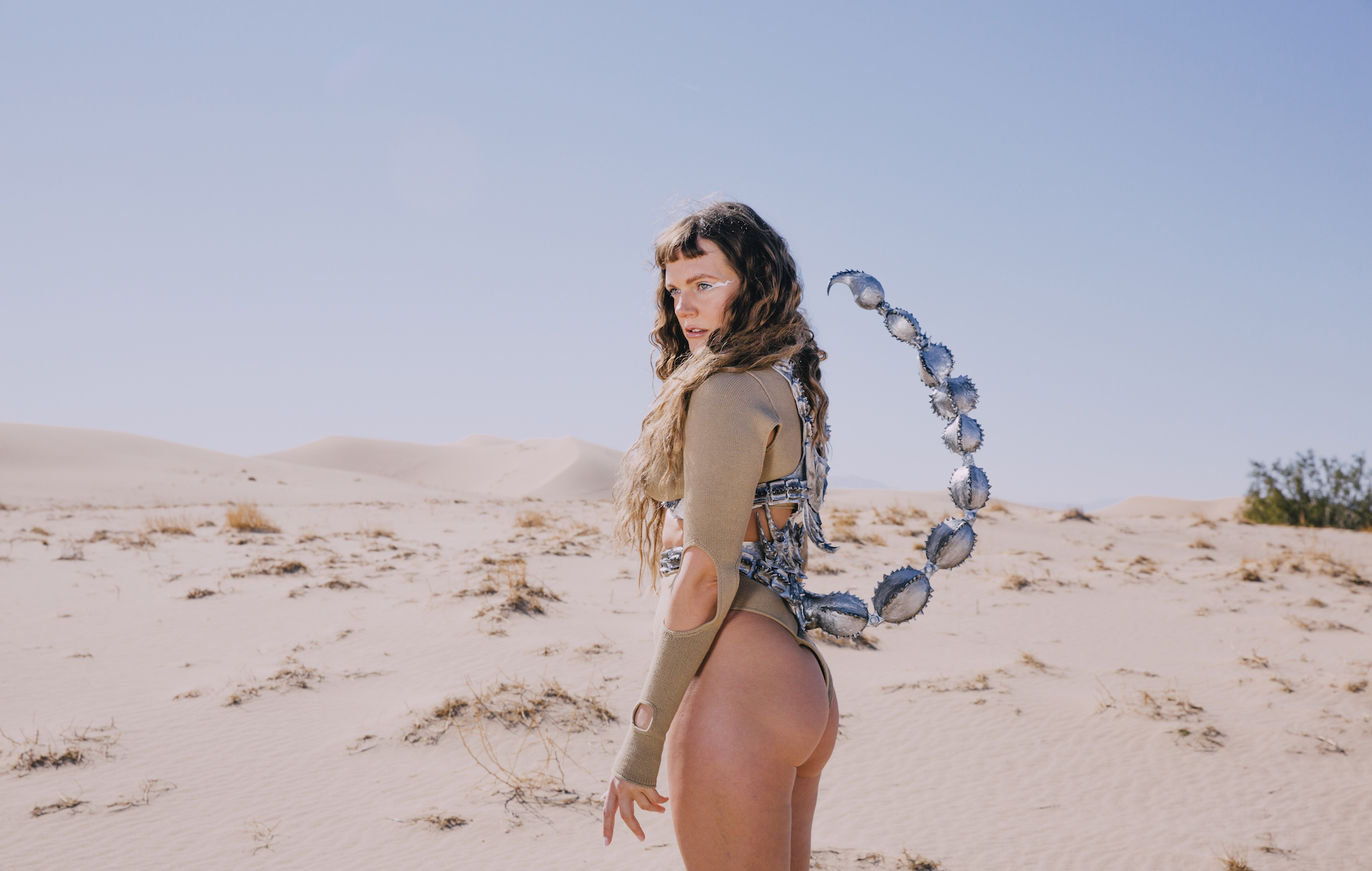 On Tove Lo’s fifth album ‘Dirt Femme’, she’s the boss. A bold collection of alt-pop tracks that see her exploring femininity in all its facets, it also marks a first for the Swedish singer-songwriter: it’s the first album she’s put out through her own label, Pretty Swede Records.

“I love having the last word on everything,” she jokes while discussing her new role as label head with NME in north London. Having assembled a team of collaborators she trusts implicitly for Pretty Swede (“I’m a collaborator: I have a great team around me that I try to really listen to. I don’t think I know everything – I think that’s important when you start your own label!”), she’s enjoying taking the lead: “It’s a lot of work, and it’s kind of terrifying at times, but I love it.”

Her debut release through her own label demonstrates Tove Lo’s clear creative vision. A record that fuses her signature sound with new influences and features a host of intriguing collaborators, these sonics are accompanied by her brutally honest lyrics. ‘Suburbia’ – which opens “Now here I am with you / I never wanted babies” – dissects the societal pressures women face to do things the “normal way” by following a set path of marriage and babies. It’s a typically Tove Lo approach to songwriting, smuggling in powerful themes through killer hooks.

Ahead of the album’s release, Tove Lo joins us for the latest in NME’s In Conversation series to discuss ‘Dirt Femme’, working with First Aid Kit and having ‘How Long’ feature on Euphoria. Here’s what we learned.

The original working title for Tove Lo’s fifth studio album, she explains, was ‘Feminine’. “A lot of the songs play into my relationship with my femininity, how it’s helped me and hurt me, and how I used to not really feel as proud of my feminine traits as I do now,” she says of the album’s earliest moniker.

As an emerging artist, there were times when she felt the need to “to enhance my masculine traits while getting ahead in this industry” in order to fit in with the male-dominated world of music. “I would see my feminine traits as weakness instead of strengths, and that’s really changed over the years. So there’s a roughness to me in ways that I also embrace.”

Her debut film role helped her overcome her creative block

The writing process for ‘Dirt Femme’ began with ‘No One Dies From Love’ back in January 2020. “I remember thinking, ‘I can’t wait to put it out before the summer festivals this year,'” Tove Lo recalls of the track. “And then obviously [we all hit] pause”. For the rest of the pandemic-hit 2020, she didn’t write a single song. “I was not inspired at all. But once I started doing acting classes for [2021 film The Emigrants], it was kind of method acting, but also mainly digging through your past to find traumatising memories that I could use in this role as a starving prostitute from the 1850s in Sweden, which was my character in the movie.”

Being in one place for so long and doing this “kind of therapy work”, as well as being totally outside of her comfort zone while making the film, meant Tove Lo finished filming feeling inspired and ready to write. “I think that’s why it’s so dramatic, cinematic and emotional,” she adds of the album, which was written in 2021.

Working with First Aid Kit was a dream

Midway through ‘Dirt Femme’ there’s a quieter moment of reflection in the form of the gorgeous ‘Cute & Cruel’. A collaboration with Swedish sisters First Aid Kit, it’s a brief respite among the sugary synth-pop and slinky electronics that dominate the rest of the record.

“I think because it feels like such a turn on the record, I wanted to lean into that,” Tove Lo explains of her decision to approach the folk duo to appear on the track. “I’ve been a fan of them for forever, I know them personally. And I think I was just like, ‘Who do I hear on this song? I feel like it’d be good to add someone else’s flavour on this.’” The result is a stunning, stripped-back cut that sees Tove Lo and First Aid Kit provide lush, close-knit harmonies over a plucked guitar riff. “I’m just very, very happy it worked out, and I can’t wait to play it live with them. I think that’s going to be beautiful.”

‘Dirt Femme’ includes an unlikely sample in the form of Hot Butter’s ‘Popcorn’. Appearing on ‘2 Die 4’, Tove Lo meshes the 70s synth-pop classic with modern electronics and crunchy production. Reflecting on how the sample came about, she explains to NME that when working on the song with Swedish producer Oscar Görres, they initially set out to explore a more “’90s trance [sonic] world”. Having created the track’s opening synth riff, ‘Popcorn’ then “just popped into my mind!”

Singing the melody on top of the synth chords, they realised that ‘Popcorn’ fit so perfectly that they set about clearing the sample, which they were thankfully able to do. “That was honestly the biggest challenge, putting lyrics that had a message against that melody. It was really hard, but it worked! It’s my first time ever sampling or doing anything like that, and I’m happy it’s this one.”

Having ‘How Long’ feature in Euphoria was an honour

The very first taste we got of ‘Dirt Femme’ was ‘How Long’. Serving as the record’s lead single, its release back in January coincided with its appearance in an episode of HBO‘s Euphoria. A huge fan of the show, it was a feature that Tove Lo was keen to manifest. “When I saw the first season of Euphoria, I was floored. I was like, ‘This show is made for me, I need to have a song in this show.’”

Determined to make it happen, she wrote a letter to the show’s creator Sam Levinson and sent the showrunners a few songs that she thought could fit the show. “I just said, ‘I’m a huge fan of the show, I love the way it’s shot, the visual story, the rawness of it, I just think it’s amazing,'” she recalls. “‘I’d be super honoured if you’d play one of my songs in the show, here’s some options.'” And it worked – after all, if you don’t ask, you don’t get.

The post Five things we learned from our In Conversation video chat with Tove Lo appeared first on NME.

Jawny: lively alt-pop star building his own world in the city of dreams

Best horror games: what’s the best horror you can play in 2022?