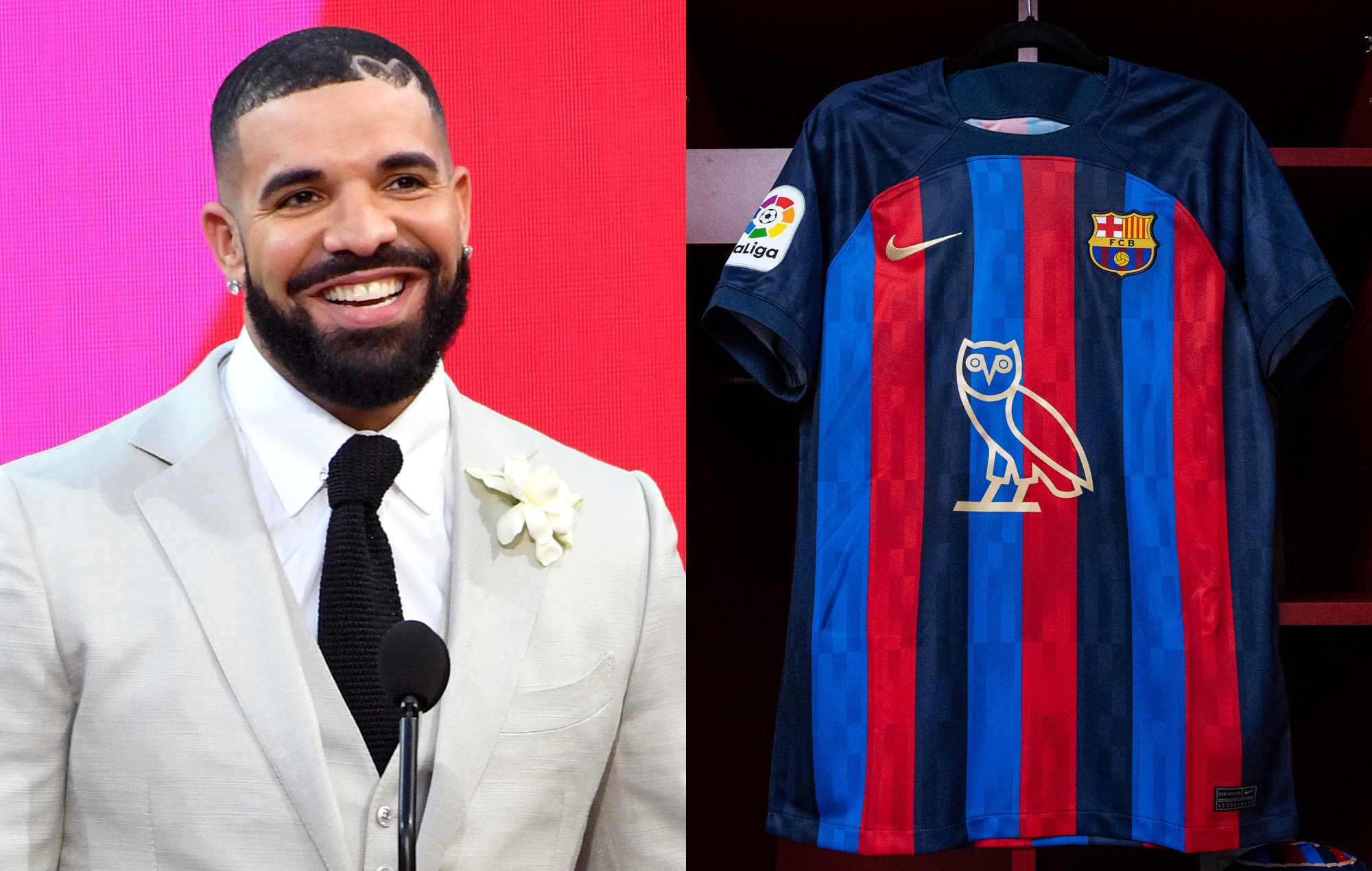 During their El Clásico match against Real Madrid this weekend, FC Barcelona will celebrate Drake becoming the first artist to reach 50billion streams on Spotify with a special kit dedicated to the rapper.

It comes as part of the football club’s continued partnership with the streaming platform, which was announced in March this year. During the match, which will take place this Sunday (October 16) at the Santiago Bernabéu Stadium in Madrid, the FC Barcelona team will wear a special kit featuring the owl logo of Drake’s label, OVO Sound.

Drake himself has announced the collaboration on his Instagram page, sharing an image of the shirt to his followers. “This doesn’t feel real but it is,” he wrote.

“We were really excited to celebrate one of the biggest games of the year and mark Drake’s milestone as the first artist to reach 50billion streams,” said Marc Hazan, Spotify’s VP of Partnerships, in a statement. “We’ve always said that we want this partnership to be a celebration of fans, players and artists on a global stage – and there’s no bigger stage than El Clásico.”

According to a press release, the jersey is currently limited edition and not for general sale, but advised that fans should “keep a close eye on [FC Barcelona] and Spotify social channels” for more information.

Since Spotify partnered with FC Barcelona earlier this year, it has integrated itself in the team in numerous ways. The team’s Camp Nou stadium is now prefixed with the word Spotify, and the company’s logo appears on the front of team shirts.

Last August, Drake shared a picture of himself in a FC Barcelona jersey, which the team responded to on social media:

In other Drake news, the rapper and singer has continued his boycott against the Grammy Awards, not submitting his eligible album ‘Honestly, Nevermind’ for consideration at the 2023 ceremony. It follows his criticism of the awards and the Recording Academy after he withdrew 2021 album ‘Certified Lover Boy’ from last year’s nominations.

We've compiled all of Charli D'Amelio's Dancing With the Stars season 31 performances.