Skip to the content
HomeNME Blogseasy life: the band’s most globetrotting moments… so far!

easy life: the band’s most globetrotting moments… so far! 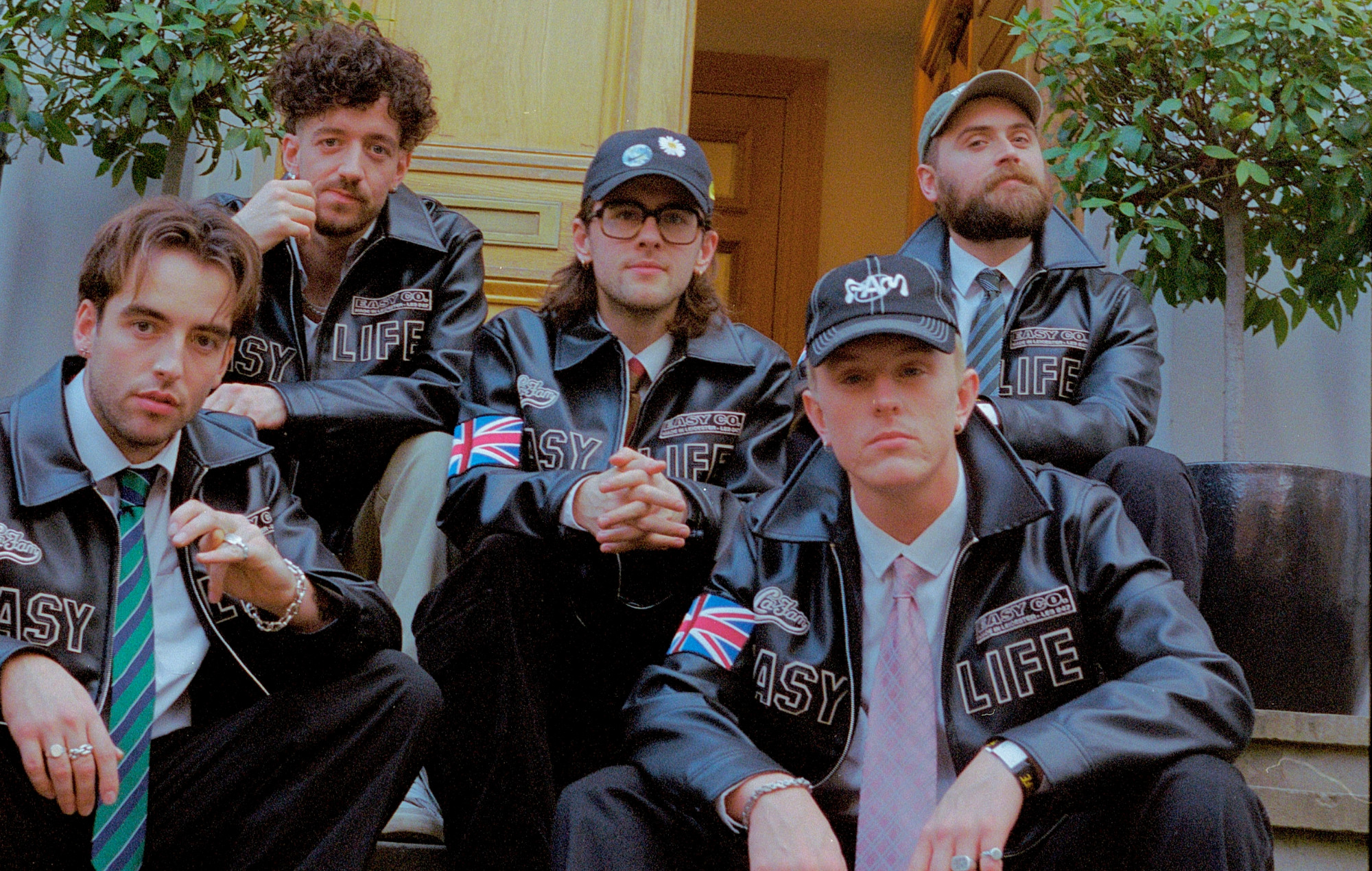 easy life’s stellar rise has been an enthralling one to watch: meshing pop, R&B, jazz, indie and beyond – along with a healthy dollop of relatability – the Leicester band have revitalised what it means to be a boyband in these times. After their debut mixtape and album garnered them covers of the NME, as well as an NME Award for Best New British Act in 2020, they soon captured the attention not just of their hometown, but the whole world.

With their new second studio album, ‘MAYBE IN ANOTHER LIFE…’, and its launch at Abbey Road Studios as part of DHL’s FAST-TRACK programme. DHL have teamed up with Universal Music Group to shine the spotlight on exceptional grassroots artists, fast-tracking them to global stardom by leveraging both companies’ local and global expertise. So, with this new collaboration, easy life will surely keep the global momentum going.

And how’s this to prove it: DHL and easy life have teamed up to press limited-edition LPs of their album launch performance, cut-to-vinyl at the historic studios. Through this, fans and DHL employees across the world can have a chance to win alongside tour tickets and other thrilling prizes through the DHL x easy life mini-game open today (October 17).

So as they gear up for another world tour, here are some of their most impressive global moments to date.

Keeping up with Korea

easy life’s reach goes as far as the other side of the world, and few go crazier than their fanbase in South Korea. In a packed-out Blue Square Mastercard Hall in the heart of Seoul earlier this summer, their devotees sang back every word – just like any dedicated fan would – and made their first time in Korea a memorable one.

The UK has Seoul

rumi is from south korea and she came to every show on this uk tour which is just amazing and we love her so we got her on stage at our last show in nottingham. tour diary: https://t.co/qKTFspgAdg pic.twitter.com/c0JkhXKhMZ

But Seoul native Rumi went above and beyond. In 2019, she travelled all the way from South Korea to follow the band around their UK tour; instead of simply waiting for the band to come to her, she came to them and showed why international fans are just as devoted as the ones at home. The gang even got her up on stage for their last show to salute her mighty efforts. Well in, Rumi!

King of the Landfill

For one of their most striking music videos, ‘Earth’, frontman Murray pranced around in a plastic junkyard – but it wasn’t just for comical joy, mind. The band wanted to make a statement on the environmental problems of today, flying over to a Moroccan landfill site to shoot the video and highlight the issues of wastefulness in modern societies.

Catching some vibes at Coachella

it was really nice of coachella to celebrate the release of our spaceships ep with this pic.twitter.com/yivdcxKmGm

In 2019, the band landed a slot on Coachella’s line-up, making for one of the band’s first-ever festival performances outside of the UK. Everyone knows how coveted the LA festival is, being on the bucket list of every pop star there is. So when you’re on a line-up with other juggernauts like Ariana Grande and 070 Shake, you know you’re doing something right.

Don’t give up the day job

For their latest video ‘ANTIFREEZE’, starring New Yorker Gus Dapperton, the band head to the East Coast this time, scooting around New York in ice cream uniforms, causing havoc in the Big Apple in an ice cream van. Ours is a whippy, Murray.

When asked what his favourite international moment before their DHL FAST-TRACK-powered gig, frontman Murray Matravers highlights a recent appearance at Summer Sonic festival in Osaka. Engulfed in such culture –  including a spot of karaoke – the band were honoured with the respect and love they got there: “We’re on really early, no kidding, like 11am in the morning in this arena,” Matravers says. “It was completely full. And for us, that was crazy”.

Bring a slice of the States to the Pyramid Stage

well that was phenomenal @glastonbury thank you so much pic.twitter.com/8UnVIUGRVC

Despite being on home turf, the band brought the world to them with Brockhampton leader Kevin Abstract duetting with the band on ‘DEAR MISS HOLLOWAY’, a recent collaboration. Yes, Kevin might have fumbled on his words, but it was still a mighty surprise for fans to see a US rap star living it up on Worthy Farm.

But whilst being back in the UK, why not pay your hometown a visit? The Leicester lot did just that at their 2021 arena homecoming. Performing in what they call “the greatest city in the world”, it was one of the biggest performances in the band’s career. It just goes to show that, no matter how much international love you get, the love at home is even stronger.

Coming together with DHL FAST-TRACK for a fantastic celebration all about their second album with fans worldwide, easy life have never stopped being globetrotters. And with the help of the worldwide competition via the DHL X easy life mini-game live now, there’s many more international moments to come.

The post easy life: the band’s most globetrotting moments… so far! appeared first on NME.

Louis Tomlinson Unveils ‘Out of My System’: Listen

“Out of My System” is the second track from Tomlinson's forthcoming album, 'Faith in the Future.