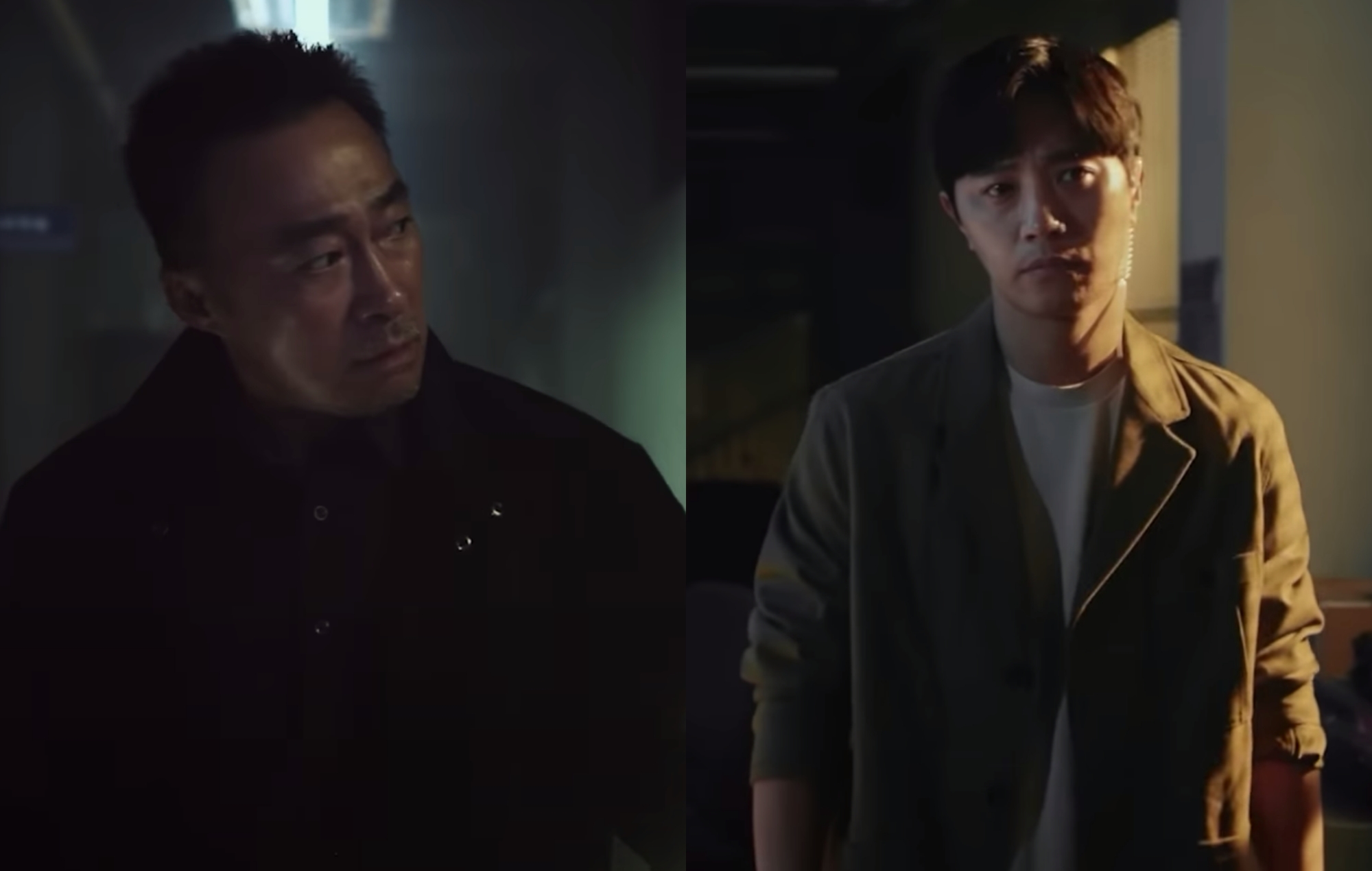 Disney+ has shared the first trailer for its upcoming crime-thriller drama Shadow Detective, starring Lee Seong-min (Juvenile Justice) and Jin Gu, best known for his role in Descendants of The Sun.

Set to premiere on October 26 exclusively on Disney+, the forthcoming series follows veteran police detective Taek-rok (played by Lee), who is framed for a murder just as he is about to retire from the force. The true murderer hides his identity while stalking Taek-rok, and blackmails him into re-investigating some of his past cases.

In the new trailer, Taek-rok wanders the empty police station after hours as an eerie tune plays on the radio, later coming across a stack of folders in an interrogation room. The screen splits, showing fellow officer Kook Jin-han (Jin Gu) as he walks into the main office and shuts the radio off, looking suspicious of his surroundings.

Taek-rok receives a text that reads “murderer”, and at that moment, a shadow seems to run past both police officers in their respective scenes, kicking off a thrilling chase.

Shadow Detective also stars Gyeong Su-jin (Mouse, Train), as well as Lee Hak-ju (The World Of The Married, My Name) in its supporting cast. The series is directed by Han Dong-hwa, who previously worked on tvN’s Navillera.

In other K-drama news, Disney+ announced last week that it has a new original crime-action series titled The Worst of Evil in the works. Expected to premiere in early 2023, the forthcoming series will star Ji Chang-wook (If You Wish Upon Me), Lim Se-mi (True Beauty) and Wi Ha-joon (Squid Game, Little Women).

RAYE on scoring UK Number One single with ‘Escapism’: “It’s the ultimate validation”