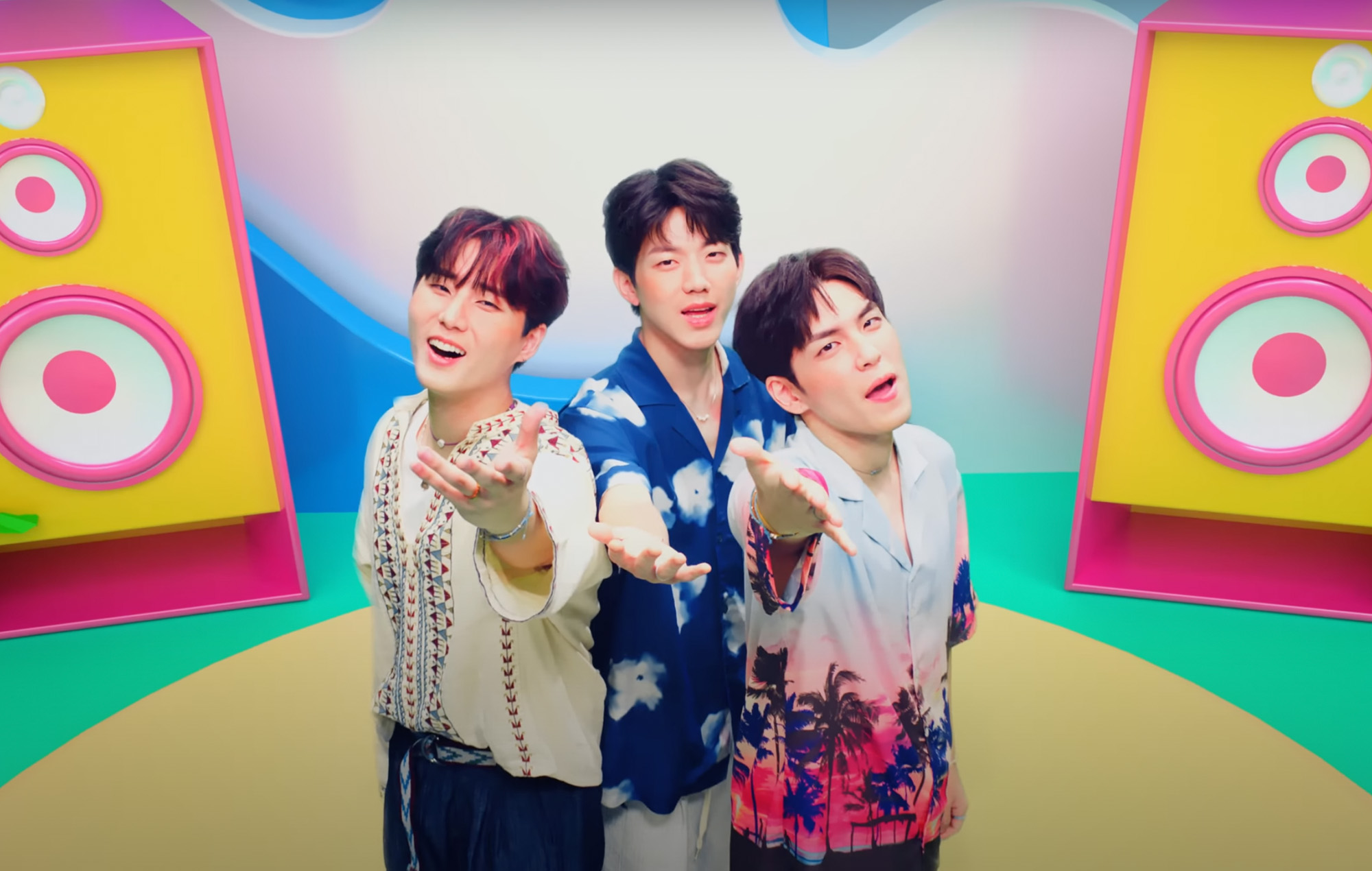 Day6 (Even of Day) briefly reunited for a special performance on a recent episode of KBS’ Immortal Songs.

Members Young K, Wonpil and Dowoon took the stage for the variety show’s 74th Armed Forces Day special, which aired on October 1. The trio, dressed in their military uniforms, performed their 2019 hit ‘Time of Our Life’ and their rendition of singer Kim Min-woo’s 1990 single, ‘In the Enlistment Train’.

“Honestly, even to me / This moment right now / Feels like a dream because I’m with you / For this day / I prepared many things,” the trio belted out in their performance for ‘Time of Our Life’.

In August, the subunit released ‘Darling of the Beach’—a single that serves as a “summer present” for their fans. The track, likely pre-recorded before the members commenced their military service, marks new music from the subunit in over a year.

Prior to this, Day6 (Even of Day) released their sophomore mini-album, ‘Right Through Me’, in 2021. That record, led by a single of the same name, was the follow-up to their 2020 debut release ‘The Book of Us: Gluon’.

The post DAY6 (Even Of Day) reunite for a special live performance appeared first on NME.

Vote Now for Your Favorite Albums and Songs of 2022