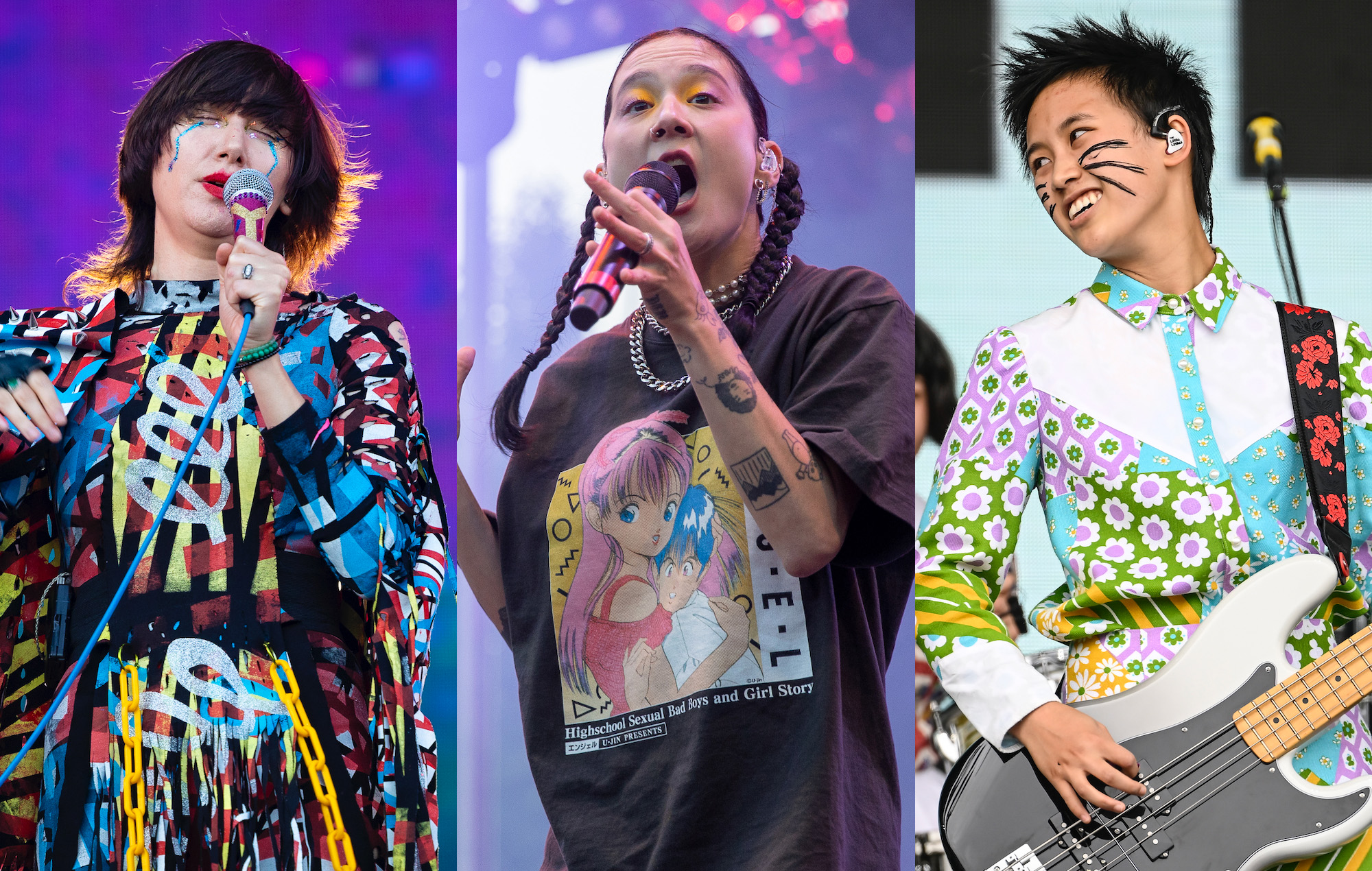 To kick off the encore at their LA show on Thursday (October 6), Yeah Yeah Yeahs welcomed out The Linda Lindas and Japanese Breakfast – both of whom opened the show – to perform a cover of Kim Wilde’s 1981 hit ‘Kids In America’.

Yeah Yeah Yeahs are currently touring in support of their recent fifth album, ‘Cool It Down’. The LA gig – one of two special shows announced back in May – took place at the 17,500-capacity Hollywood Bowl, and opened with the band inviting Perfume Genius out to perform their joint single ‘Spitting Off The Edge Of The World’ (the new album’s lead single).

‘Kids In America’ was the first of two songs performed in Yeah Yeah Yeahs’ encore, rounded out by ‘Date With The Night’ (the lead single from their 2003 debut ‘Fever To Tell’). Elsewhere in the show, the band performed five other songs from ‘Cool It Down’ and three more from ‘Fever To Tell’, as well as three from 2009’s ‘It’s Blitz!’ album, two from 2006’s ‘Show Your Bones’, and only one from 2013’s ‘Mosquito’.

Have a look at crowd-shot footage of the ‘Kids In America’ cover below, then see Yeah Yeah Yeah’s full setlist (via setlist.fm):

Yeah Yeah Yeahs’ next shows will be in Mexico – they’re set to perform at the Studio Theater Cavaret in Zapopan on Thursday November 17, before appearing at this year’s Corona Capital festival that weekend. Find tickets and more info here.

The LA gig followed a one-off show in New York at the start of the month. In a four-star review of that gig, NME’s Erica Campbell wrote: “There’s a rebelliousness, and uncontainable spirit shining from the Yeah Yeah Yeahs, ones that continues to inspire generations of musicians, one that is raw and felt intensely.

“It’s an energy that could be felt in Forest Hills on Saturday night, from the front row to the nosebleeds. It’s the same delightful and defiant energy that sent the sea of New Yorkers back to their appropriate boroughs buzzing, grateful they got to see the Yeah Yeah Yeahs grace their hometown again.”

‘Cool It Down’ arrived on September 30 via Secretly Canadian, and in addition to ‘Spitting Off The Edge Of The World’, was supported by the single ‘Burning’. The album itself earned four stars from NME, with the review – also penned by Campbell – calling it “a creative testament to how refreshing it can be for bands to look forward instead of backwards”.

The Many Times Loretta Lynn Made Awards Show History

The music mogul had way too much fun recreating the Clown Prince of Crime.