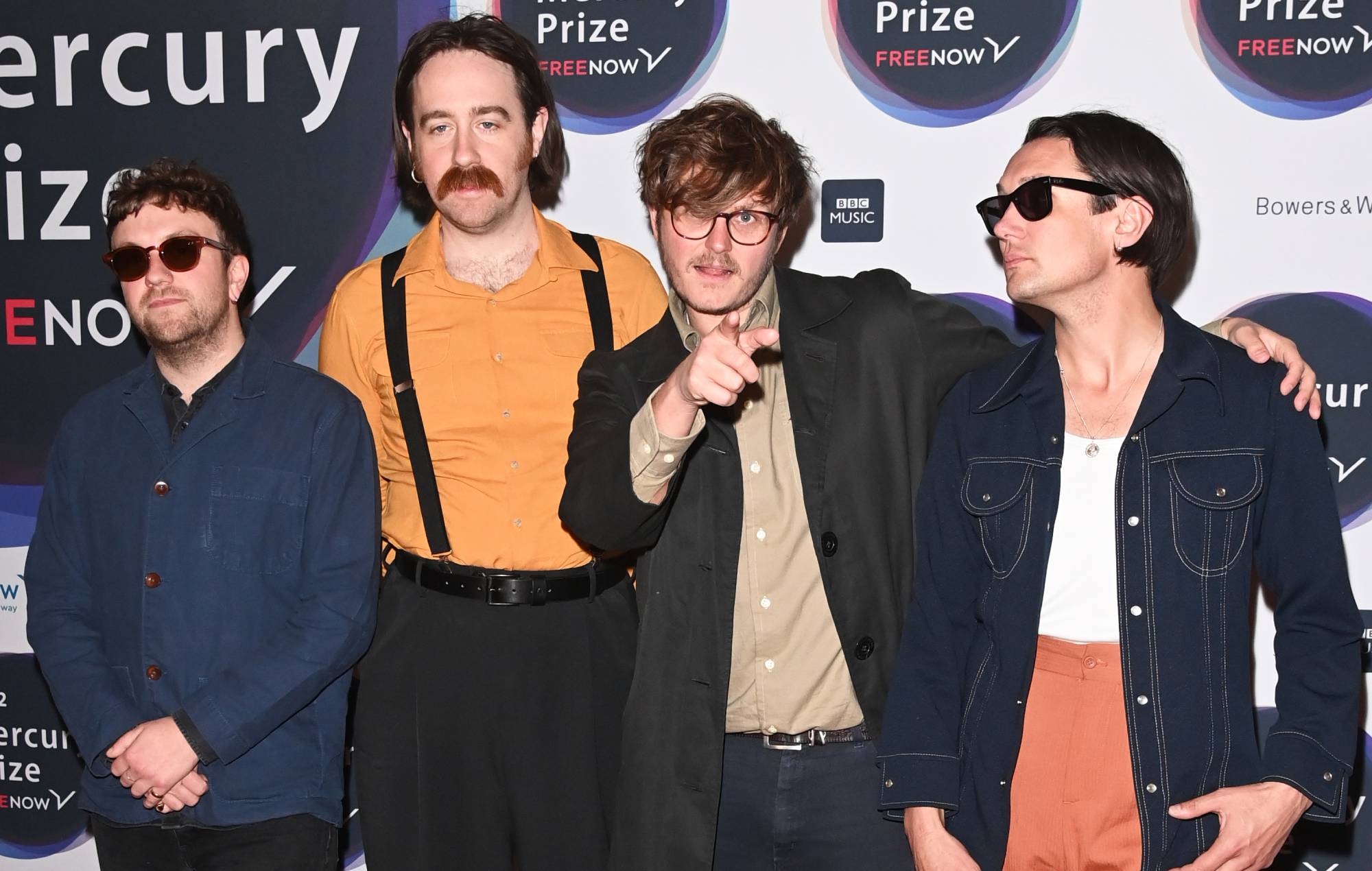 Yard Act have spoken to NME about their experience of meeting Beck on their recent US tour, as well as news of the lyrics for their next album being finished. Watch our full video interview with the band above.

The Leeds band were speaking to NME on the red carpet of the Mercury Prize earlier this week, fresh from a run of US show where they were “the kings of New York three days ago”.

Asked if they had been “breaking” America, frontman James Smith replied: “Yeah, it’s broken now! Someone at the airport in Philadelphia knows who I am. America’s wicked.”

Guitarist Sam Shjipstone continued: “I love it. I’m not sure about the little bullshit rules they have everywhere, like you can’t drink in the back of a van, you can’t cross the road, you can’t put your own gas in the can, you can’t smoke in a petrol station or on a plane.”

Smith then agreed: “Some things they’re fine with, like carrying guns around, but other things like crossing the road you go to prison for! It’s a fascinating place. The west coast especially; the landscapes are gorgeous. You do that drive from the top down to the bottom and it’s gnarly. It’s like nothing else. It is still a wild, wild country, and I get a lot from going there.”

While out in the States, the indie four-piece also did their fair amount of rubbing shoulders with some of their musical heroes.

“We went to Beck’s house, which was quite good,” said bassist Ryan Needham. “The band Gustaf that we were touring with, one of them knows him. We turned up at this house. I think he was quite tired, then 14 of us turned up leathered. He was quite welcoming, wasn’t he?”

Smith also revealed: “Two of Fugazi came to our Washington D.C. show as well. I met [drummer] Brendan Canty. Also, Channel 4 News – Siobhan Kennedy was there, which was interesting. We also met the drummer from Spacehog in San Francisco! We’ve got celebrity fans out there in America!”

The last time NME caught up with Yard Act they claimed that the follow-up to their Mercury-nominated debut album ‘The Overload’ was taking shape as a “loose concept record”. Is that still the case?

“It’s not loose. It’s complex and it’s finished,” said Smith. “We’ve not recorded any of it, actually – I’ve written all of the lyrics, though.”

Teasing that the album was “about a roadie for U2 who has a son called Bono“, Smith added that fans should expect their second album “sometime late next year, as long as don’t get booked for any more tours!”

“We do need some time to record it,” he added. “We’ve not had time yet. We’re going to crack on with it.”

Speaking of live shows, the band just announced some of their biggest headline dates yet for a UK and Ireland tour in 2023 – where Smith teased that fans can expect “Monopoly money confetti cannons, and probably a couple of new songs.”

The Mercurys saw the band square up against the likes of Sam Fender’s ‘Seventeen Going Under’,  Self Esteem‘s ‘Prioritise Pleasure‘, Kojey Radical‘s ‘Reason To Smile’ and Harry Styles’ ‘Harry’s House’ for the prize, but ultimately lost out to Little Simz’s ‘Sometimes I Might Be Introvert‘.

Watch our full video interview with Yard Act at the top of the page, where they also discuss their fellow nominees, karaoke songs of choice, and the danger of gambling debts.

The post Yard Act talk meeting Beck and when to expect their “complex” next album appeared first on NME.

The K-pop star has earned two Top 10 entries on the World Albums chart to date.

Madonna Teases She’s ‘Back At It’ in the Recording Studio

The icon most recently unveiled her remix compilation Finally Enough Love: 50 Number Ones.

The rapper also gives Heidi Gardner a lesson how to do her signature tongue move.