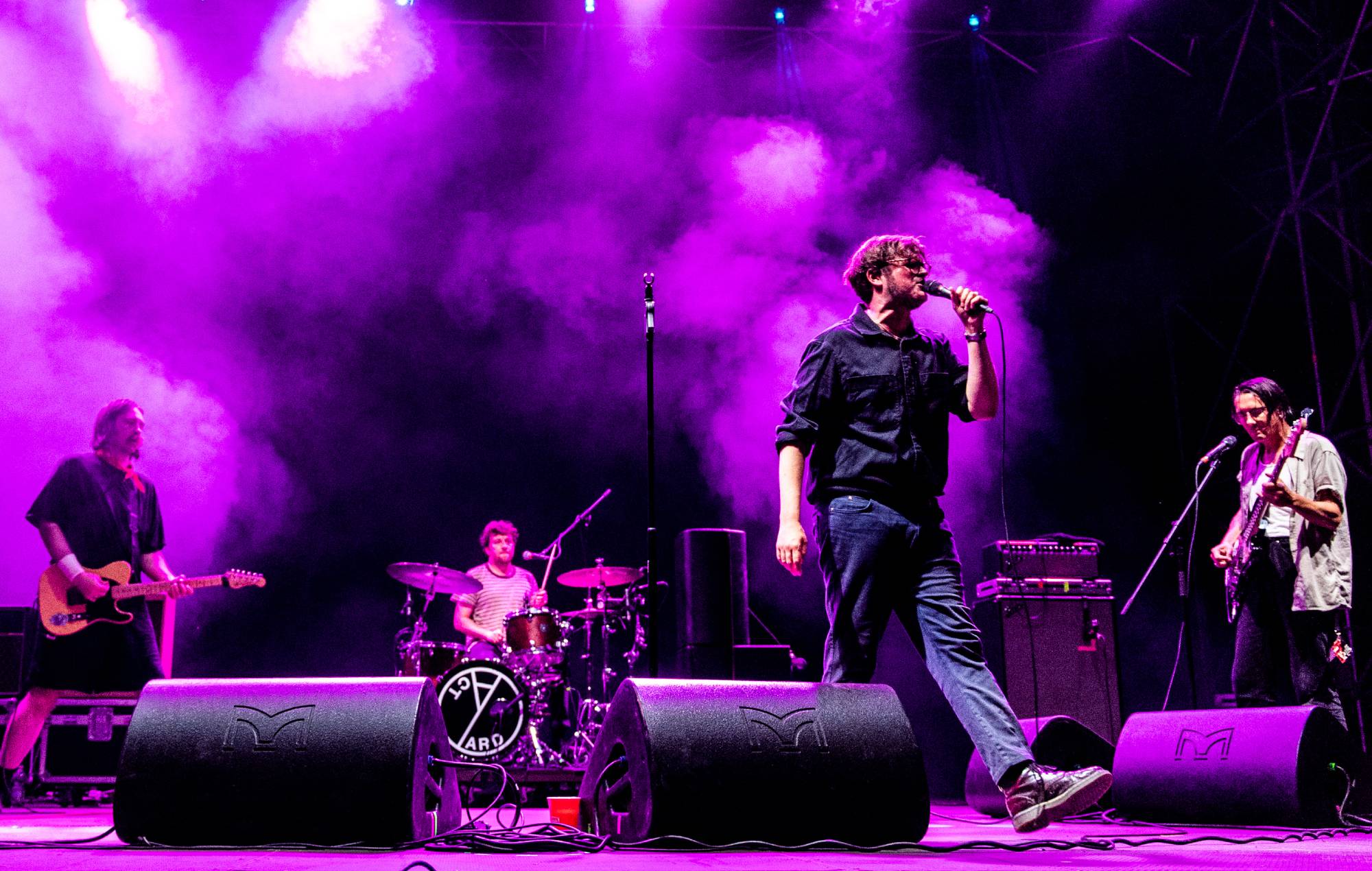 Yard Act have announced four UK and Ireland shows for 2023 which will bring the curtain down on the band’s tour behind their debut album, ‘The Overload’.

Released back in January, ‘The Overload’ has been nominated for next week’s 2022 Mercury Prize.

Having toured extensively this year in support of the record – the band were named as this summer’s most-booked new act at European festivals – Yard Act will now “put ‘The Overload’ tour schedule to bed” with four of their biggest headline shows to date in April and May 2023.

“OK, we are putting ‘The Overload’ tour schedule to bed,” the four-piece wrote in an announcement this morning (October 14).

“Four final shows in four of the greatest venues these fair isles have ever seen.”

OK, we are putting The Overload tour schedule to bed.
4 final shows in 4 of the greatest venues these fair isles have ever seen.
Sign up to the YA mailing list for exclusive access to presale, starts 10am tomorrow 15 Octhttps://t.co/muciQn5RG3
General sale 10am 18 Oct
Y.A. xx pic.twitter.com/94MzlPiyqq

You can see the details of Yard Act’s newly announced 2023 live dates below.

Before that, Yard Act will hit the road next month for a sold-out UK tour – you can see those dates below.

Here’s Everything Megan Thee Stallion Did as SNL’s Host

Meg starred as a nurse working at the Hot Girl Hospital, a fitness instructor specializing in big bu