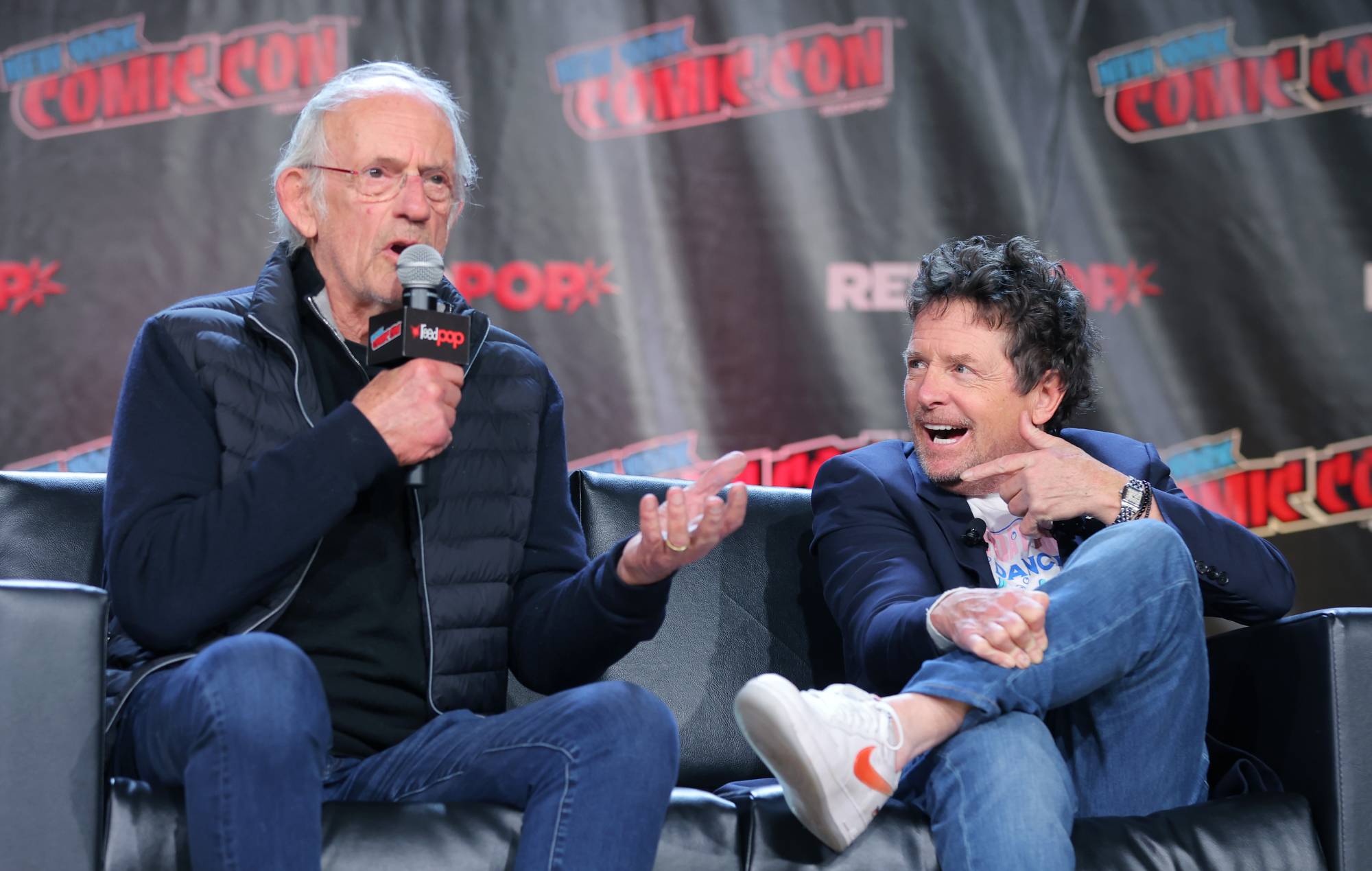 Michael J Fox has reunited on stage with his Back To The Future co-star Christopher Lloyd  this weekend (October 8). Check out the emotional moment below.

The two were on stage at New York’s Comic Con event and reflected on their 20 year friendship and their career together, which began in the iconic Back To The Future film.

“I didn’t know Michael other than hearing about him,” Lloyd said about Fox before the pair started working together. “There was immediate chemistry, as they say”, he said about the moment the pair met on the set of the film.

Fox described Lloyd as “the king of exposition”, adding: “No one wants to do exposition because it’s boring…The freaking thing is you retain it all, because he’s just so good at it, and he’s brilliantly entertaining… I would be like, ‘I gotta watch my ass, because this guy will blow me off the screen.’”

The session ended with the pair giving advice to the audience with both choosing film quotes. Fox quoted his favourite film, Dr. Stranglove, saying: “You can’t fight it here, this is the war room!” Lloyd went with a Back To The Future quote, saying: “It was said once in a movie—the future is what you make it.”

On Twitter, fans reacted to the moment saying “I’m not crying, you’re crying” while another described the pair as “the best”. One fan in the audience said it was “a beautiful moment” to see the pair together again.

Check out the moment the two reunited here along with some fan reaction:

Michael J Fox and Christopher Lloyd reunited at Comic Con is all the wholesome content you need on a Sunday. pic.twitter.com/zd3yDJKcUY

If you were a teenager in 1985, then Michael J. Fox was your guy. Marty McFly in Back to the Future is the coolest teenager in cinema history.
Watching him hug Christopher Lloyd like this is so beautiful. #BackToTheFuture #MichaelJFox pic.twitter.com/sniP95YE1J

This iconic duo from Back to the Future, always in my heart

The original Back To The Future directed by Robert Zemeckis released in 1985, followed by two sequels in 1989 and 1990 respectively.

Since his breakout turn as Marty McFly, Fox has starred in 1989’s Casualties Of War, The Frighteners and ABC sitcom Spin City. In 1998, the actor publicly disclosed he’d been diagnosed with Parkinson’s disease seven years prior, aged 29.

After numerous guest appearances and voice roles, including the Stuart Little films and Atlantis: The Lost Empire, Fox retired from acting in 2020 due to his declining health.

Lloyd has since played Uncle Fester in 1991’s The Addams Family and its sequel, along with countless voicework roles in Anastacia, DuckTales The Movie, and Cartoon Network series Over The Garden Wall.

Before Back To The Future, he had his breakout role in 1975’s One Flew Over The Cuckoo’s Nest.

The post Watch the emotional moment ‘Back To The Future’s’ Michael J Fox is reunited with Christopher Lloyd appeared first on NME.

‘Game Of Thrones’ fans pay tribute to Wilko Johnson: “He made a terrific Ilyn Payne”

Here’s when you can play ‘God of War Ragnarok’