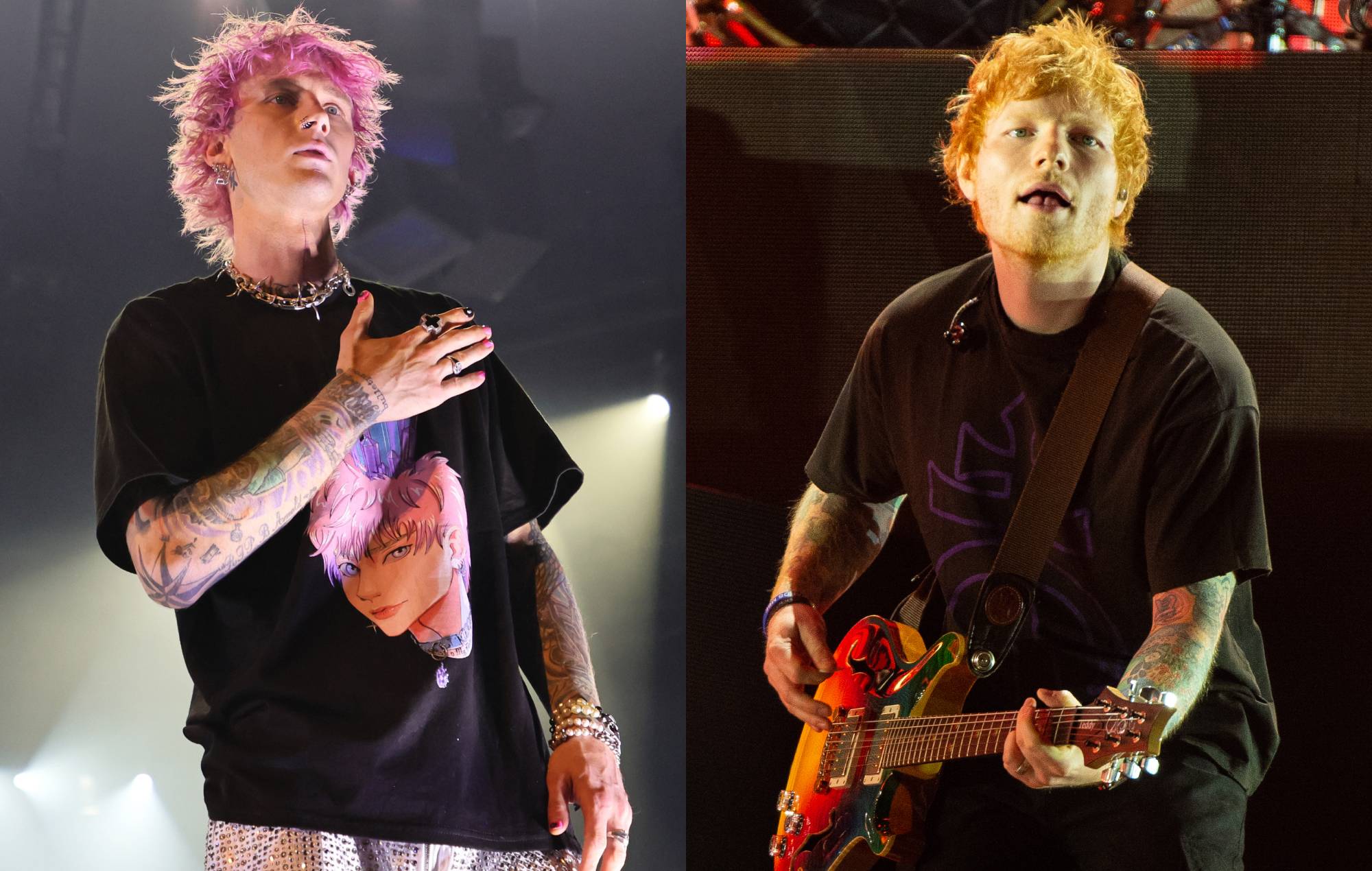 According to Setlist.FM, the singer performed his track ‘Why Are You Here’, leading into ‘Thinking Out Loud’, and following with his songs ‘Banyan Tree (interlude)’, ‘Jawbreaker’ and ‘Sid & Nancy”‘.

“See I came here I think I’m Ed Sheeran all of a sudden,” the singer joked on stage.

Watch fan-shot footage of the performance below.

Reviewing MGK at Wembley Arena, the first UK date of his world tour, NME wrote: “It’s a swaggering bravado that dominates the two-hour, 29-track show from its first seconds, when he appears on Wembley Arena’s stage via pink helicopter.”

“Making Wembley Arena feel intimate, Machine Gun Kelly owns the stage for the duration of the concert. Backed by a five-piece band, the aggressive moments from his past two albums shake the foundations of the venue while cuts from the rap-heavy ‘Hotel Diablo’ inspire countless moshpits.

“The last time he was in London, it was at Brixton Academy, ‘and it didn’t look like this,’ laughs MGK before promising, ‘We are just beginning’. After tonight’s show, all bets are off about what comes next.”

Machine Gun Kelly with a trilogy of shows in Kingston tonight

A month before Bennington’s death in 2017, Kelly performed with Linkin Park in Poland, and was set to support the band on the North American leg of their ‘One More Light’ world tour, which was cancelled following Bennington’s passing.

“We had a tour that we were about to start and three days before we started that tour, Chester passed away,” Kelly told the audience. “The last time I saw him was here in Europe, so I encourage you, because life is short, to go live this life. I know it’s hard, man. I know this shit is fucking hard. But nights like tonight make life worth it.”

Vince Gill, Don McLean & More to Be Inducted Into Musicians Hall Of Fame

Nicki Minaj Dresses Up as Cheeky Cinderella for Halloween

The rapper's version of the princess is quite the "Super Freaky Girl," complete with two rather NSFW