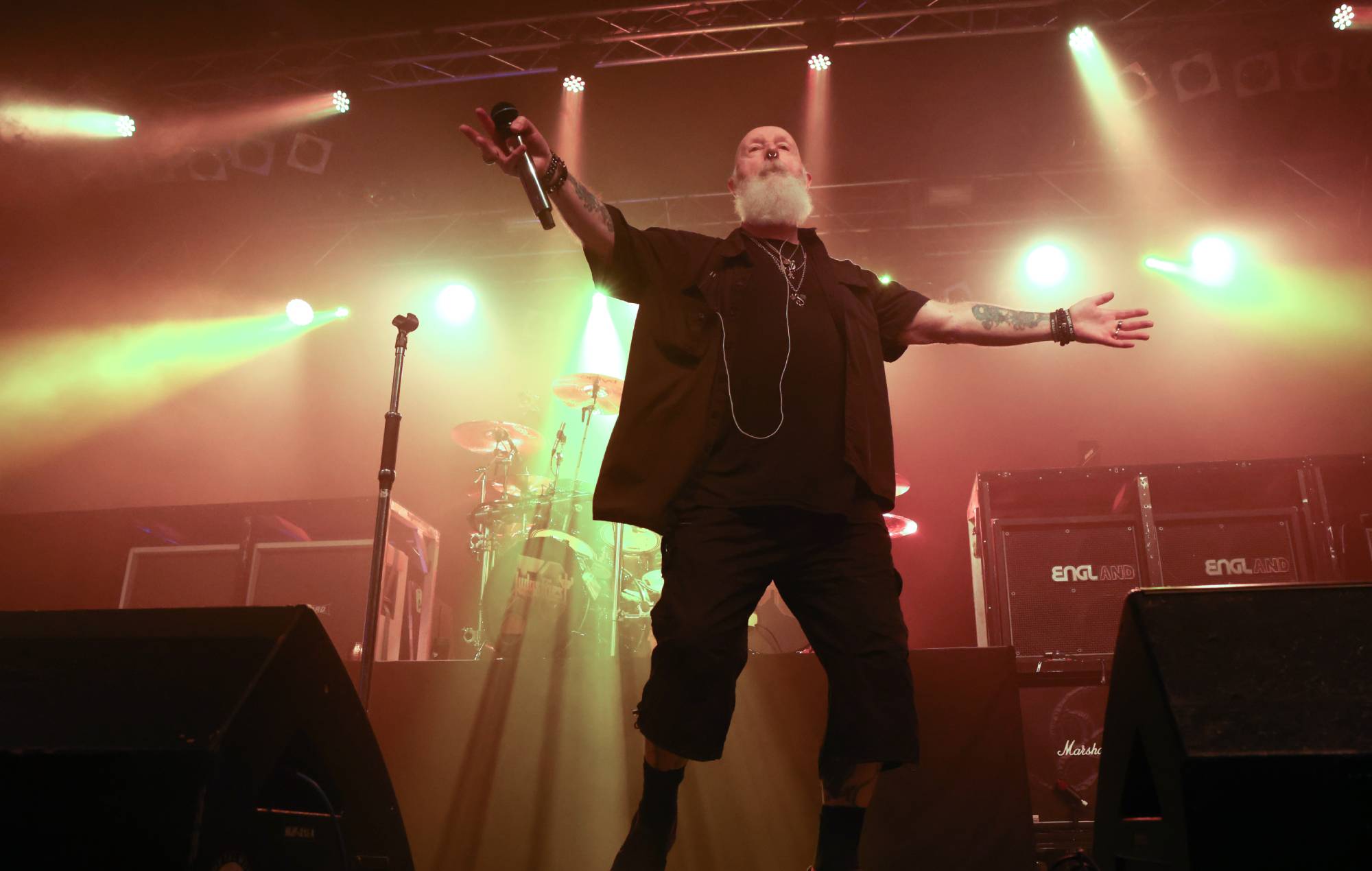 The band launched the latest US leg of their ’50 Heavy Metal Years Tour’ in Wallingford, Connecticut earlier this week (October 13th) and performed ‘Genocide’ to the surprise of many fans in attendance.

The set list featured fan-favourites as well as other rarities together with songs from the band’s acclaimed 1982 album ‘Screaming For Vengeance’, which turns 40 this year.

Check out the moment the band played ‘Genocide’ below and view the full setlist:

Judas Priest Setlist:
‘The Hellion / Electric Eye’
‘Riding on the Wind’
‘Heading Out to the Highway’
‘Jawbreaker’
‘Never the Heroes’
‘Beyond the Realms of Death’
‘Judas Rising’
‘You’ve Got Another Thing Comin’’
‘Steeler’
‘Between the Hammer and the Anvil’
‘Halls of Valhalla’
‘Firepower’
‘Genocide’
‘Screaming for Vengeance’
‘Hell Bent for Leather’
‘Breaking the Law’
‘Living After Midnight’

Recently, the band’s Rob Halford said he was “a bit pissed” that Judas Priest weren’t honoured as one of the main performer inductees for the Rock & Roll Hall Of Fame this year.

Joel Peresman, the president of the Rock and Roll Hall of Fame Foundation, previously said: “This award gives us flexibility to dive into some things and recognise some people who might not ordinarily get recognised.”

But in a recent interview with AZ Central, Halford expressed his frustration over not being listed among this year’s main Rock Hall honourees which include Eminem, Duran Duran and Dolly Parton.

“I was a bit pissed. At the end of the day, does it matter?” the frontman said. “Some days, I go, ‘No, it doesn’t matter. We’re in the Rock And Roll Hall Of Fame. Be grateful. Shut the hell up’. And then there are other days where I’m like, ‘God damn, why did they give us the Musical Excellence Award?’ Because it sounds very, you know, grandiose. ‘The Musical Excellence Award, reserved for blah, blah, blah’.”

Halford continued: “I just felt a little bit like, ‘Well, [Black] Sabbath got this [as performers in 2006]. So why can’t we have that?’ Not that I’m jealous of Sabbath. I’m just talking about this tag that they give it…Why do they put these tags on the damn thing? Why don’t they go, “Welcome. You’re in the Rock and Roll Hall of Fame” and leave it at that.”

He added: “It’s as though we got this far. We’re, like, one step away, you know? I know it’s silly, but it’s just frustrating.”

Back in May, Judas Priest confirmed that their former guitarist K.K. Downing will join them at their 2022 Rock Hall induction.

John Sykes, the chairman of the Rock & Roll Hall Of Fame Foundation, said in a statement that each inductee “had a profound impact on the sound of youth culture and helped change the course of rock ‘n’ roll”.

‘Game Of Thrones’ fans pay tribute to Wilko Johnson: “He made a terrific Ilyn Payne”