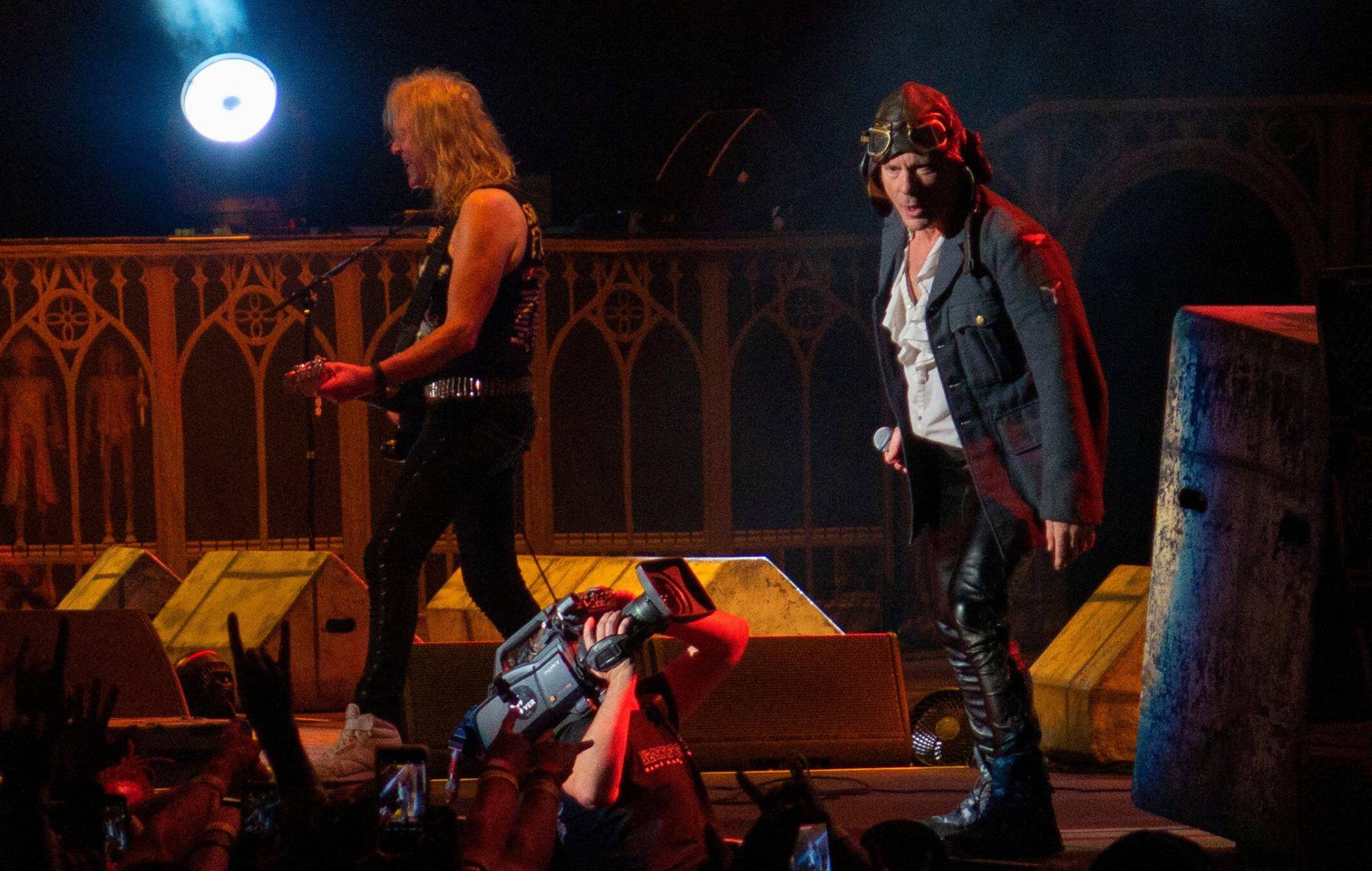 Iron Maiden‘s Bruce Dickinson physically removed a fan from the stage during the band’s recent show in Anaheim, California.

The long-running group are currently in North America as part of their ‘Legacy Of The Beast World Tour’, which will conclude on October 27 in Tampa, Florida.

As Blabbermouth reports, Iron Maiden were closing their set at their September 22 show at Anaheim’s Honda Center with ‘Aces High’ when they were unexpectedly joined on-stage by a fan.

Dickinson, who initially appeared to beckon the fan on-stage, then proceeded to grab the man by the back of his shirt after he began headbanging towards the crowd. Video footage shows Dickinson leading him off-camera, before the frontman then swiftly rejoins the rest of the band to finish the song.

You can watch the moment in question below.

Back in July, Dickinson stopped an Iron Maiden show in Greece when he spotted a fan with a flare.

As the band launched into ‘The Number Of The Beast’ at the Olympic Stadium in Athens, Dickinson sang the line “What did I see?” before then shouting “a cunt with a fucking flare!” after seeing the fan lighting a flare in the crowd.

Iron Maiden will embark on a UK and European tour next summer. You can see their upcoming tour dates for 2023 below and find any remaining tickets here.

The three-night event will take place at the Footprint Center in Phoenix, Arizona.