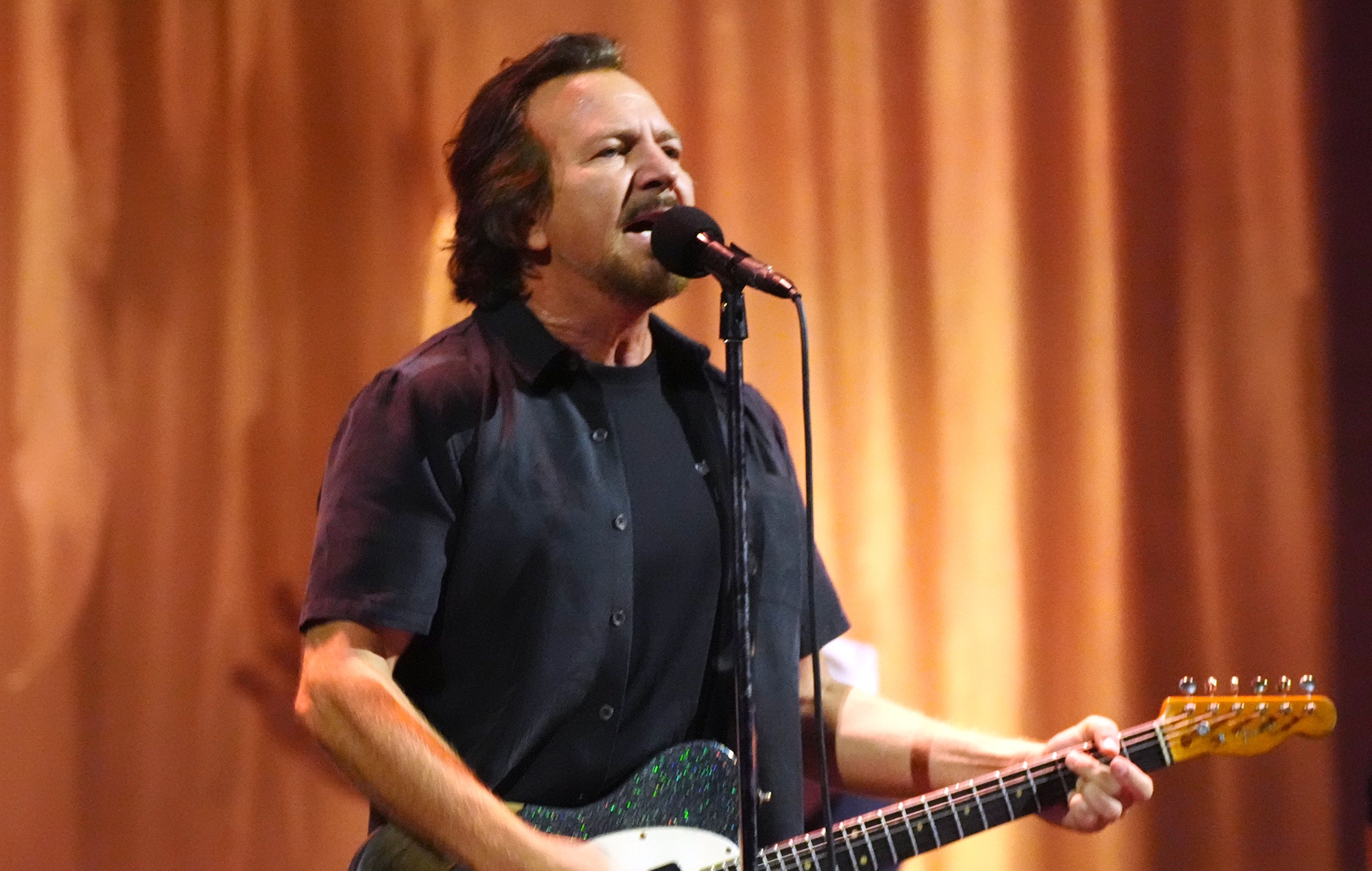 Eddie Vedder performed a cover of The Cure‘s ‘Just Like Heaven’ at a solo show this week – check it out below.

On Friday night (October 7), the Pearl Jam frontman played a gig with his band The Earthlings at the Dolby Live at Park MGM venue in Las Vegas.

During the gig, Vedder explained how he and his family would host COVID dance parties at home during lockdown, and that ‘Just Like Heaven’ was on the playlist.

“I will always have great memories of those incredible dance parties,” he told the crowd. “The kids would come in and check on us and kind of get embarrassed and have to leave, but we had a fuckin’ blast. This is one of the ones that we would play.

“We’ve never played it before — we only played it about an hour ago right before we came out, but we’re gonna try it now.”

Check out the cover below.

Last month, Vedder joined Stevie Nicks at his Ohana Fest in California to perform ‘Stop Draggin’ My Heart Around’ together.

The Pearl Jam frontman has been running his own California-based festival since 2016, and over those years has hosted a series of collaborations on its stage. In 2021, he formed a new band for a covers-filled set after Kings of Leon, who were due to headline the event, pulled out after the death of their mother, Betty Ann.

The Cure, meanwhile, kicked off their 2022 world tour in Latvia this week (October 6), debuting two new songs and welcoming guitarist and keyboardist Perry Bamonte back to the band.

Having long teased the band’s long-awaited “merciless” new record – after telling us that two new albums were on the way back at the last NME Awards back in 2020 – Smith revealed to NME earlier this year that one of them would be “real very soon” and would be called ‘Songs Of A Lost World’.

At the Latvian show, they played the songs ‘Alone’ and ‘Endsong’, both believed to be on the new record.

What time is ‘The White Lotus’ season two on TV?

Cher and Kelly Clarkson Trade Tales About Willie Nelson’s Bus: ‘I Got a Contact High’

Do you believe in life after bud?

The Grammy-winning rapper called in to 'The Breakfast Club' for Angela Yee's last day as co-host.