Skip to the content
HomeFeaturesViola Davis: “Everyone is born worthy, you don’t have to hustle or barter for it”

Viola Davis: “Everyone is born worthy, you don’t have to hustle or barter for it” 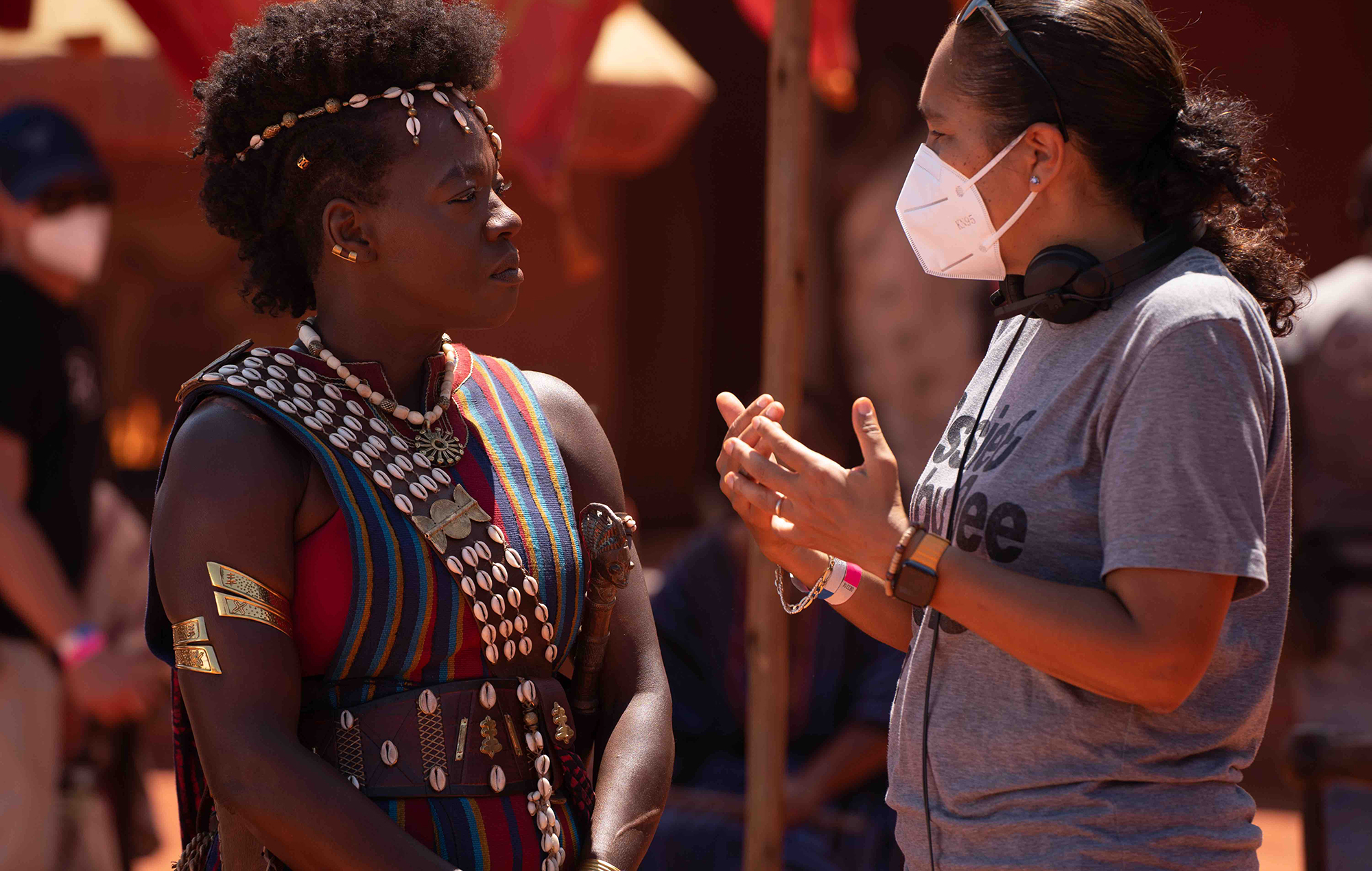 In challenging times like these, we need messages of hope and strength – and The Woman King definitely delivers. With powerhouse turns from an all-star cast including Viola Davis, Thuso Mbedu and Lashana Lynch, it’s the rousing true story of the Dahomey Kingdom in West Africa and their all-female military regiment the Agojie, led by Davis’ General Nanisca.

Known for her many acclaimed roles in dramas like Fences and The Help, as well as blockbuster flicks such as The Suicide Squad, Davis brings an emotional and physically challenging performance to the film, as does co-star Thuso Mbedu who plays young upstart Nawi.

We sat down with them to discuss the importance of The Woman King’s story, not only for women but anyone who’s looking for inner strength to get them through a tough spot.

Hey Viola, what is the most important thing we can learn from The Woman King?

Viola Davis: “As women, it’s how to tap into our power, to tap into what is already within us. And not just seeing our bodies as adornment, but as something that can work for us. Something that is a powerful machine that can serve us in situations. Even when you are looking at a deficit, you have the power to not just overcome it, but survive it and create the sort of life that you want to see for yourself.”

When you were younger, you said you tried to conform to society’s view of “femininity” – has that changed?

VD: “[Academic and bestselling author] Brené Brown has a saying: ‘You’re imperfect and you’re wired for struggle but you’re worthy of love and belonging.’ And I think that says it all. Somewhere along the line, someone told us who we were instead of asking us who we were. I think that most people want to leave this Earth as their ideal self – and your ideal self is not just a body and a physical manifestation of other peoples’ desires, it is that voice within you that is a sacred space.”

Thuso, you got to do some incredible fight scenes – were they fun to make?

Thuso Mbedu: “They were definitely fun to make, and extremely hard to make too. This is the first time I’ve ever had the opportunity to do my own stunts – and I wanted my stunt performance to match my acting performance. As much as I enjoy building the character, [the stunts] are something that we couldn’t let take a backseat. You would find us training before or after shooting. It was hard. Hard but fun!”

Did either of you discover anything about your body you hadn’t realised before?

VD: “Everything! I was in shock that I could do it. When I started, I’m not gonna lie, I told my husband: ‘I don’t know if this is gonna work, but I’m gonna do the best I can.’ Then, all of a sudden we were doing it… and I’m still alive!”

Thuso, Nawi is incredibly strong inside but very impetuous. Were there any elements of her character that you saw within yourself?

TM: “There are more differences between me and Nawi than there are similarities, which is something that always excites me. It becomes a challenge, an opportunity for growth and an opportunity to experience the world differently. There were many moments when [director] Gina Prince-Bythewood said ‘more swagger’. Nawi is fully confident in who she is. There is no self doubt. Even when she makes unnecessary mistakes, she runs with it. Whereas I’m very careful. I’m very calculated. Everything needs to make sense to me before I do anything.”

Viola, your character is not only a general and a warrior but a mother – did being a mum in real life help you relate?

VD: “That maternal spirit is very much embedded in who we are as women – that instinct of always wanting to give, and then give some more. But there was also a part of Nanisca that didn’t feel like she was brave enough to be a mother. It’s my guess that in every mama is that doubt of ‘I’m not going to be good enough, I don’t think I have what it takes.’”

What do you hope people take away from the film?

TM: “For me, it’s always about your voice. And I say this regardless of where I find myself because my voice was stifled for so long. The characters in this movie are given a voice. Their existence is encouraged and celebrated. Your voice is valid, use it.”

‘The Woman King’ is in cinemas now

The post Viola Davis: “Everyone is born worthy, you don’t have to hustle or barter for it” appeared first on NME.

Will we ever get another ‘Star Wars’ game as fun as ‘Jedi Knight 2: Jedi Outcast’?