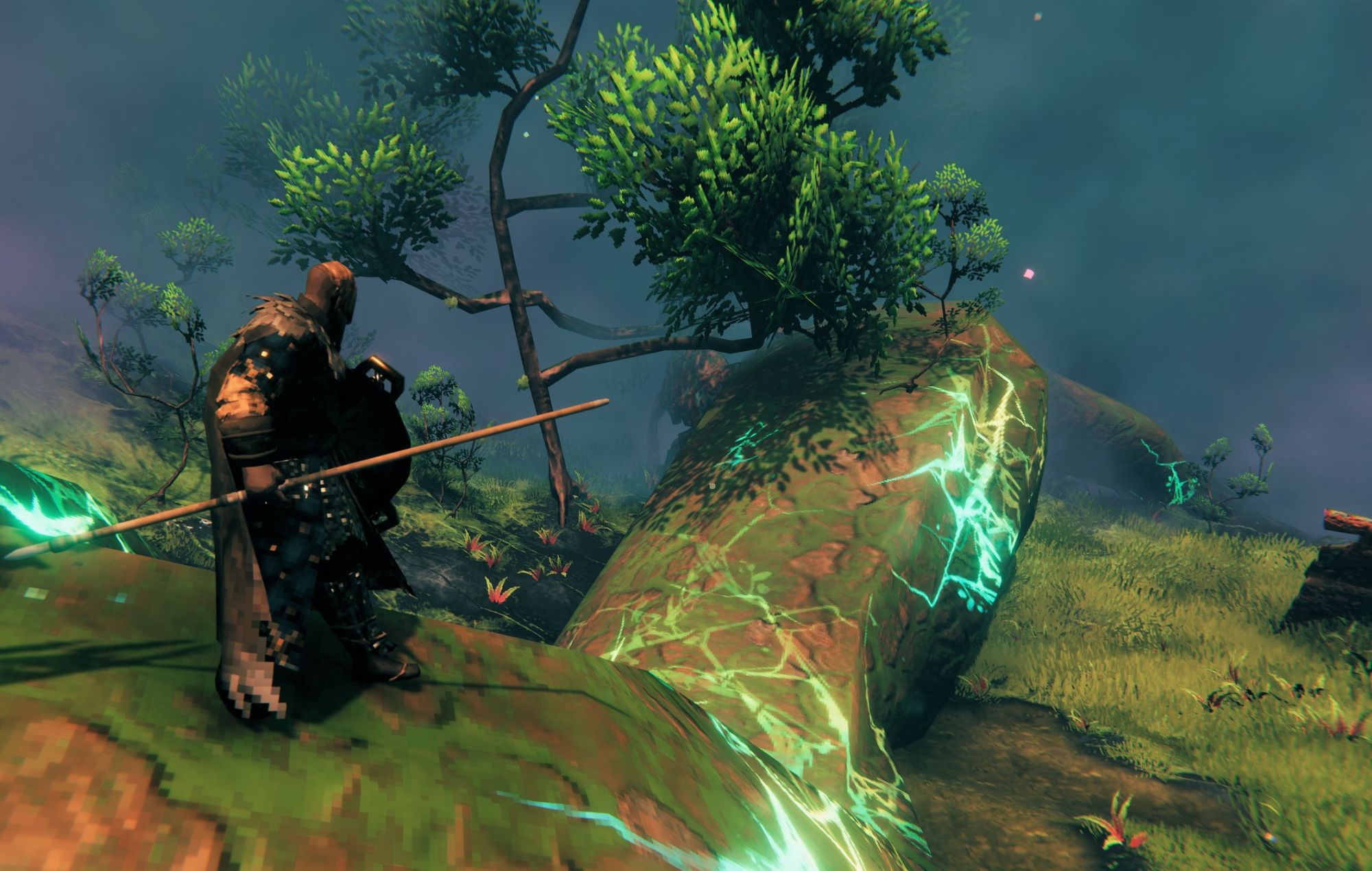 Valheim is gearing up to release the new Mistlands update which will see a large, currently empty, biome of the game populated with new possibilities.

Valheim contains the ancient sacred tree, Yggdrasil, which is currently inaccessible to players by any means. But in a teaser recently posted to the game’s Twitter page, a screenshot of a Valheim character walking on the glowing tree is seen.

This is the first time the tree has been seen in the physical world of Valheim. It is currently visible in the sky, but has never before touched the game world. It’s unclear whether the tree will be accessible in other biomes, but since this is a teaser for Mistlands many fans in the replies of the tweet have speculated that it will be traversable there.

The misty atmosphere of the Mistlands makes it difficult to see the scale of the tree or which direction it’s heading. Another new tree type is also seen in the background of the image, with some fans wondering whether this means a new type of wood can be harvested.

Also found in the replies to the original Valheim tweet, the developer says that the Mistlands update “will not be a full release of the game” however it does mention that “it’s a pretty chunky update” meaning there should be plenty of new content on the way.

Iron Gate has already teased some mysterious ruins as well as a new bow weapon which will be added in the Mistlands update. There’s no release date set as yet for the new update.

In other news, a satirical platformer has been released which sees Prime Minister Liz Truss starring in her own game in the form of In Liz We Trust? – where the PM must steal coins from the public to give to the City of London bankers.

Yaeji to release debut album ‘With a Hammer’ in April