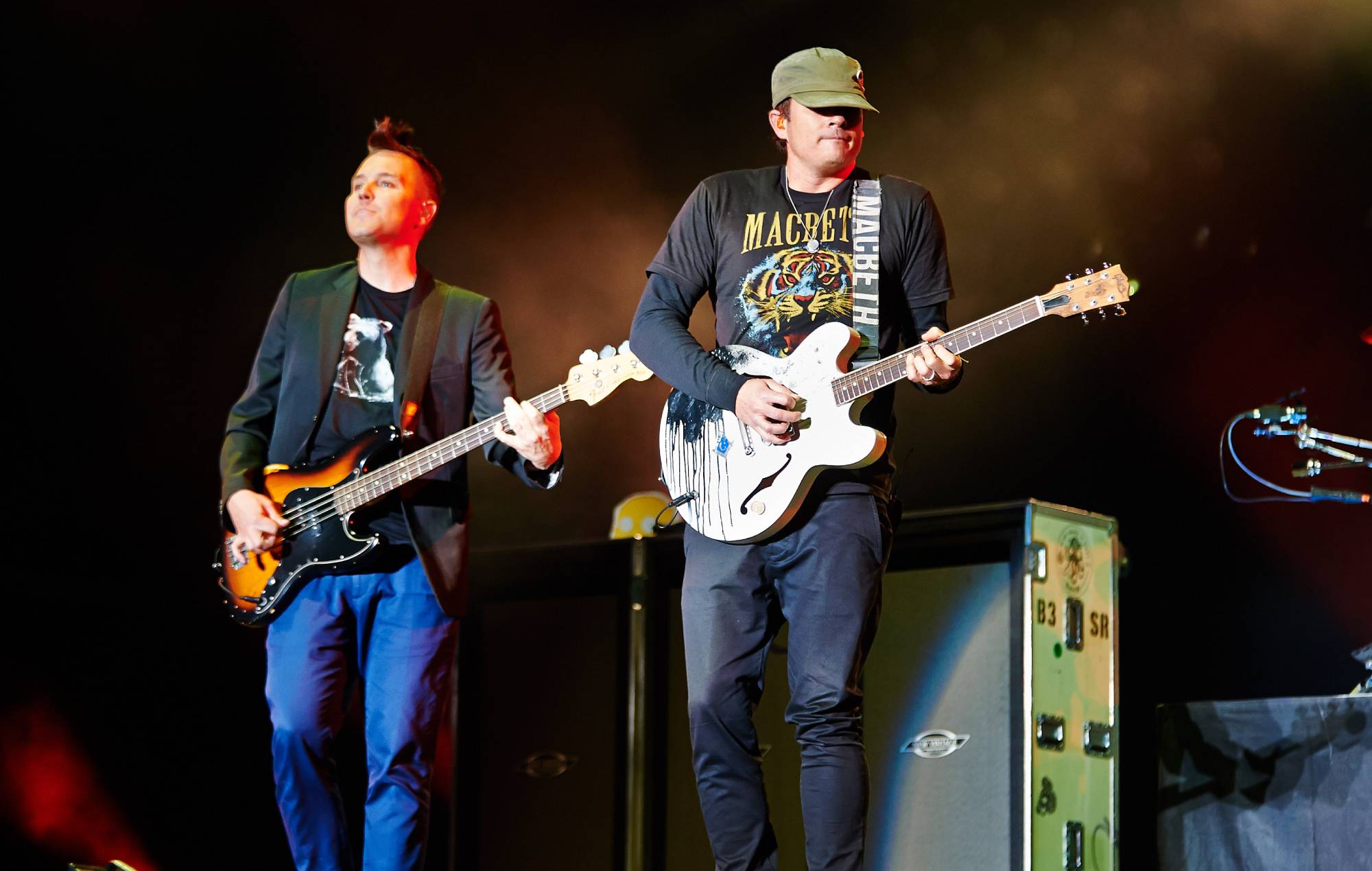 Tom DeLonge has shared his reaction to the news of Blink-182 reuniting for a huge world tour and new music.

The news, announced earlier today (October 11), was shared via a tongue-in-cheek video which confirmed that the band would be back with the classic line-up of DeLonge, Mark Hoppus, and Travis Barker.

Taking to his Instagram, DeLonge wrote: “What if I was to tell you we just made the best album of our career,” accompanied by a photo from the band’s earlier years.

Blink-182’s new single ‘Edging’ is set to arrive on Friday (October 14), and it marks the first time in a decade that the trio have been in a studio together (pre-save/pre-add here). A new full-length studio album is also in the works, though full details are yet to be revealed.

DeLonge and Hoppus started Blink-182 in 1992, eventually announcing an indefinite hiatus in 2005. In 2011, they reunited to release ‘Neighborhoods’ and continued to tour, before DeLonge departed the band in early 2015.

Back in July, Matt Skiba said that he didn’t know if he was still a part of Blink-182. The Alkaline Trio vocalist joined the band in 2015 as a replacement for DeLonge who left “to change the world for my kids”.

DeLonge then hinted that he’d rejoined the group later this summer, before Hoppus said the original trio were in “a really great place right now”.

Blink 182’s most recent album, ‘Nine’, came out in 2019. It was the second record to feature Matt Skiba, following on from 2016’s ‘California’. The last Blink project to include contributions from Tom DeLonge was the 2012’s ‘Dogs Eating Dogs’ EP.

In addition to the music news, the band have announced their biggest tour to date, with concerts confirmed in the UK, Europe, North America Australia and New Zealand as well as their first-ever shows in Latin America.

The post Tom DeLonge teases new Blink-182 as “the best album of our career” appeared first on NME.

Who is on ‘The Graham Norton Show’ this week?

Vivica A. Fox Urges Kanye West to Get ‘Help’ for His Children: ‘Don’t Ruin Your Legacy Like This’